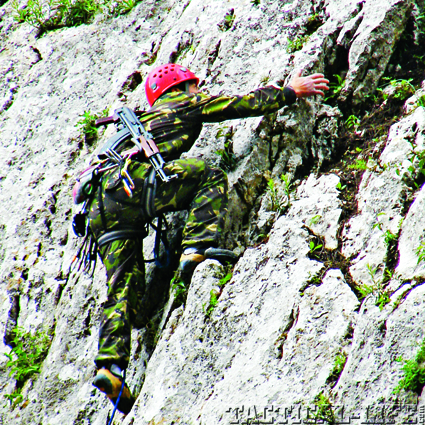 Great emphasis is placed on physical fitness. A Romanian mountain trooper free-climbs by hand with his AK folded and slung across his back.

Prior to 2000, Romania had an array of scouting units and airborne special operations battalions, as well as a Marine battalion and combat diver unit. In 2000, some of the airborne special operations battalions became parachute battalions, while others were disbanded. The 404th Scouting Battalion, always an elite unit, became the HumInt Battalion, which has been tasked with an array of clandestine missions, and the Marine Battalion continued as an elite unit. In October 2005, the Romanian Special Operations Command was formed consisting of a Special Forces Battalion, the DIR (Rapid Intervention Detachment) counterterrorist unit, and a Psy Ops unit. The Romanian Special Operations Command is considered a fourth branch of the Romanian armed forces along with the Air Force, Army and Navy. 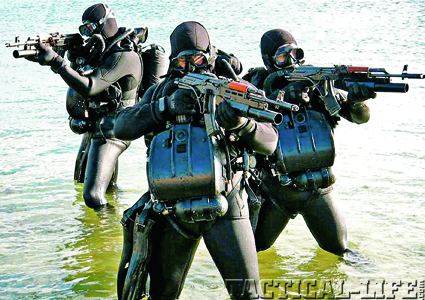 Romania has a long tradition of elite mountain troops and the mountain warfare training is considered very good. Headquarters for the unit is at Targu Mures. One advantage of this location for a special operations unit in which language capability is important is that Targu Mures is a trilingual town where German, Romanian, and Hungarian are spoken. Targu Mures is located in Transylvania. 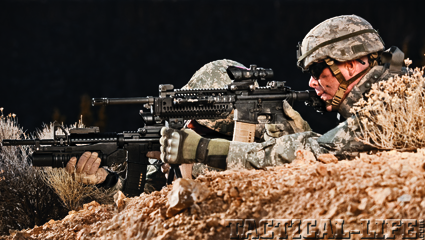