The term “commando” is so widely used today that it is easy to forget that the original Commandos were Winston Churchill’s “Steel Hand from the Sea” meant to harass the German-held coastlines of Europe during World War II. Churchill chose the designation “Commando” for his raiding units based upon his experience with the fast-moving, hard-hitting Boer Commandos he had faced in South Africa. However, it was the WWII British Commandos that started the elite tradition of raiders wearing green berets, which continues to today. 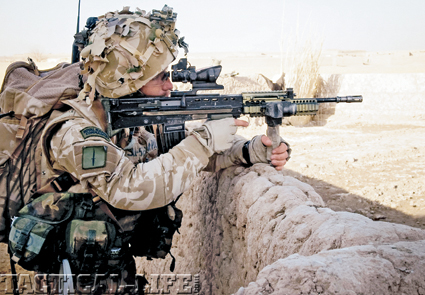 Armed with an SA80 rifle, a Royal Marine from 42 Commando Brigade defends his position during Operation Sond Chara in Afghanistan. 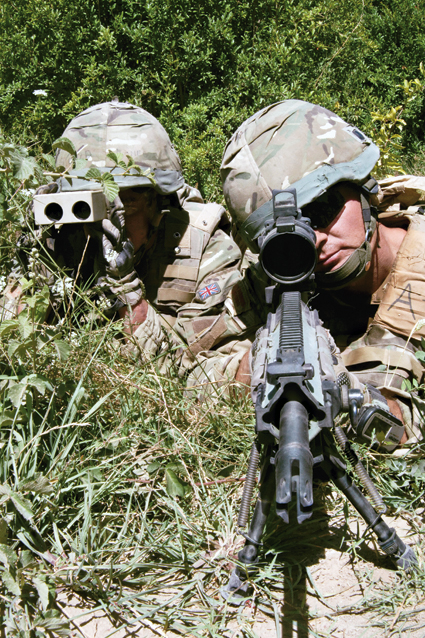 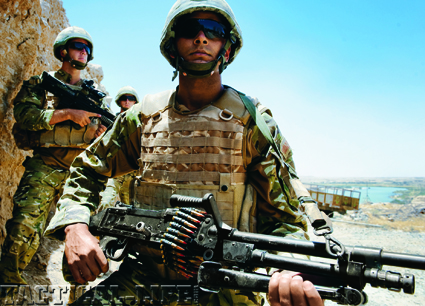 Though we know it as the M240 in American military terms, the belt-fed FN MAG serves as a general-purpose machine gun in the GWOT with Royal Marines.