The RRA Tactical Operator is designed from the ground up as a tactical operations carbine. It is shown fitted out with a Crimson Trace MVF-515 Red foregrip, Aimpoint Micro T-1 on a LaRue Tactical mount and a GG&G BUIS unit.

Like most, I remember when Rock River Arms shocked the AR community – a much smaller group back then – by winning the DEA contract. After that was publicized, it seemed every agency wanted Rock River guns — and it seemed that individuals wanted them too.

Chuck and Mark Larson founded Rock River Arms in 1996. They’d both worked with other gun makers before moving out on their own. For a while, they built AR parts, then AR and 1911 parts, then parts and AR guns. Within 7 years, their product was in the sights of DEA. After all the testing, DEA bought a number ARs from RRA and then a five-year contract followed. 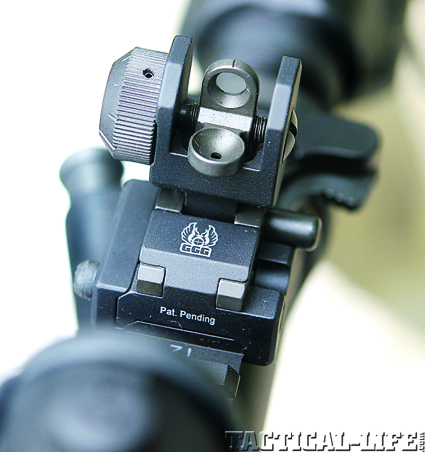 The author fitted out the rifle with a GG&G A2 spring-actuated back-up iron sight (BUIS) unit on the flat-topped upper receiver.

The model is known as the LAR-15 Elite Operator. RRA places some stock in their reputation with
this model. It’s apparent in the appearance of the piece that extra care was taken as if they took the gear they liked best and put it on one gun. 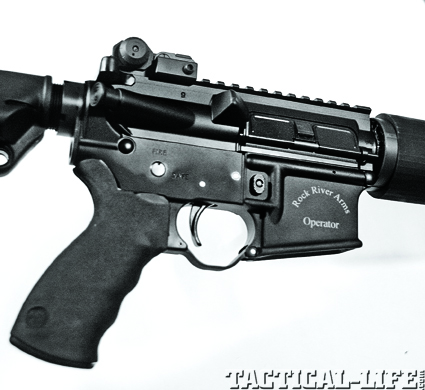 The Elite Operator features RRA’s Winter Trigger Guard that has a large, belled shape to allow gloved hands to engage the trigger.

To start with, the Elite Operator features a mid-length gas system. Traditional carbine-length gas systems are hard on the machinery. Are they hard enough that carbine gas system guns live out their useful lives with lower round counts? Probably not, but you’ll likely go through more parts. The abrupt nature of the shorter gas system leads to extraction issues if you don’t have the right extractor spring and insert installed. The 20-inch guns are more forgiving. 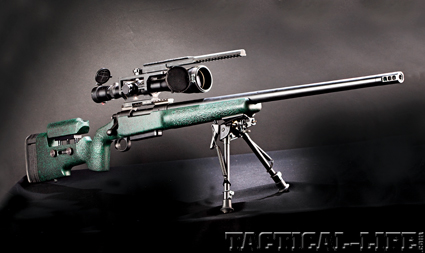