by Mike Boyle
in Guns, Rifles
0

2
SHARES
62
VIEWS
Share on FacebookShare on Twitter
The Ruger Gunsite Scout Rifle is a departure from any previous Ruger bolt-action rifle with a flash suppressor, military type sights, a forward scope rail, detachable box mag and much more. Shown here with a Burris 2.75x Scout Scope.

The concept of the scout rifle was originally conceived by Colonel Jeff Cooper over 30 years ago. Cooper, one of the world’s foremost small arms experts, envisioned a multi-purpose rifle that could serve equally well as a hunting or defensive instrument. Drawing on his considerable experience as a hunter and rifleman, Cooper weighed the merits of classic arms such as the Mannlicher-Schonauer M1903 and the Winchester M94 and began to envision what a modern scout rifle might look like. Both physical and performance criteria were established and a number of different prototypes were built to Cooper’s specifications.

Until fairly recently, rifle enthusiasts searching for a rifle that fit Cooper’s very specific requirements were faced with the prospect of spending a good amount of money on a rifle that was suitable, be it a custom or production variant. And these options would fulfill the role admirably of a single rifle that could serve multiple roles (hunting, self defense, etc.), but not on a relatively tight budget. 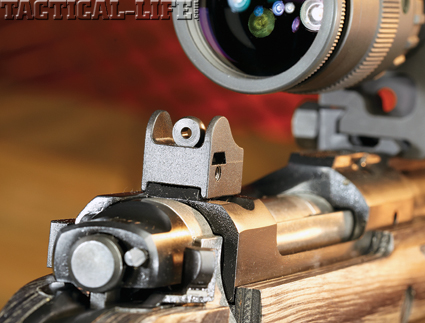 This year, Sturm, Ruger & Company, Inc., has introduced their version of the scout rifle, which, I predict, will put this concept on the fast track. Based on Ruger’s popular M77 bolt-action, the Gunsite Scout Rifle embodies a number of highly desirable features in a lightweight, compact package that is ideal for the LEO looking for a light and handy yet powerful patrol bolt gun.
Truth be told, I was more than a little skeptical about the whole scout concept early on. 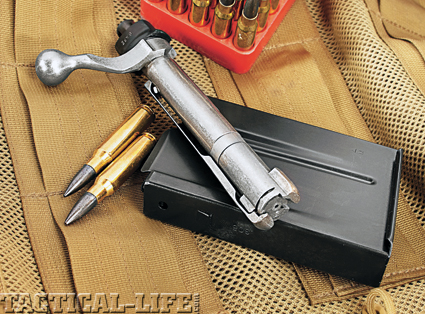