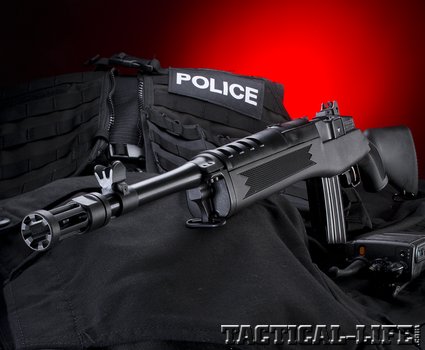 1 of 7
DSC_6559_phatch
Ruger’s Mini-14 Tactical combines the best features of battle classics like the Garand and M14 with new technologies to produce a duty-ready LEO carbine. 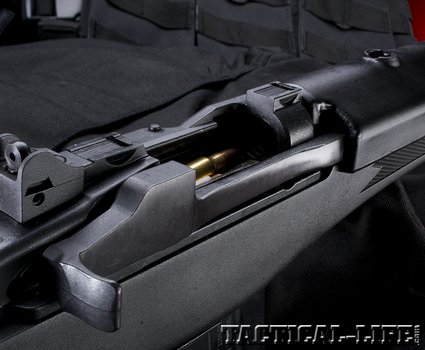 2 of 7
ACTION_phatch
The action and barrel are made from blued carbon steel. The action features a hooked charging handle located on the carbine’s operating rod. 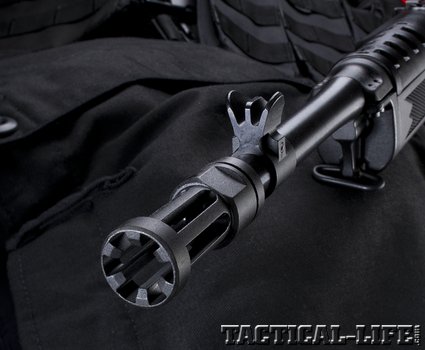 3 of 7
MUZZLE_phatch
The Mini-14’s 16.12-inch barrel is capped with a birdcage-style flash suppressor, which works well, especially in low-light environments. 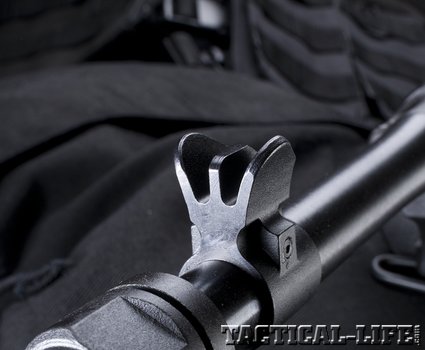 4 of 7
FRONT SIGHT_phatch
Revamped in 2003, the Mini-14 is now built to even tighter tolerances and has new sights. Note the wings on the protected front sight. 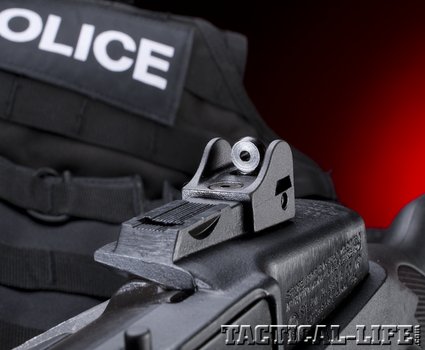 5 of 7
REAR SIGHT_phatch
The rear sight features heavy protective wings and is adjustable for windage and elevation. Its design makes for fast target acquisitions. 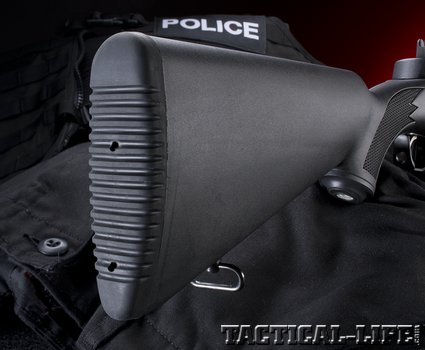 6 of 7
STOCK_phatch
The fixed synthetic stock comes with a rubber buttpad that helps absorb recoil and keeps the Mini-14 anchored to the shoulder. 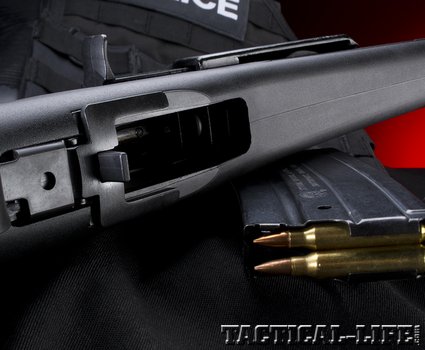 7 of 7
MAG OUT 2_phatch
Unlike the AR-15, the Mini-14 Tactical utilizes a paddle lever to lock the mag in place. To release the mag, press the latch to the forward position—this can be done with a spare mag for a rapid reload. 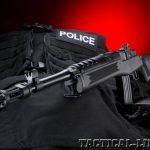 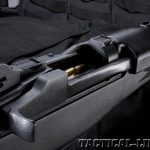 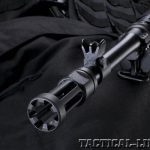 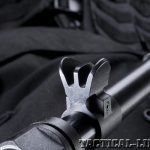 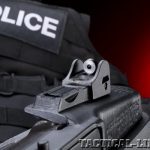 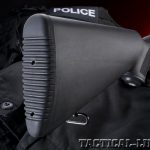 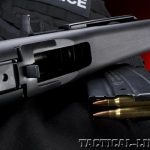 I shot my first Ruger Mini-14 in the fall of 1981. My agency had just formed its SWAT team (we called it the Emergency Services Unit, or ESU) and purchased four of these carbines to be used as both perimeter and entry guns. They each had a tubular-metal, folding rear stock attached to a wooden primary stock, a polymer pistol grip and fixed ghost-ring-style sights. I now realize the guns were a bit heavy, but we didn’t know any different then, and the guns served us well for several years until they were replaced by Heckler & Koch MP5 submachine guns. The Mini-14 was popular with the older members of the new team, as it reminded them of the M14s they had used in the early days of the Vietnam War.

The similarities between the Mini-14 and the M14 were not coincidence: In coming up with the Mini-14, designers L. James Sullivan and William B. Ruger borrowed heavily from the M14 blueprint while incorporating a number of their own innovations. The original Mini-14 was chambered for the popular 5.56mm NATO round, and this robust carbine became a hit with law enforcement agencies worldwide. The platform has seen several chamberings, including 7.62x39mm (as the Mini-Thirty) and 6.8mm Remington SPC. A version of the Mini-14 with full-auto capability, the AC-556, was also manufactured and saw action in Northern Ireland with the Royal Ulster Constabulary, whose members liked its reliability. Mr. Ruger’s vision of creating a light, rugged, handy carbine was certainly realized in the Mini-14, and the fact it cost less than its main competitor, the AR-15, was just another advantage. Something that also worked to the Mini-14’s advantage was that it looked like a ranch rifle instead of a military rifle, a big selling point for many PR-conscious police administrators.

Over the years, I have used any number of Ruger Mini-14s, and they have always been reliable performers that have continued to work with minimal maintenance. That said, the Mini-14 did come up short in accuracy when compared to the AR-15—the Mini-14’s accuracy potential was less than optimum. But in 2003, Ruger revamped the Mini-14 in a very significant way: the gas system was modified, new sights were added, and the rifles were built to much tighter tolerances, increasing the weapon’s accuracy without reducing reliability. To accomplish all of this, Ruger built an entirely new Mini-14 assembly line. Ruger noted that, at that time, many police departments were exploring the concept of putting a rifle in each patrol car and felt the upgraded Mini-14 would be perfect for this application. 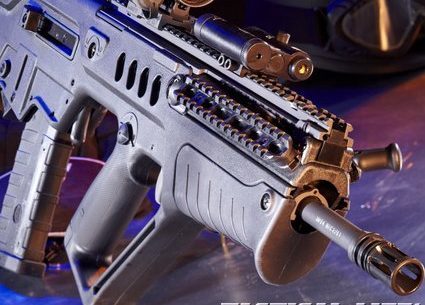