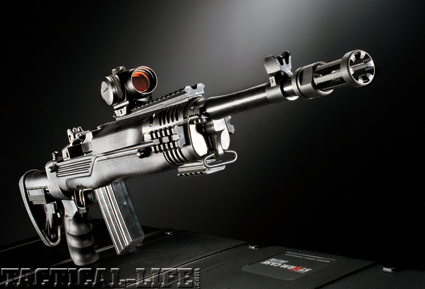 The Mini-14 Tactical is an enhanced version of the Ruger Classic perfect for LE applications. It is shown equipped with a Vortex SPARC red dot optic.

Since its introduction in 1974, the Ruger Mini-14 has become one of the most popular self-loading rifles in history. Looking at the compact rifle, you cannot help but see the similarity between the Mini-14 and the classic M14 battle rifle. Truth be told, this is not a coincidence. Designers L. James Sullivan and William B. Ruger studied the inner-workings of the M14 to determine what was right about the proven battle rifle and then incorporate that into their carbine version. Along the way, several innovations and engineering modifications were incorporated into their design.

The first versions of the Mini-14 were chambered for the popular 5.56 NATO/.223, and this sleek, light, handy rifle became an instant hit with law enforcement, ranchers, farmers and anyone who needed quick access to a long gun. More recently, the Ruger Mini-14 has been chambered for the 7.62x39mm in what is called the Mini-30. A version in both select-fire (AC556) and semi-auto (F30GB) with a folding stock and pistol grip has also been manufactured, the latter being the choice of my agency’s SWAT team when it was formed in 1980. 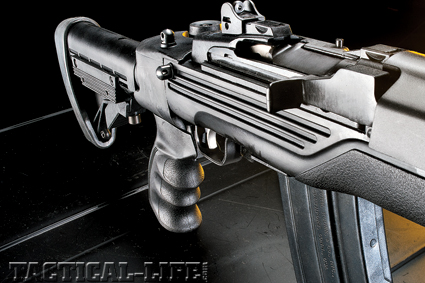 Bill Ruger’s idea of creating a light, easy to wield, tough-as-nails carbine was certainly realized with the Mini-14, and because it cost considerably less than the AR-15, consumers of all levels took notice. Those who had used the M14 during their military service were drawn to the Mini, not only liking the action but also preferring the gas piston operating system to the direct gas impingement operation of the AR, which blows dirty gasses directly onto the bolt. 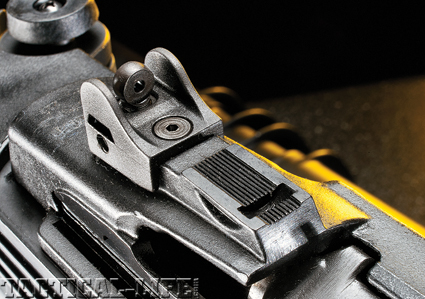 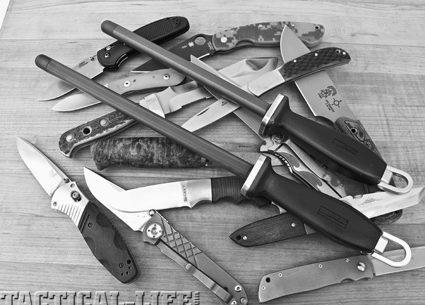