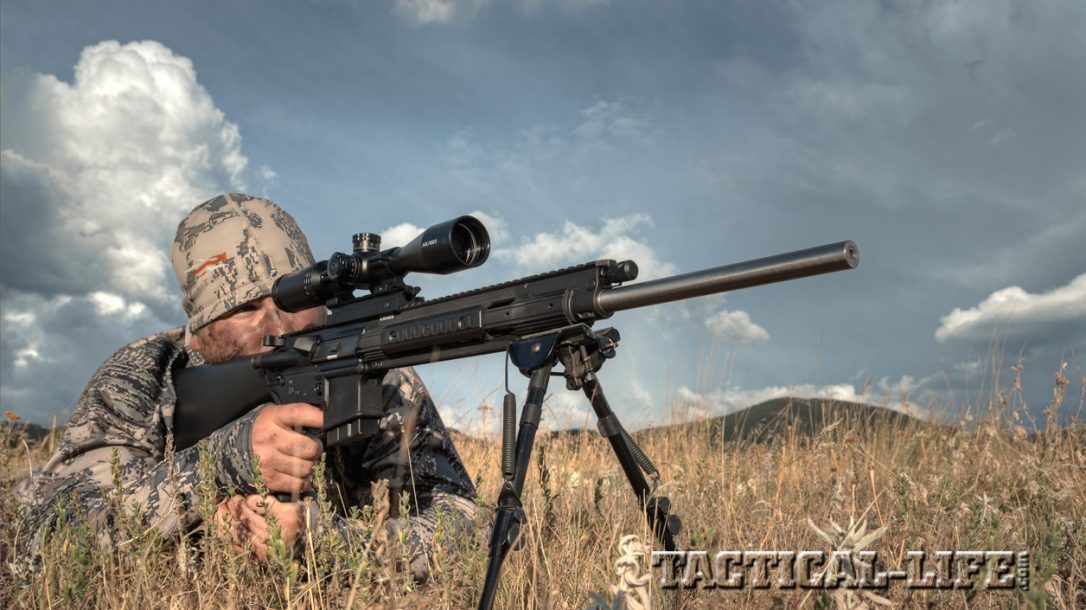 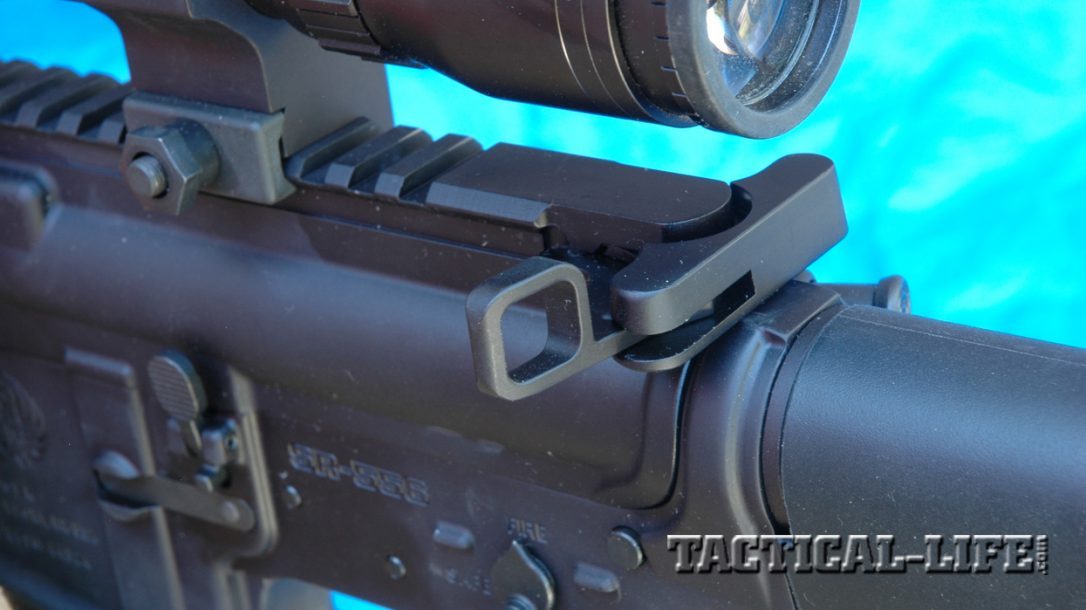 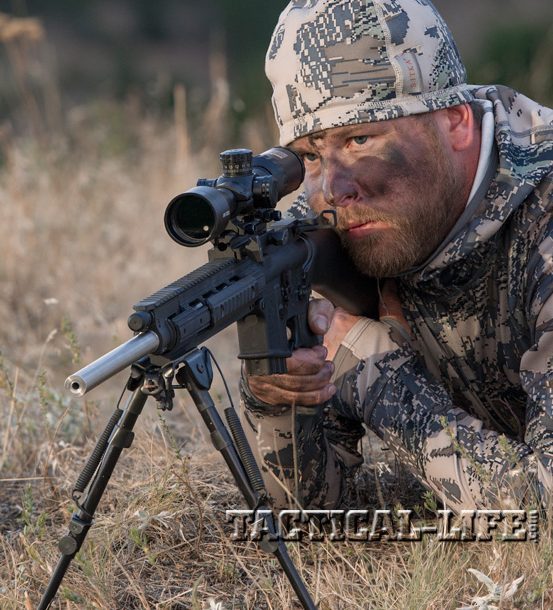 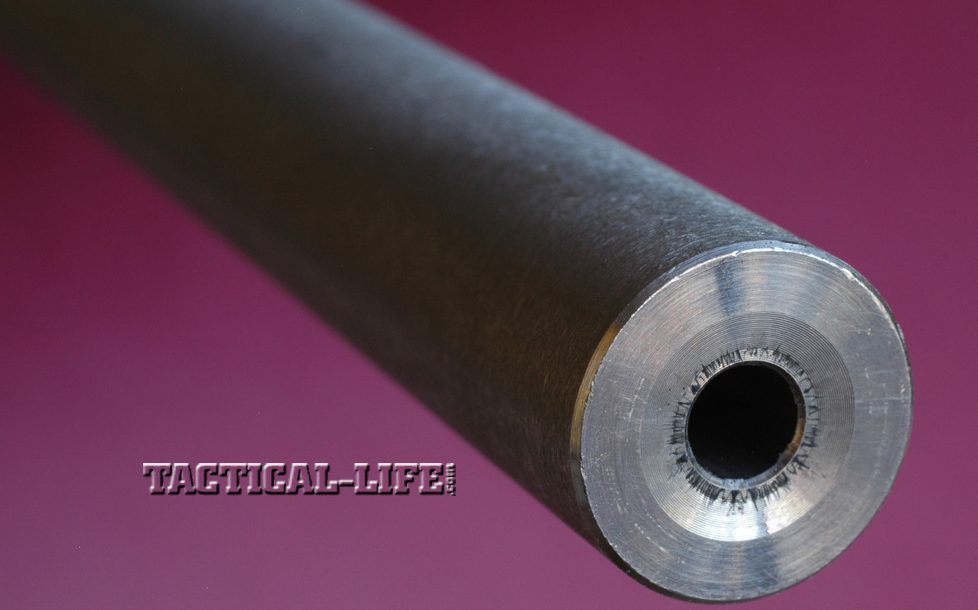 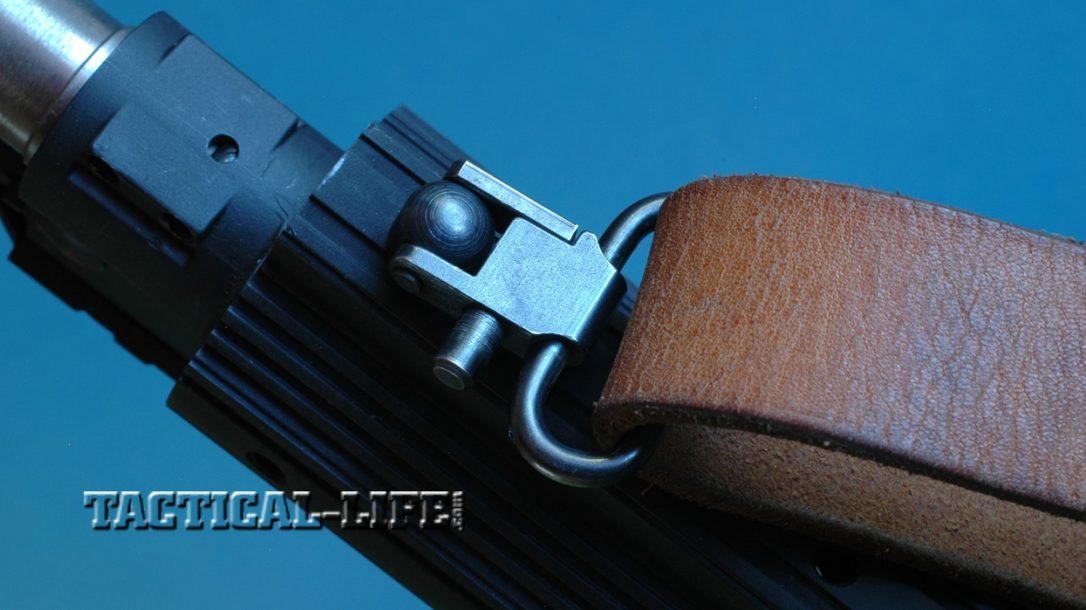 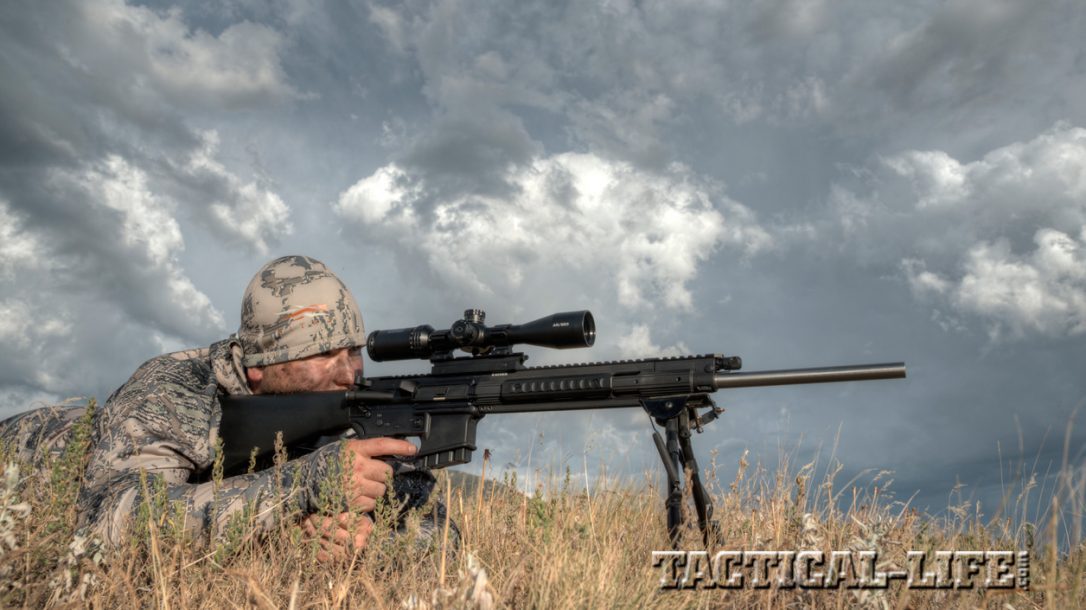 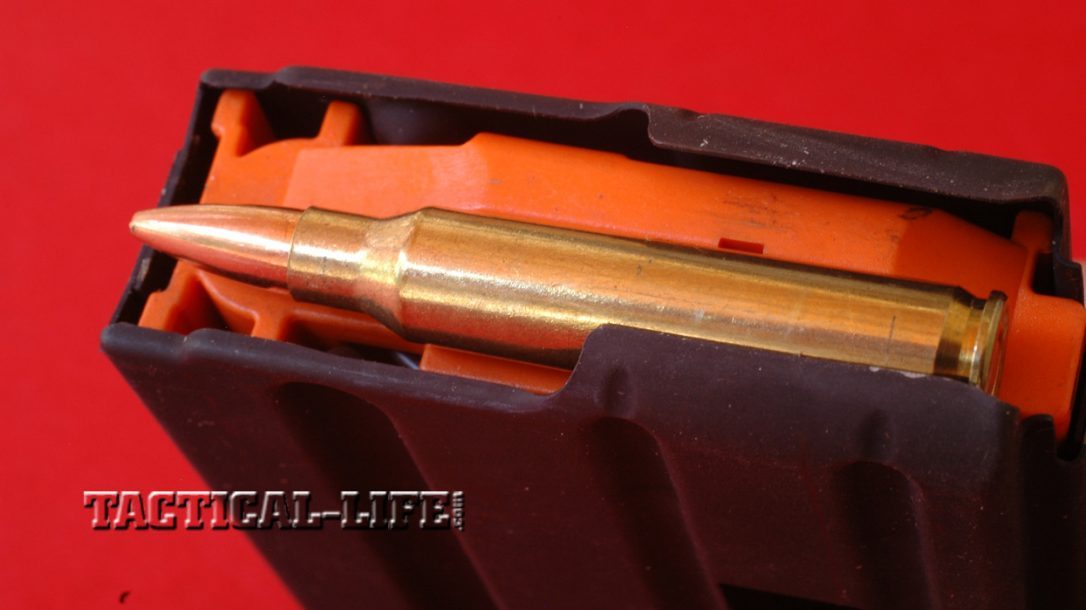 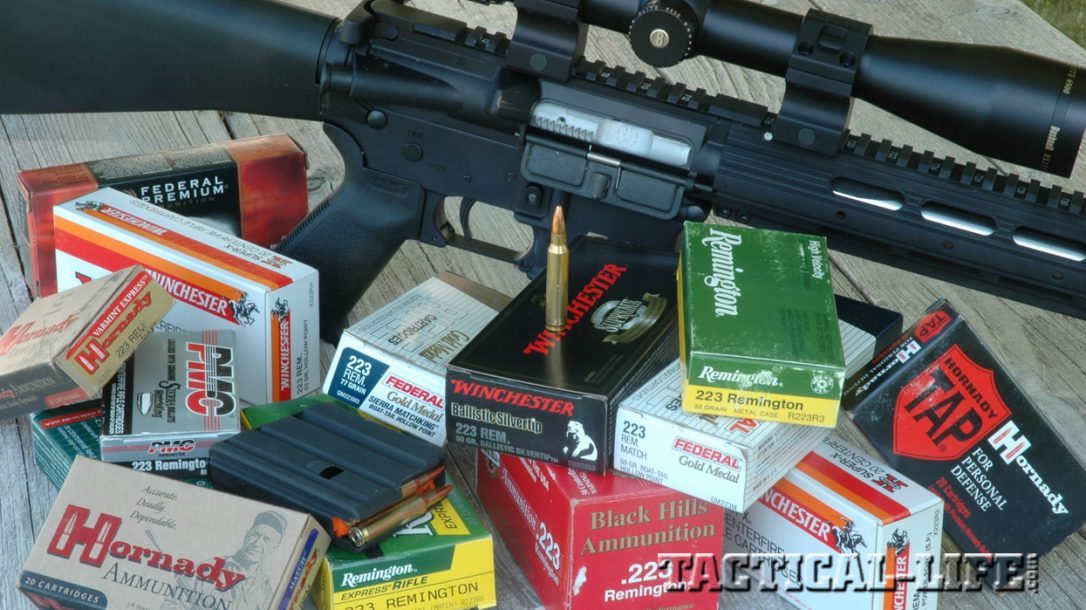 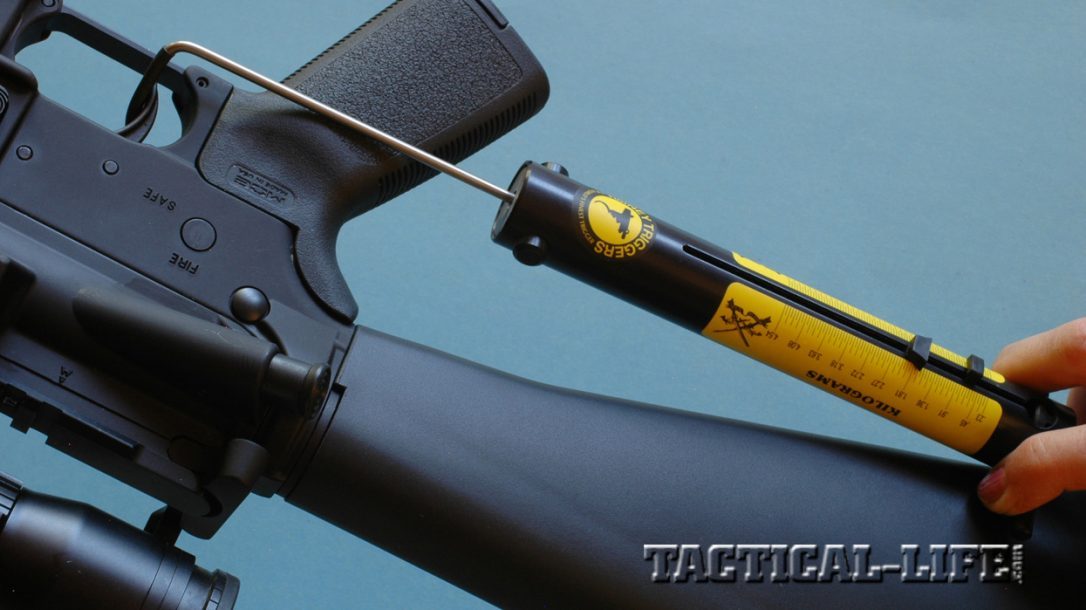 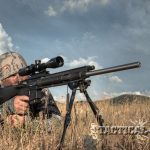 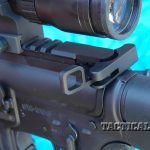 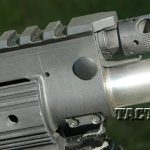 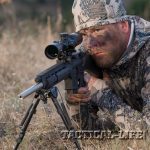 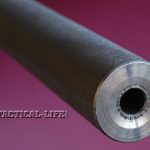 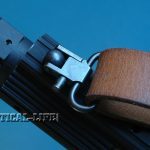 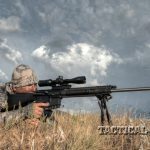 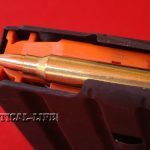 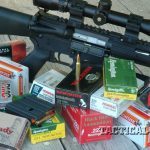 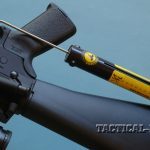 The .223 Remington cartridge is as common as table salt these days. It wasn’t around in my youth. Back then, the .222 bridged the yawning chasm between the .22 Hornet and the .220 Swift. The Hornet, with the .218 Bee, served well enough to 200 yards. The Swift, with the wildcat .22-250, added reach and speed at the cost of noise and recoil. Introduced in 1950 with Remington’s Model 722 rifle, the .222 fired a 50-grain bullet at about 3,150 fps. It proved remarkably accurate and quickly became a darling on the benchrest circuit.

In 1958, Remington trotted out its .222 Magnum. Developed with Springfield Armory for military use in lightweight autoloading rifles, it outperformed the .222 by 150 fps. The Magnum case is 0.15 inches longer overall, and 0.20 inches from base to neck. With 20 percent more capacity than the .222, the .222 Magnum could have had a career in uniform. But it was trumped by the .223, the brainchild of Bob Hutton. At 1.76 inches, the .223 hull is 0.09 inches shorter than that of the .222 Magnum, thus better suited to the AR-15’s action. Capacity is slightly less; these two cartridges deliver nearly identical bullet speeds. Denied a boost from Uncle Sam, the .222 Magnum withered. In service, the .223 became the 5.56mm NATO.

Ruger’s new Varminter
Twenty years after the .223 Remington’s 1957 debut, the Sporting Arms and Ammunition Manufacturer’s Institute (SAAMI) warned shooters that chambers and throats in military rifles bored for the 5.56mm NATO differed from those in .223 rifles sold commercially. Frisky 5.56x45mm infantry loads, while functional in .223 rifles on the civilian market, could exceed safe limits.

“Not in our rifles!” bellowed Ruger. The SR-556 self-loaders Ruger recently christened fire both rounds safely, thanks to the late Roy Melcher. Among his many achievements as a Ruger engineer is the chamber that keeps 5.56mm “ball” pressures in line but delivers the superior accuracy of short-throated .223s. The half-dozen versions of SR-556 rifles available last year have been joined in 2013 by the SR-556VT. (That’s Sturm, Ruger and Varmint Target.) As you’d expect, this version has a heavier barrel than its siblings. Three rail sections, on the upper receiver, handguard and gas block, give you more than enough room to mount any scope.

But the barrel, 0.70 inches across the muzzle’s recessed crown, is not too heavy. That is, it’s not meant to be pulled out of the truck and set on a bipod on a table while you scan the horizon for hostiles or prairie dogs. This tube is just the right weight for easy carry but steady holding, whether you prefer that bipod or my choice, Brownell’s Latigo sling. The SR-556VT weighs 8.5 pounds unloaded, about what I lift in an elk rifle. Adding a pound for a scope, the VT is still of reasonable weight. You won’t be scaling mountains with it or dashing through lodgepoles. Varmint shooting blesses us with level, open places.

Having battered my ears with short, ported barrels, I’m sweet on AR barrels that don’t hew to the 16-inch standard. The new Ruger’s 20-inch barrel shoos noise and blast downrange. The additional length also hikes bullet velocity. Like the mil-spec 41V45 barrels of other SR-556 rifles, the 410 stainless tube on the VT is cold-hammer-forged. But it has a steeper 1-in-8-inch twist rate (the others have 1-in-9 twist rates) to better stabilize the heavy bullets increasingly popular for their flat arcs and wind-bucking ability at long range.

In place of the six-position, M4-style buttstock common to most of its AR rifles, Ruger installed a fixed-length, A2-style stock (as on the “SC” or state-compliant versions of SR-556s). The handguard has been borrowed from the SR-556 Essential. Its smooth panels of lightweight alloy are fashioned to deliver a slim profile and comfortable grip. It’s nicely contoured and lightly grooved—I adore it! Picatinny teeth have chewed my fingers raw on rifles designed to suspend everything but yesterday’s laundry from their forends. While this new Ruger lacks the seductive touch of checkered walnut, it’s comfortable in hand. Shooters who have nowhere else to hang their grenade launchers can install aftermarket rails. The Magpul grip on this rifle is especially—but not exclusively—well adapted to big palms.

The SR-556VT features the gas-piston operating system Ruger employs in all its other AR-style rifles. While direct-impingement actions are simpler, the piston design keeps gas and debris from the carrier. A piston rifle stays cleaner and runs cooler. Logically, parts last longer. The two-stage piston and four-position gas regulator are chrome-plated. Adjust the regulator for handloads, or shut it for manual operation.

The VT’s upper and lower receivers are properly fitted and well finished. Ruger bestowed a bolt assist. To test it, I soft-chambered a couple of rounds so the bolt wouldn’t seat. A thumb to the assist pushed them home. The bolt and one-piece carrier (both chromed) slide smoothly. While the catalog lists a “two-stage, target-style trigger with a short take-up,” I found initial movement a tad long and rough. Let-off is acceptable, albeit not a “crisp, light target pull with no creep or overtravel.” There’s more movement after sear engagement than I like, but not so much as to impede accurate shooting. I find the overtravel about right. To be fair to Ruger, if not to its copy editors, no engineer can eliminate creep or overtravel without making a trigger non-functional! The trigger on my SR-556VT trips at an average pressure of 4.3 pounds, in a range of 4.1 to 4.6 pounds.

Born To Hunt
For shooting trials, I attached a 30mm Bushnell 6500 2.5-16X scope in Barrett rings. Rough sight alignment by looking through the bore isn’t easy with self-loaders. While I’ve used a collimator, I usually set big cardboard target 30 yards from the bench for the first shots. This time Remington 55-grain metal-case bullets landed a hand-span from center. A few clicks readied the rifle for longer-range shooting.

At 100 yards, my first three 50-grain V-MAX bullets, loaded by Black Hills, printed a neat triangle an inch on a side. Next, Hornady 40-grain V-MAX loads came in at 0.3 inches! Two additional rounds increased it to 0.4 inches. Another 0.3-inch knot followed, from 69-grain BTHPs from Federal. In the middle of that weight spread, the rifle shot with monotonous precision. Hornady’s 55-grain TAP loads clumped into 0.6 inches, Federal’s 55-grain Nosler Ballistic Tips into 0.7 inches. Both stayed inside 0.8 inches for five shots.

The three 5-shot magazines supplied with each SR-556VT have orange polymer followers. In my rifle, the magazines slide home easily but stay snug and silent. The latch is perfectly fitted, so there’s no delay in loading. Eleven types of factory ammunition, with bullets of 40 to 77 grains, fed with silky certainty. No hitches during extraction and ejection, either. This SR-556VT kicks empties out with enthusiasm, at an angle of 110 degrees, spewing them 6 feet to the side and slightly to the rear of the trigger hand.

Field Reliable
In the end, it’s safe to say the VT is a hunting rifle. The wide range of bullets that excel in this Ruger boast light recoil, chalk-line arcs and the explosive rupture you’ll want for thin-skinned game.

I’ve not used military ammunition in this SR-556VT. I expect it will function perfectly—but also that NATO “ball” won’t shoot the tiny groups I’m getting with polymer-tipped and hollow-point boat-tails. Whatever a rifle’s name, accuracy matters! For more information on Ruger’s full product line, visit ruger.com. 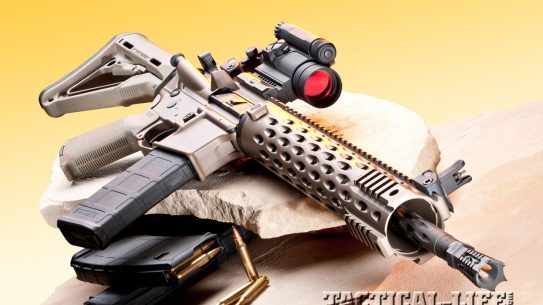 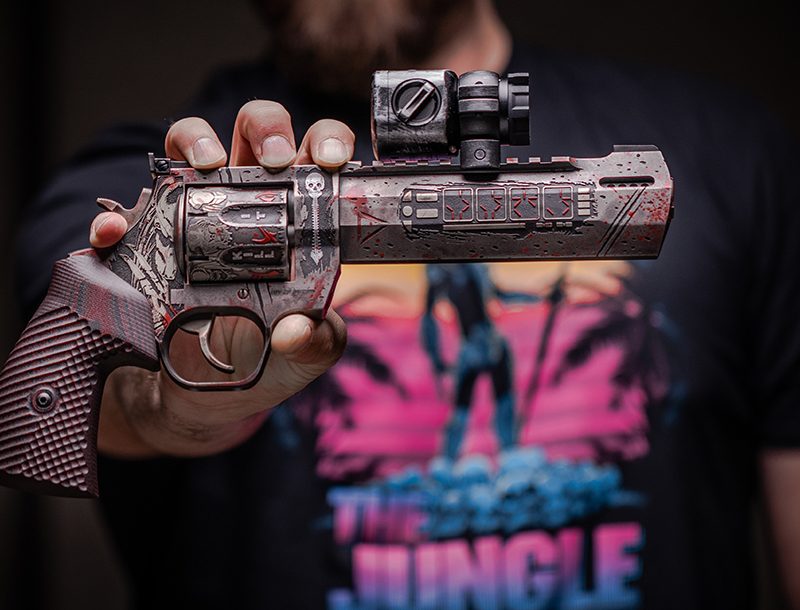