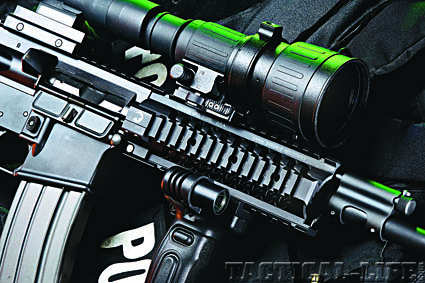 It used to be that the shotgun was the weapon of choice for police when greater stopping power or longer range was needed. Over the years that has certainly changed, and more officers are being equipped with long guns chambered in .223 because of its street record. Most of the time the bullet launcher of choice is an AR-15 or M16, but these guns are not without their critics.

Until it was widely understood that the M16 required copious lubrication to counteract the fouling that was constantly introduced into the receiver by the direct gas impingement (DGI) system, malfunctions were common and some Vietnam era war-fighters were killed because their guns wouldn’t work. This history, combined with lingering ignorance of proper maintenance and the hassle of performing it, has led to the development of the piston system, which reduces heat and fouling in the receiver, thereby reducing maintenance requirements and lengthening component life. A number of manufacturers have developed piston systems, and now Sabre Defence Industries has entered the contest with a gun that would be a great choice for any law enforcement agency. 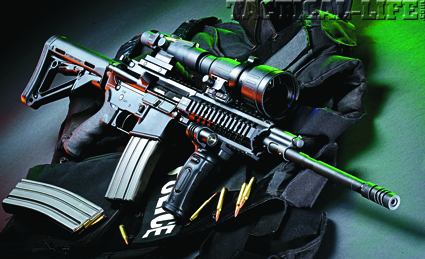 Sabre Defence, one of only three companies making M16s for the US Government, is now offering the M4 Tactical Piston Carbine — a piston version of its XR-15 available for civilian and law enforcement use.

Reliability is the most important characteristic of any fighting gun – police guns must work – and it’s a pretty good bet that the company knows how to build a reliable AR. Sabre manufactures Browning M2 .50 caliber machine gun parts for the U.S. military and was recently awarded government contracts for the manufacture of M16A3 and M16A4 rifles, something that requires adherence to rigid standards. Those standards naturally carry over to the manufacture of law enforcement versions of the gun.