When Savage Arms first brought out a version of Jeff Cooper’s general-purpose Scout Rifle concept nearly eight years ago, their Scout didn’t get quite the luxury treatment that the Steyr Scout did, but it also didn’t come with the Steyr’s high price tag. While Savage’s Scout didn’t quite meet the length requirement that Cooper promoted, it did come close in a lightweight .30 caliber magazine-fed bolt-action rifle with a forward-mounted low magnification scope base and back-up iron sights (BUIS).

following, albeit with one or two criticisms along the way. The current Scout addresses those, and this is one of those rare “new and improved” products that really are new and improved.

The Gun
Savage’s Scout is a .308 Winchester variant of the company’s time-proven Series 10 bolt-action rifle family. The 20-inch barrel exceeds Cooper’s length recommendation by 1.5 inches, and measuring 40.375 inches from butt to muzzle it also extends fractionally beyond the 39 inches Cooper preferred. But it does fall within the suggested weight range at roughly 7 pounds with sling and scope mounted.

Like the first one, the current Savage Scout comes with an alloy Weaver rail already mounted forward on the receiver and barrel to position long eye relief glass to clear the ejection port. As backups, the Scout uses a dovetailed bead front and a fully adjustable Williams aperture rear.

The Range
Firing three commercial loads at 100 yards off the bench with a Burris 2.75 Scout Scope mounted, the Savage was comfortable to shoot and acceptable accuracy was easy when using glass. The front bead was too small for my eyes (a wide post would be a better choice), but the Williams rear on the sample fired is a different version than on the original Scouts, offering the option of either using the smaller aperture for more precise sighting or removing it to leave a larger ghost ring peep for quicker target acquisition.

side the magazine well. It inserts easily and positively (unlike on the older Scout) and it’s now retained and released by a knurled lever in front of the mag well instead of a button in the right side of the stock. This is much easier to deal with by either dropping the magazine to load or loading it through the ejection port with the action open.

The stock itself now has a rounded contour at the bottom where the older stock was more squarely molded and more comfortable in carrying at the natural balance point. Range work was smooth with no malfunctions and none of the unscheduled magazine drops that sometimes happened with the first-generation Scouts. A more conventionally sized checkered bolt knob that rides much closer to the receiver has replaced the original smooth bulbous bolt knob.

The new Scout uses Savage’s user-adjustable AccuTrigger and the test sample out of the box broke at a clean 2.75 pounds, showing very minor over-travel. With the AccuRelease “paddle,” it gives something of the illusion of a two-stage trigger in that the paddle provides a sensation of very mild resistance until it travels back far enough to engage the actual single-stage trigger itself.

The Perspective
Most of the emphasis in law enforcement long gunnery unfortunately ends up at both ends of the spectrum: either a short-barreled hi-capacity close combat

semi-auto or a long-range sniper rifle in medium to heavy format.

The stats (indicators only, never absolute gospel) show that most law enforcement long gun engagements occur outside 25 yards and inside 75. While a Scout rifle makes a poor choice as an entry weapon, and ditto as 500-yard counter-sniper artillery, it can fit in very well as a perimeter weapon on standoffs out to 300 yards in the hands of a competent user.

Where the scenario has gone static, distances and time frames have extended, a dynamic close-in response isn’t indicated or even as cover for other units on their approach, reasonable power in a reliable platform that’s light to carry and easy to shoot may be the perfect “middle gun” for the job. And, there is no 11th commandment mandating a 30-round magazine. 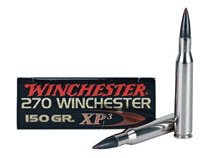 The .308 Winchester is a more effective barrier-buster in general than the .223/5.56, with superior terminal ballistics in a caliber that most cops of most sizes can shoot well. Recoil on this Scout, especially with a good pad, is very tolerable. The forward scope allows the use of both eyes open to scan a wider field of view, and its low magnification versatility covers both near and far engagements much better than either a conventional scope or iron sights alone.

A removable magazine can be handy for carrying specialty loads in spares. Some may prefer the older large bolt head for accessibility although some may prefer the trimmer current knob. Good value for a suggested retail of $646, and the only add-ons you’ll need are glass and ammo.