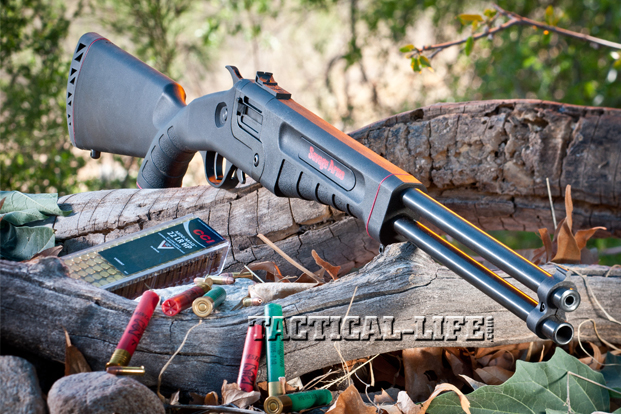 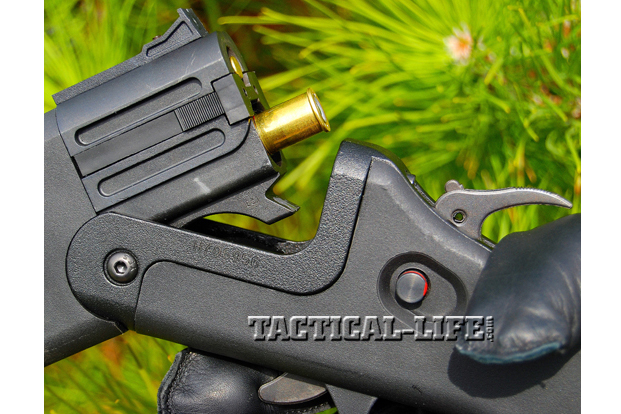 2 of 10
Savage-Model-42-toggle
The Model 42 is easy to learn and operate. Simply rotate the toggle “switch” in the hammer face up or down to determine which barrel you want to fire. 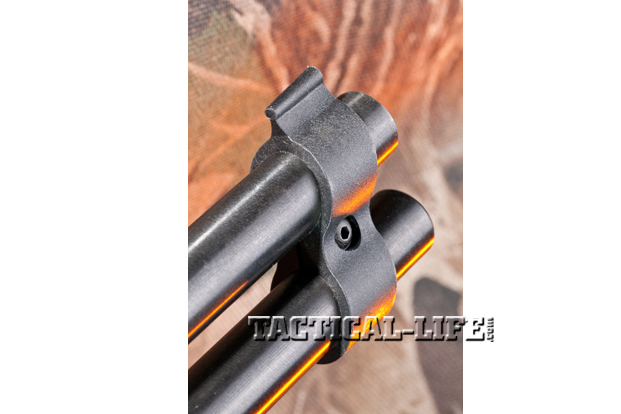 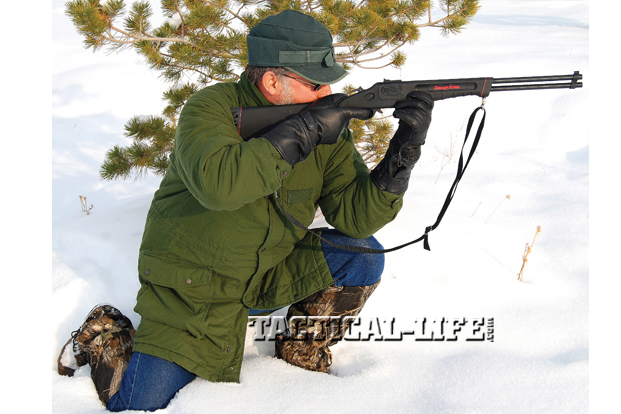 4 of 10
Savage-Model-42-action-pic
Savage Arms’ new lightweight Model 42 over/under is easy to carry and provides a quick follow-up solution for harvesting small game. The top barrel is chambered for .22 LR ammo while the bottom is ready for .410 shotshells. 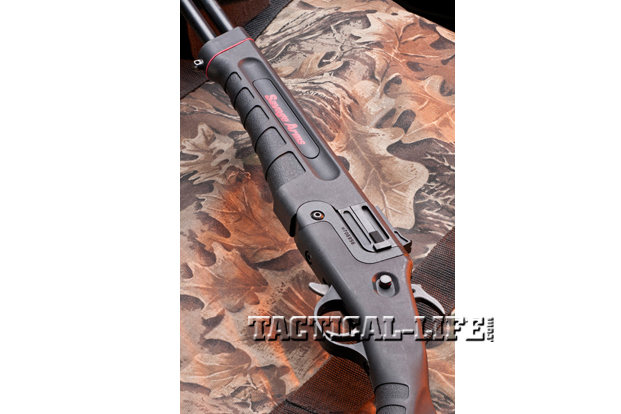 5 of 10
Savage-Model-42-side-view
A side view of the over/under shows the barrel latch in front of the trigger that opens the action, the sliding extractor bar and the large crossbolt safety. 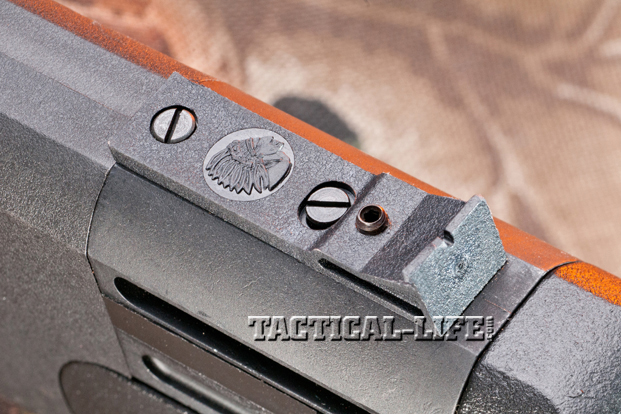 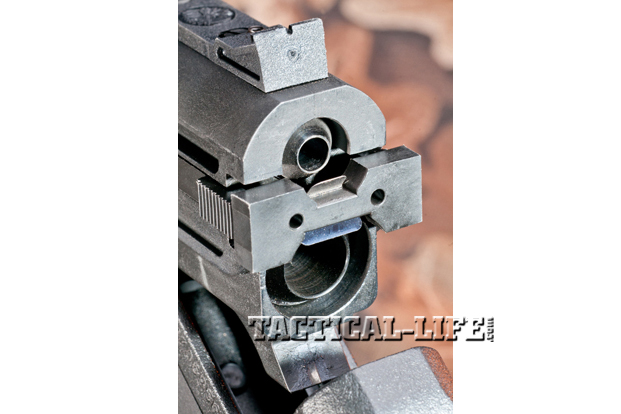 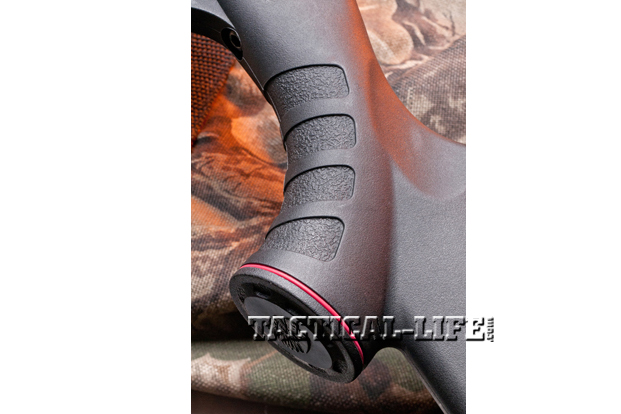 8 of 10
Savage-Model-42-pistol-grip
Textured finger grooves in the pistol grip and forend offer greater control, even in slippery conditions. Note the Savage logo in the butt of the grip. 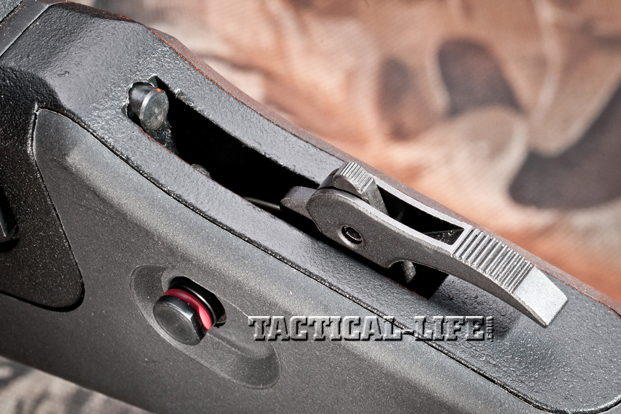 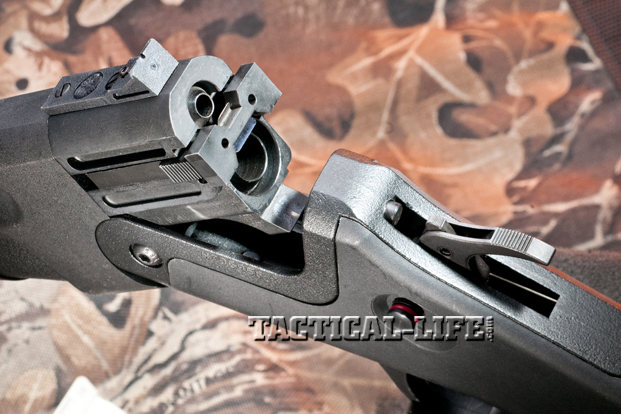 10 of 10
Savage-Model-42-extractor-bar
You can load the Model 42’s chambers individually with the hammer in its at-rest position. For extraction, manually pull the extractor bar to the rear. 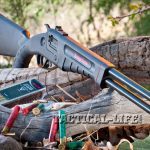 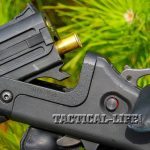 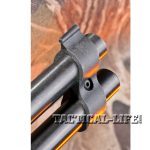 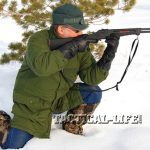 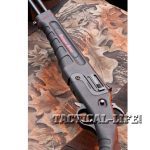 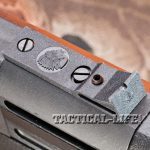 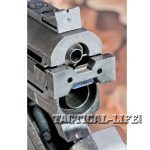 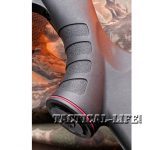 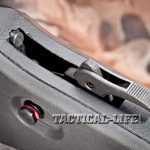 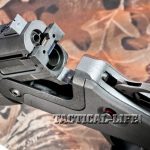 Combo guns, as a generic term, usually refer to shoulder-fired guns that feature a combination of two or more barrels that fire a shot charge through one and a bullet through the other. The concept is an old one, originating in Europe, where the wealthy classes could afford the extra costs of a two-barreled gun that doubled its hunting utility by allowing it to chase either a stag or a bird on the same hunt as the opportunities presented themselves. Landed gentry, without the restrictions imposed by the modern day hunting seasons we deal with today, could and did hunt anything they wanted to—any time they wanted to, on their own extensive estates.

The combination of a shotgun barrel with a rifle barrel on the same stock obviously added weight over a single-barreled version of either type, and the evolution of the three-barrel drillings even more so, but when game was plentiful and money no object, the advantage of a single well-crafted gun that could bag anything on its owner’s lands appealed to many well-heeled sportsmen. Eventually, the idea caught on here in the U.S., and although the combo gun has never reached the same popularity levels as the dedicated single-purpose rifle or shotgun, there’s been enough market for Savage Arms to keep various generations of the company’s over/unders (O/Us) going for many years.

Tracing its roots back to the Model 24 in 1939, the Savage combo gun has been gone from the lineup for a while, but in late 2012 Savage brought the concept back in the form of the new Model 42, a lightweight adaptation with 20-inch barrels and black synthetic furniture that should draw interest among those who like a trim long gun for small-game uses in either a camp or trail gun role. Chambered in .22 Long Rifle on top over a 3-inch .410 chamber on the bottom, the Model 42 weighs in at 6.1 pounds empty, which is a welcome weight reduction over its previous wood-stocked ancestors for extended carry in hand on a long hunt or attached to a backpack during a prolonged trek on foot. 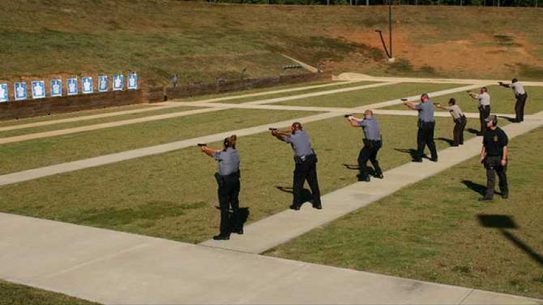