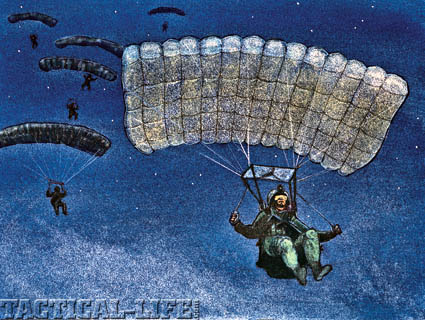 Leaving from Camp Lemonnier in Djibouti, SEALs jumped from fixed-wing aircraft some distance from the hostage compound and silently glided in under the cover of darkness. Illustration by Ken Macswan

Without a functioning central government for more than two decades, Somalia is a country so broken that one of the few surviving, if ad hoc, industries still functioning is organized theft. After such a lengthy period of looting each other, there is nothing left to rob within the country, so the industry is dependent upon stealing from those outside of the country, such as passing ships in the adjacent sea lanes. As marine traffic chooses to ply other routes or operate under the increasingly effective protection of international maritime task forces, the gangs and clans of would-be robber barons operating as pirates and kidnappers-for-ransom are dependent upon robbing and kidnapping the very internationals who have come to help them.

One such international NGO is the Copenhagen-based Danish Refugee Council’s EOD unit, Danish Demining Group (DDG). They feed some 100,000 Somalians a day and when not doing that, DDG works to locate and remove the uncountable kid-killing land mines and UXOs that are the legacy of decades of internecine warfare.
Jessica Buchanan, a 32-year-old American regional education adviser, and Poul Hagen Thisted, a 60-year-old Danish community safety manager, were kidnapped by two “technicals” full of armed men as they were driving through Galkayo in the semi-autonomous Galmudug region of Somalia. They had come to check on DDG’s humanitarian-aid activities in the region when they were abducted on October 25, 2011, from the portion of Galkayo under the control of a government-allied clan militia. Their Somali colleague was detained by police on suspicion of being involved in their kidnapping. A DDG spokesperson noted, “Poul and Jessica are dedicated humanitarian aid workers, who have come to Somalia to help the suffering civilians…kidnapping humanitarian aid workers is absolutely unacceptable.” 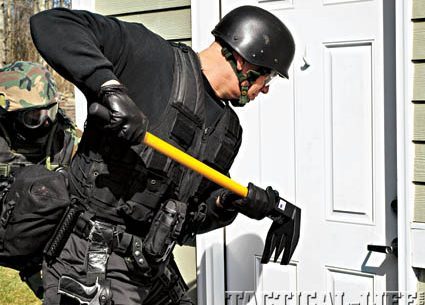 Leaving from Camp Lemonnier in Djibouti, SEALs jumped from fixed-wing aircraft some distance from…