WASHINGTON, Sept. 10, 2009 – Security in Iraq has improved since U.S. combat troops turned over control of the cities to Iraqi security forces June 30, despite a recent spate of high-profile attacks, the commander of Multinational Corps Iraq told Pentagon reporters today.

“Our operations in Iraq are progressing, but our enemies continue to challenge and test the Iraqi security forces,” Army Lt. Gen. Charles Jacoby Jr. reported by videoconference from Camp Victory in Baghdad.

“Many areas in Iraq remain dangerous,” he said, citing the deaths of four U.S. soldiers earlier this week. All were killed in roadside bombings, three of them in northern Iraq and another in southern Baghdad.

What’s particularly troubling, Jacoby said, is that most of the attacks target Iraqi civilians and Iraqi security forces.

“Currently, our enemies are resorting to a campaign of sensationalism through suffering, by directing attacks against Iraq’s most vulnerable targets in an attempt to discredit the government of Iraq and Iraqi security forces,” he said.

“We are seeing determined extremists, insurgents and terrorists employ [improvised explosive devices] against markets, shrines and other places where families gather and civilians go about their daily lives,” he said.

Most of the higher-profile attacks are being launched by al-Qaeda in Iraq operatives. Although these forces have been “greatly diminished,” Jacoby said they’ve proven that they “will continue to test the Iraqi security forces.”

Iraqi security forces are standing up to the challenge, Jacoby said. “They are not backing down and are making steady progress toward taking full responsibility for the security of Iraq’s people,” he said.

The partnership between coalition and Iraqi security forces has improved since June 30, he said, with U.S. advisors and trainers providing support.

Jacoby said it’s too soon to say if the operational environment in Iraq will support accelerated troop withdrawals.

“No decisions have been made about accelerating the drawdown,” he said. “Right now as the corps commander planning the daily nuts and bolts of this operation, we have not been asked to speed up or slow down the withdrawal.”

For now, Jacoby said, he’s satisfied that the coalition has sufficient forces on the ground to carry out its mission and partner with Iraqi security forces as they grow in numbers and capability.

“It’s very important to remember our mission is not complete,” he said. “Our enemies will continue to attack our progress, and they will do it by killing and injuring innocent Iraqis. They will test Iraqi security forces as we move to the elections and the new government is seated.

“But I am confident that Iraqi security forces will pass the test.” 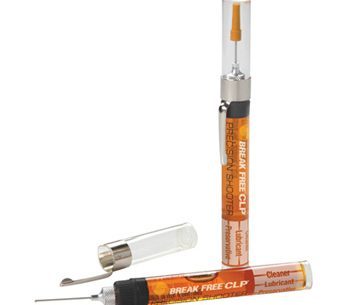