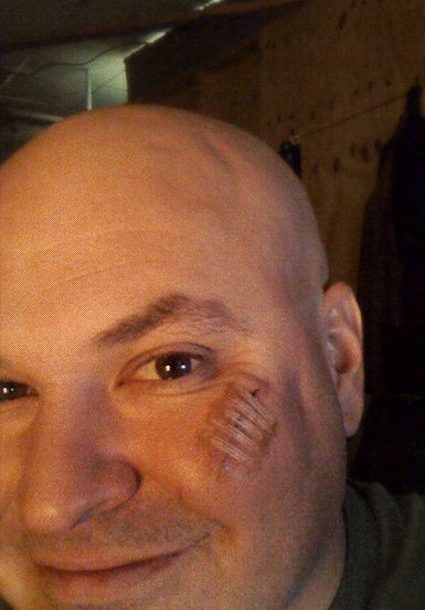 Sergeant Tim Arthur is at the gun turret of an MRAP (an armored anti-mine vehicle), scanning the bleak Iraqi horizon for threats as the fuel delivery convoy rolls on toward its destination. It’s November, and a shroud of fog has settled over the area. It’s a fog so dense, so opaque that Arthur never even sees the sniper who shoots him in the face.

In an instant Arthur—a single father of four from suburban Dayton, Ohio—is down inside the belly of the vehicle. He is bleeding profusely from a laceration on his left cheekbone, excruciatingly close to his eye.

“If it had been an inch higher, it would have hit me right in the center of the eye,” Arthur says, his voice trailing off as he contemplates how lucky he was that crazy day. 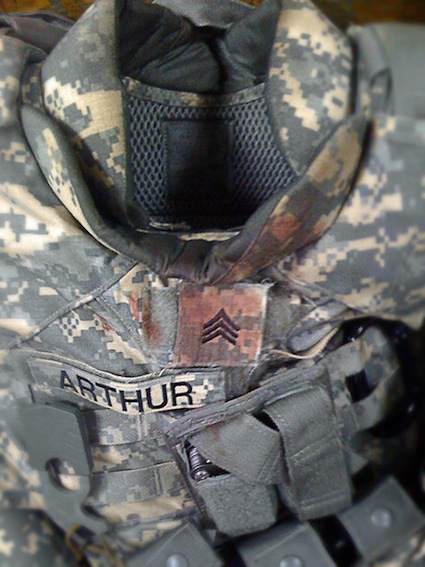 “I think the bullet must have ricocheted off of something, but it hit me right in the (glasses),” Arthur says in reference to his military issue Oakley M Frame® sunglasses. “It blew a big chunk out of the bottom corner and knocked them completely off of my face. I got a nice scar from it, but the (glasses) took most of the impact.”

Over the course of twenty-three years in the military and four National Guard deployments, Arthur has been witness to some genuinely harrowing scenes. He entered the Superdome immediately after Hurricane Katrina struck New Orleans. He was on the ground in Kosovo. And although he was obviously cognizant of the inherent dangers when he deployed to Iraq, he was shocked to find himself wounded. Still, he managed even in those circumstances to summon a bit of humor. 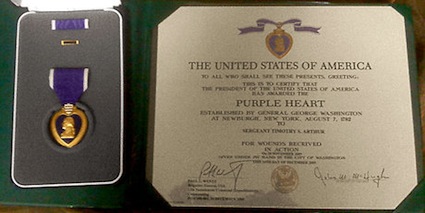 “I begged them not to stitch up my face,” he says with a chuckle. “I didn’t want to look like Frankenstein.”

Fortunately for him, Arthur’s wound was shallow enough to be closed with liquid bandage and surgical tape.

Arthur earned a Purple Hearth for being injured in the line of duty. He anticipates a deployment to Afghanistan within the next two years. 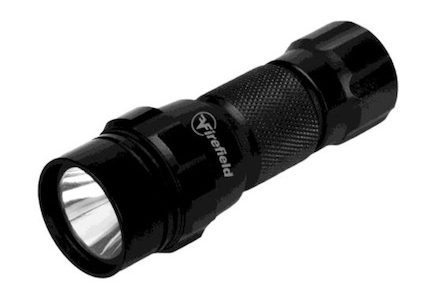