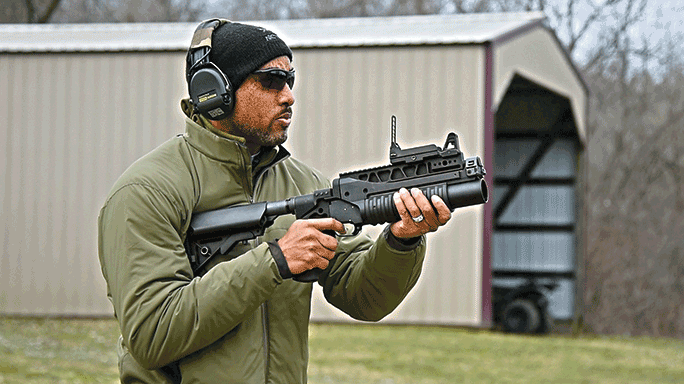 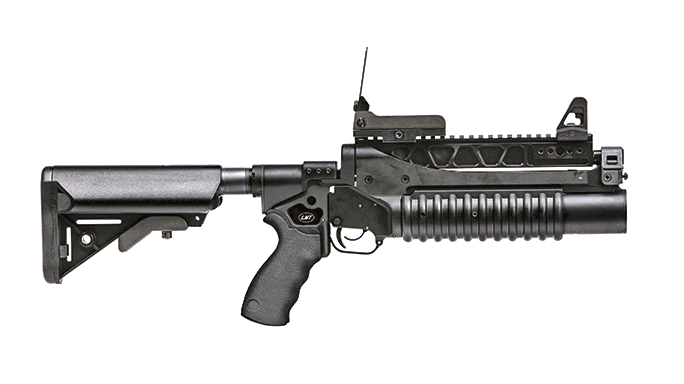 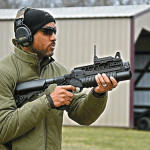 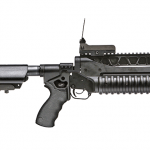 The company’s products are deployed all over the globe, and its lineup consists of a host of no-nonsense weapons systems. LMT has enjoyed the success of proven platforms such as its LM308MWS, which was adopted and fielded by British forces in 2010. In fact, LMT recently released an updated version of its .308/7.62mm Modular Weapon System that is more than a pound lighter than the previous generation, the LM8, proving the company’s ability to continually meet the direct needs of forces in theater.

During a recent visit to LMT, I was able to look over some of its lesserknown products. Diving deeper into the company’s product line, you’ll find more practical magic going on, bringing solutions and solving problems associated with the shortcomings of other offerings that are currently on the market. This is where you start to understand the genius within a company such as LMT. Every product is well thought out and tested, because many of LMT’s customers serve in harm’s way on a daily basis.

The M203 grenade launcher has been in service since 1969. Since then, a handful of companies have produced it, including LMT. LMT started production of the M203 in the early 1990s. Prior to that, the company was making M203 barrels for the government. From the barrels, production progressed to the receivers and eventually to the entire M203 unit. Originally designed to be fitted to M16 and M4 variants, it can also be fitted to several types of weapons through various mounting adapters. Mounting the M203 to a rifle has both advantages and disadvantages, including increased weapon weight and bulk.

Standalone versions of the M203 were developed to address certain issues and meet mission-specific needs. Looking beyond its use by the military to its role in the law enforcement community, the usefulness of a standalone variant becomes more apparent. On its own, the M203 can be deployed as needed, and it’s safe to say that administrators as well as the public might frown on having a grenade launcher mounted under the barrel of a police officer’s weapon. But many agencies nationwide, especially those with tactical teams, employ the M203. They are useful in barricade situations as well as for crowd control when non-lethal methods are necessary.

LMT released several new products in early 2015. While much of the focus has stayed on its rifle platforms, and rightfully so, some of the company’s other products can be overlooked. One such product is the L2H1PG, a standalone frame for customers who have already purchased a 40mm M203 grenade launcher.

The L2H1PG is a frame assembly for mounting a single-shot, breech-loading M203. It weighs 2.67 pounds and is much sturdier than the previous system because of its hardcoat anodized 7075-T6 aluminum construction. Other competitive systems use polymer and other plastics in their construction, therefore the LMT can withstand harder use. Though there’s not much to the L2H1PG since it is simply a frame, there are several features that need to be highlighted. The L2H1PG features a mil-spec extension tube that offers six length-of-pull positions for the included SOPMOD buttstock, so shouldering the L2H1PG should be a very familiar task for those accustomed to the AR-15. It also comes with an Ergo rubber pistol grip, which makes it easy to hold onto the unit. Though not included with the L2H1PG, LMT also offers various sight assemblies, including M203 leaf sights. Finally, the L2H1PG comes with two quick-release sling loops that can be positioned in six locations on the frame.

The L2H1PG is a very solid, high-quality unit. I wouldn’t expect anything less from LMT. It also feels very compact and maneuverable, which will be a benefit for operators wearing full loadout kits and bags of gear. The frame and the addition of the M203 with a 9-inch barrel brings the total weight to just over 5 pounds.

I was able to put a few rounds downrange with the L2H1PG and LMT’s M203. Sadly, they weren’t high-explosive (HE) rounds—only blue marker rounds. The compactness of the L2H1PG/M203 is immediately noticeable when you pick it up. Placing the unit just under my shoulder yielded good results, and the recoil is basically what you might experience from
a 12-gauge shotgun.

While firing, I was most impressed by the unit’s range, which is rated out to 400 meters. It’s strange to be able to actually watch the munition travel through much of its flight. It’s not difficult to aim, and with a little repetition, it becomes fairly intuitive to accurately point the launcher. Reloading is a simple process as well.

LMT has proven once again that its serious and pragmatic approach to design yields durable and very useful products, putting them near the top of the food chain when it comes to serious military, law enforcement and civilian equipment. 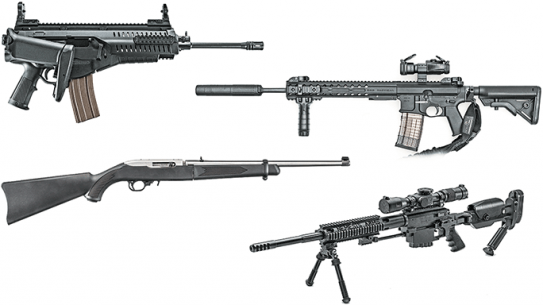 A collection of top stow-and-go firepower for today’s riflemen!