by Frank Jardim
in Guns, Shotguns
0

Whether you want to go full Doc Holliday on steel at your local Single Action Shooting Society (SASS) match or hunt birds and rabbits like a dang sodbuster, the 12-gauge CZ Hammer Classic side-by-side has you covered, with a 20-inch-barrel coachgun and 30-inch-barrel hunting model. The latter, which is threaded for a set of screw-in chokes that are included, is probably longer than it needs to be for modern smokeless loads, but it’s the right look for a blackpowder cartridge shotgun of the last decade of the 1800s. 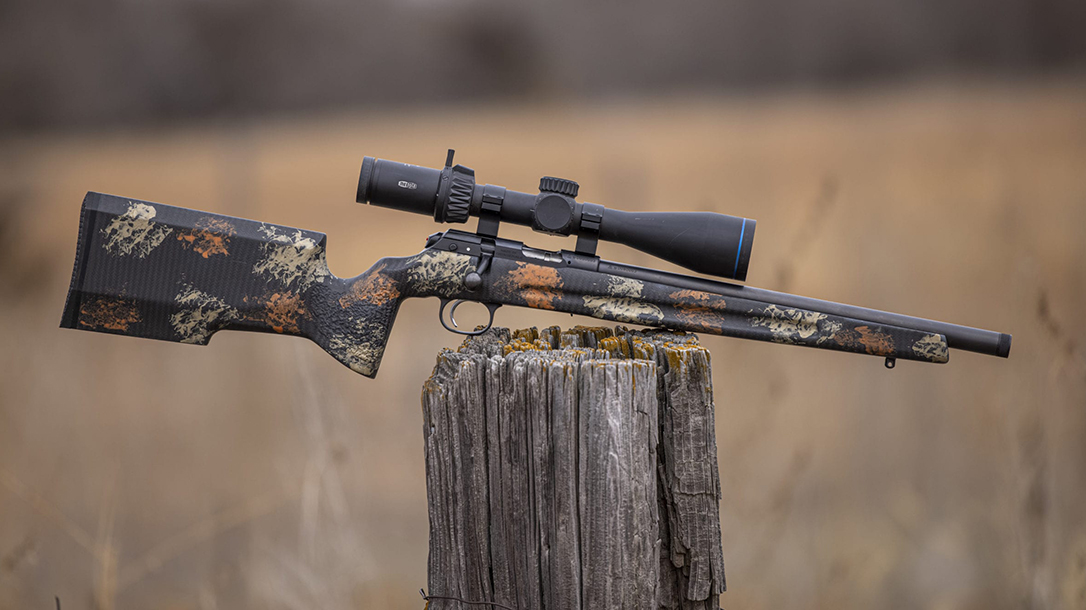 The CZ Hammer Classic, while not a specific copy of any particular vintage shotgun, captures much of the character of the quality imported side-by-sides of the Old West, with several modern improvements that enhance its utility without detracting from its classic looks. The respected firm Huglu—one of the top three shotgun makers in Turkey—builds this gun exclusively for CZ, and it is a true bar-action sidelock with old-style V-springs instead of coil springs, rebounding hammers and dual triggers. Immediately noticeable is the lavish use of color-case-finishing. The only metal parts on the CZ Hammer Classic that aren’t color-case-finished are the barrels. Those are in a slightly satin-finished black chrome that glosses up with a little oil. That’s not as authentic as a deep 19th century rust blue, perhaps, but it is far more durable and really doesn’t diminish the striking looks of this gun.

As discriminating American buyers would have expected from a quality imported Belgian, German or English double in the late 1800s, the receiver of the CZ Hammer Classic is elegantly sculpted and hand-engraved. At first, I didn’t believe the engraving could actually be hand-cut—hand-chased laser engraving, maybe, but actually laid out and cut by hand . . . no way! But it was indeed engraved by hand. When I compared the two test guns side by side, I could see how the borders, scrollwork, screw head decoration and flowers differed ever so slightly. Hand-engraving is not something you would expect today on a gun that retails for around $900.

The stocks feature Turkish walnut finished in a satin polyurethane. The wood grain on the two guns I examined ranged from nice to nicer, with some figuring. The guns aren’t offered with your choice of wood, but based on this sampling, I’d be more than pleased with either. The pistol grip and splinter forend have laser-engraved, bordered checkering. My only critique of the laser checkering is that it is flat-topped instead of traditional diamond-shaped. I wish it were the latter, if only for the old-timey aesthetics of it.

That being said, it would not be a great challenge to get a couple hand-checkering tools from Brownells and recut the lines. The laser already did all the hard layout work. If I ever do get sufficiently motivated to do that, I might strip the stock finish, too, and redo it with a traditional hand-rubbed oil such as Birchwood Casey Genuine Oil. Then again, the stocks look great as is, so I’d best just leave them alone and enjoy shooting it.

Huglu maintains a high-quality control standard for CZ. Many American shooters still harbor a bias against Turkish guns, and in the past some of the imports were less than impressive. However, with more than 200 Turkish arms-makers to choose from, that black eye was more the fault of the importers than of the gun-makers. CZ’s Shotgun Products Manager Dave Miller believes their guns represent amazing value and craftsmanship. He ought to know. Miller is an avid bird hunter, pro shotgunner and a two-time shotgunning world record holder.

“Our CZ guns are a combination of modern CNC precision machining and Old World gunsmithing,” Miller says. “Huglu guarantees our barrels to a +/ – 3 inches of deviation from the from point of aim at 25 yards. Beretta only guarantees their shotguns will shoot at +/ – 6 inches from the point of aim. Our guns cost less and are held to an accuracy standard twice as rigorous. That’s something to think about.”

There are no good “cheap” double-barrel shotguns. In the 1800s and today, even with the precision manufacturing advantages of modern CNC machine tools, making a quality double is a complex enterprise. The barrels are individually bored from solid bars of steel and soldered into a monobloc chamber. The barrels then need to be soldered together with their upper and lower reinforcing ribs, so they converge at the same point of impact. Then the completed monobloc/barrel assembly must be fitted to the receiver by hand, for a tight lockup.

Unlike repeater barrels, the barrels on doubles aren’t interchangeable. They are serial-numbered to their receivers. Though the receivers and monoblocs are precision CNC machined, 50 percent of them still need careful hand-fitting, where the gunsmith removes small amounts of metal from the high spots until all the parts mate up perfectly. Every point of wood-to-metal contact is hand-fitted as well. Because of all the work that goes into them, Huglu can make only between 650 and 850 Hammer Classics a year, and in most years, demand outstrips production capacity.

When I greased and assembled my test guns, I found they required some muscle to break open and close, and the bolt release lever stopped to the right of center on the upper tang. That’s a good thing, because a break-open action only gets looser with use. It’s better to start out on the tighter side of the tolerances. After a couple hundred rounds, the action began to open more smoothly.

Of CZ’s updates to this retro shotgun platform, my favorites are the front sight, screw-in choke tubes on the 30-inch model (the coachgun is appropriately a traditional fixed cylinder bore) and the 3-inch chambers shared by both. Rather than a traditional brass bead, CZ opted for a fairly large white nylon bead that jumps out at you like Venus in the early evening sky. My eye picked it up fast on the range. It helps, but doesn’t call attention to itself and scream: “Hey, I’m an anachronism on an Old West gun.”

The 3-inch chamber allows you to pick from the full spectrum of modern 12-gauge loads to improve range and killing power. Screw-in chokes add a lot of versatility for the hunter and sport shooter over old-fashioned, fixed-choke doubles. CZ includes a set of five chokes (full, improved modified, modified, improved cylinder and cylinder) and an installation key, all in a little plastic case.

The only update I felt I could do without was the sliding manual tang safety. It’s easy enough to use, but an anachronism on a hammer gun. While hunting, typical rebounding hammer guns like the CZ and most other exposed-hammer doubles made after the 1870s are generally carried loaded with hammers uncocked. When uncocked, a rebounding hammer is mechanically blocked from striking the firing pin. The shooter cocks the hammers when anticipating imminent use or while raising the gun to shoulder.

In principle, the manual tang safety would allow you to carry the gun cocked all the time and permit a quicker shot on a surprise target. But if that’s what you want, you probably should hunt with a hammerless gun. A big part of the attraction of vintage gun designs is learning the historic skill sets needed to employ them.

Double-trigger side-by-side shotguns were the premier hunting arms for birds and small game into the early 20th century. The real purpose of those triggers goes beyond just quick follow-up shots. The side-by-side shotgun comprises two guns in one. Each barrel utilizes a different choke to let the hunter choose between a wide pattern and a tight pattern. Normally, the right barrel, fired with the front trigger, is the open choke, and the left barrel, fired with the rear trigger, is the tight choke.

Let’s say your target is a pheasant that pops up from the brush 15 yards in front of you. Your first shot at the bird comes with the front trigger, and the open-choked barrel gives you the widest pattern and the best chance to hit—but you miss anyway. For the sake of your dignity, let’s say you are hunting alone, so there’s nobody to see your crappy wingshooting. You can still redeem yourself with that tight-choked left barrel, even though the seemingly pellet-proof bird is now 30 yards away.

The tighter the choke, the denser the pattern. The pattern still spreads out over distance, but the tighter choke extends the range of an effective pattern. Exactly how much spread at any given distance you get from each choke tube is largely dependent on the ammunition. The only way to be sure is to shoot test patterns with each barrel and with various ammunition types. For more information on this and other excellent CZ shotguns, visit them at cz-usa.com.

This article is from the Winter 2021 issue of Guns of the Old West magazine. Grab your copy at OutdoorGroupStore.com.