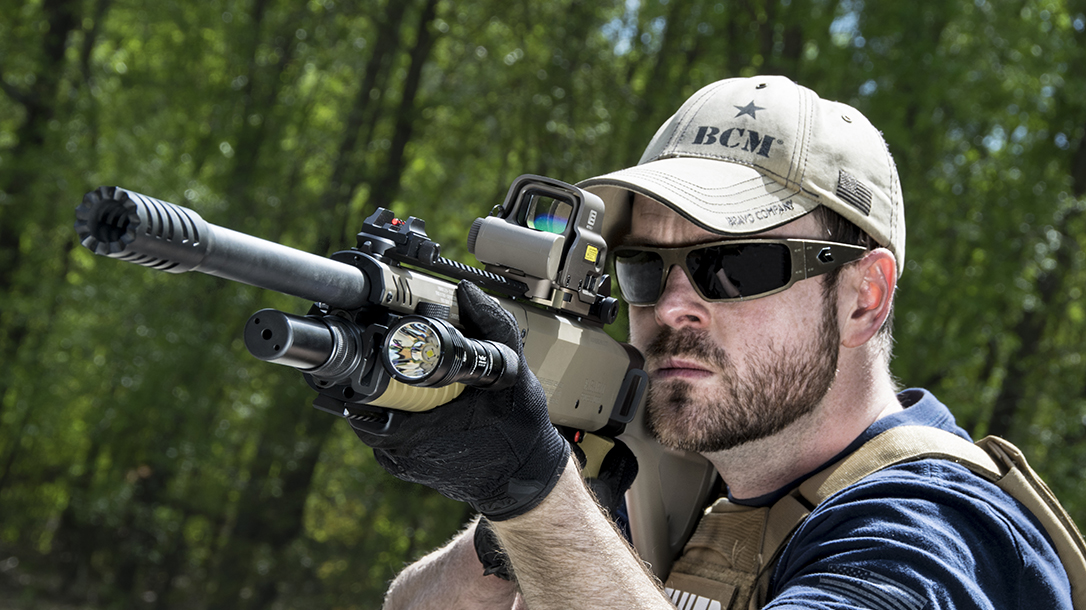 1 of 9
Fabarm STF 12
The Fabarm STF 12 is designed to be the ultimate tactical scattergun with a smooth action and an aggressive muzzle brake to help take the sting out of 12-gauge buckshot rounds. 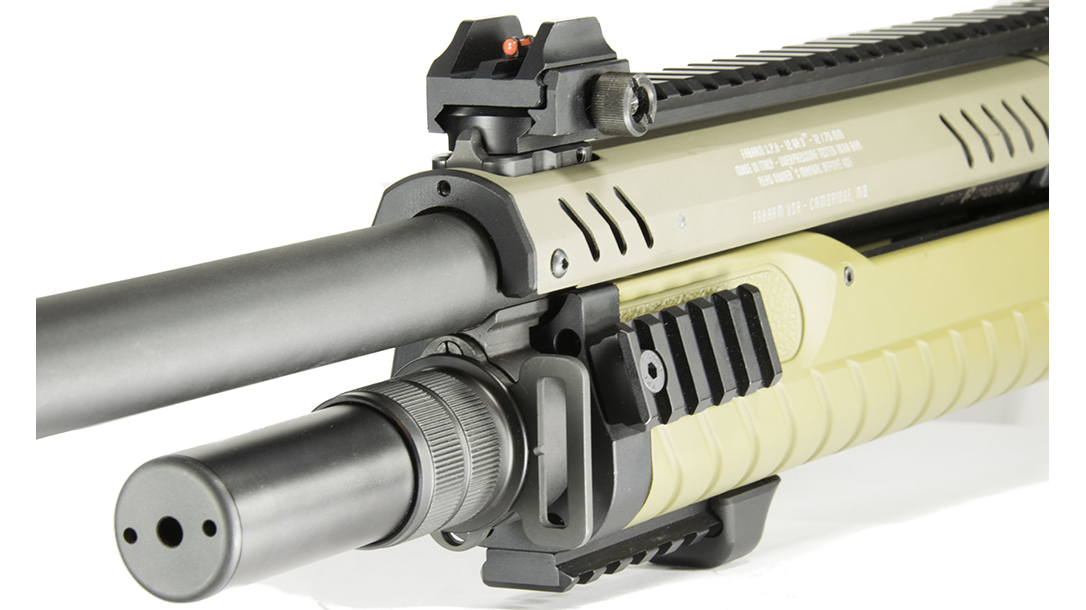 2 of 9
Fabarm STF 12
Fabarm includes a set of fiber-optic sights for extremely fast targeting. Also note the forend accessory rails as well as the forward sling mount, which can be positioned on the sides or bottom as needed. 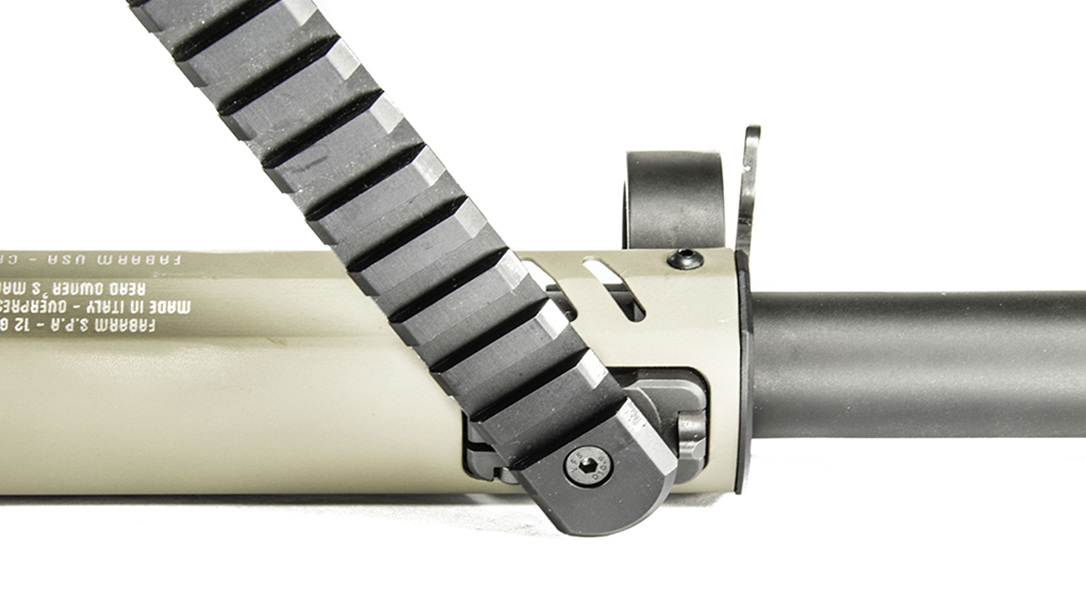 3 of 9
Fabarm STF 12
The optics rail is easy to install after you remove the front sight. 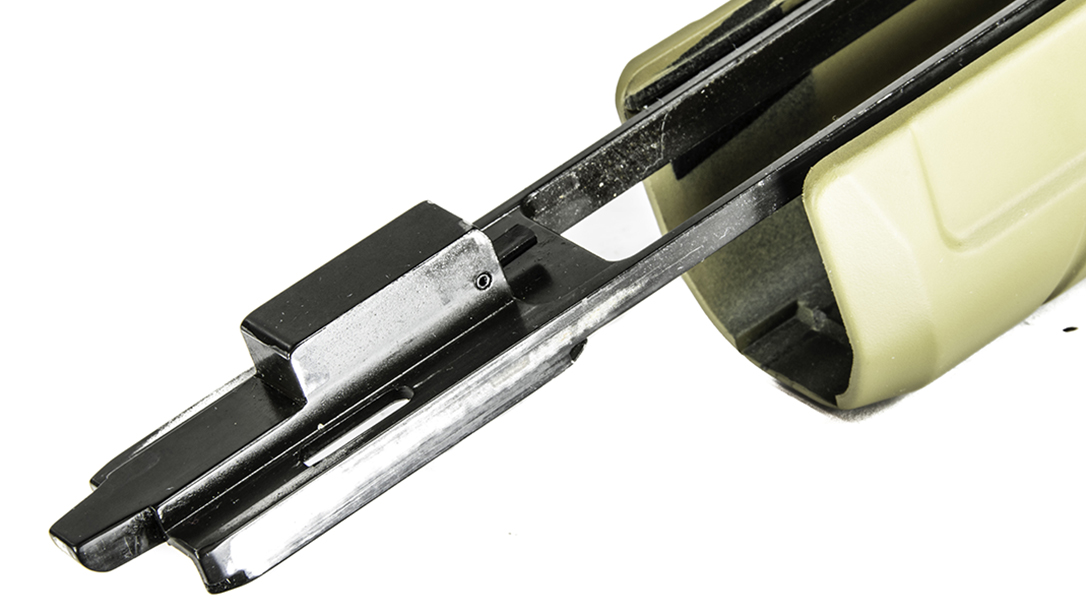 4 of 9
Fabarm STF 12
Unlike most pump actions, the transfer bars and bolt carrier are milled from a single block of steel for increased durability. 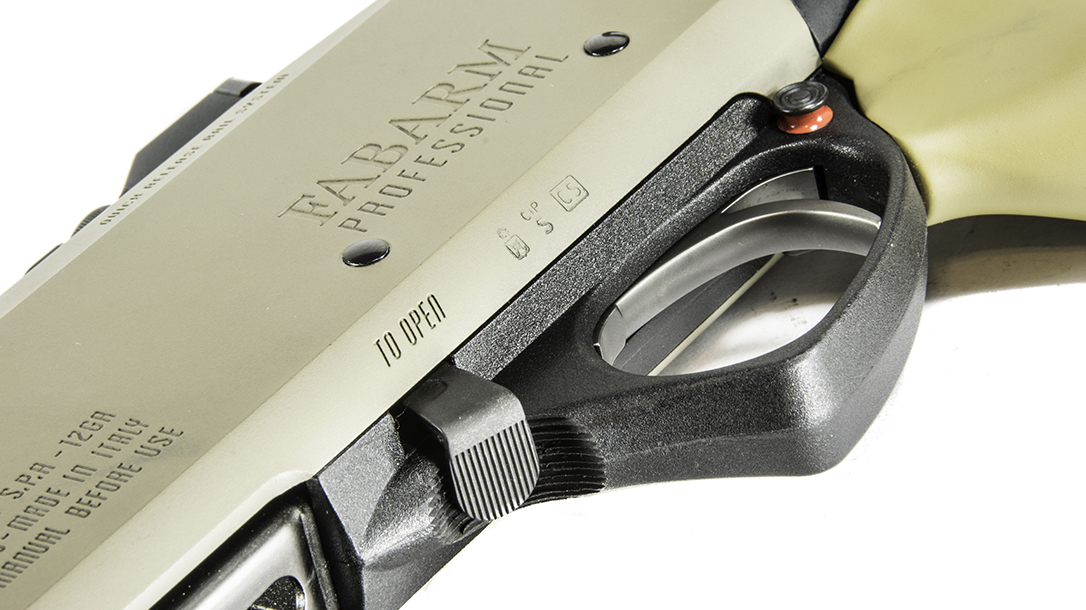 5 of 9
Fabarm STF 12
The crossbolt safety is round on one side and triangular on the other so you can quickly note the shotgun’s condition by touch. Also note the oversized action release. 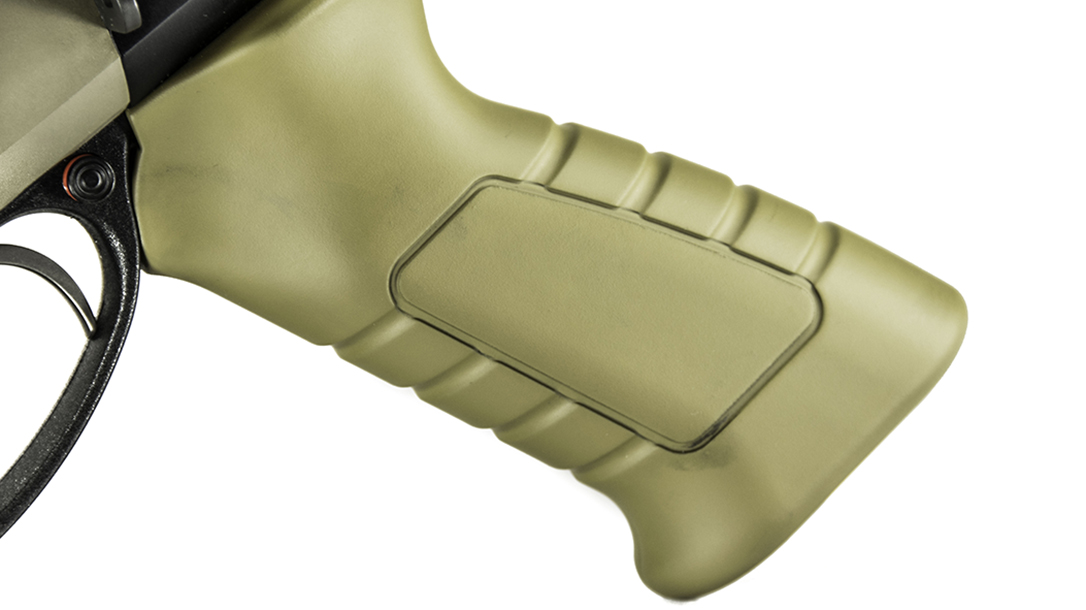 6 of 9
Fabarm STF 12
The STF 12’s grooved pistol grip is soft enough to absord recoil but hard enough to stand up to serious abuse, striking the perfect balance. 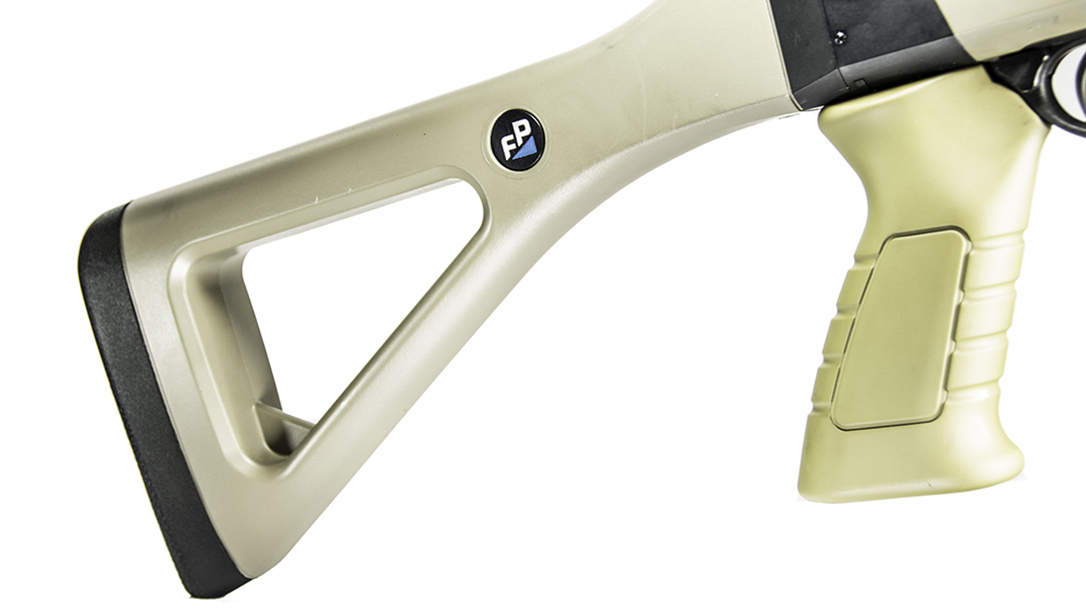 7 of 9
Fabarm STF 12
The tough synthetic buttstock is streamlined to reduce weight and comes with a thick rubber recoil pad. 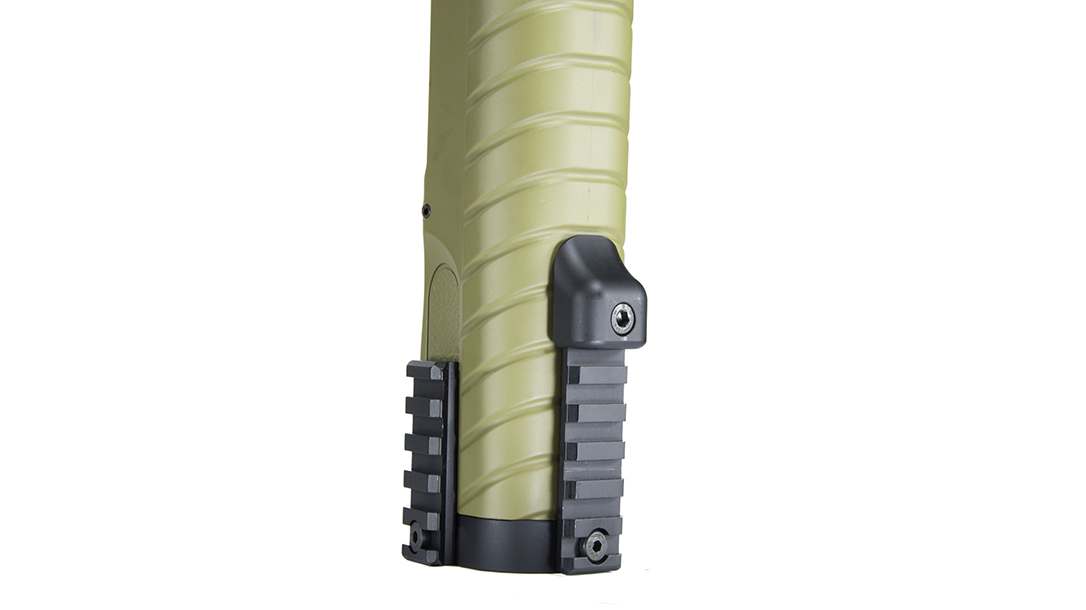 8 of 9
Fabarm STF 12
The polymer forend features a hand stop just behind the bottom accessory rail to prevent an operator’s support hand from slipping while running the gun hard. 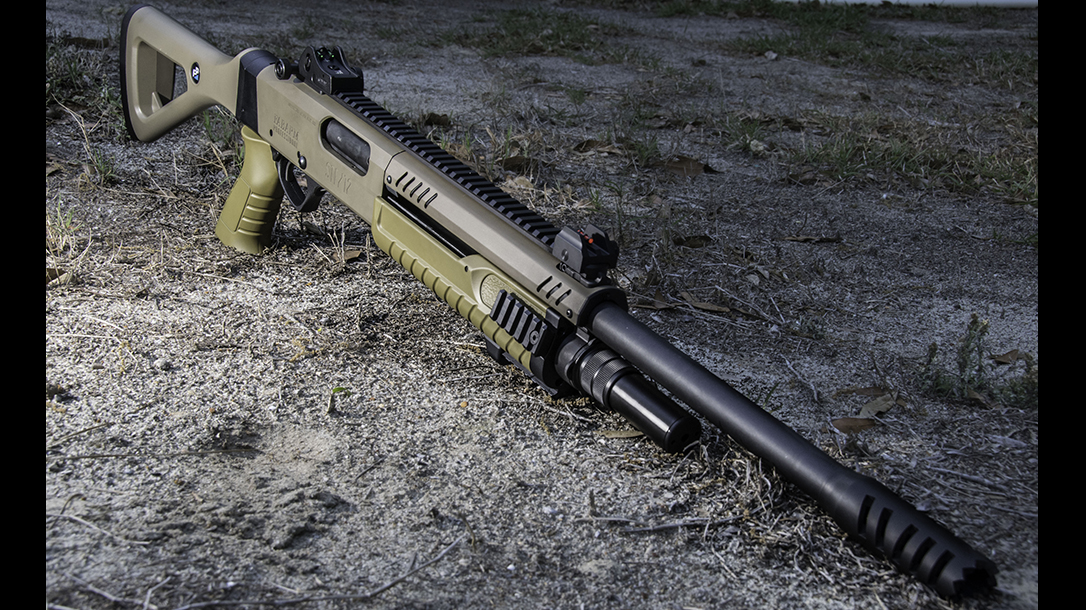 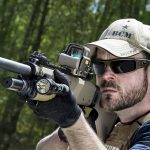 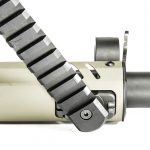 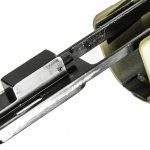 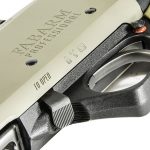 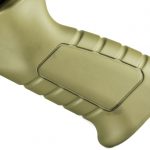 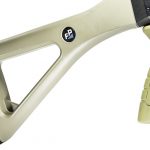 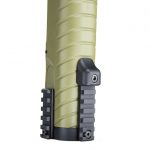 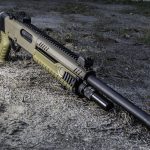 Pump-action shotguns are incredible. Between their rock-solid reliability and ability to deliver fight-stopping power, these hard-hitting workhorses are the ultimate do-everything guns. Because the pump-action shotgun is manually operated, it’s not ammunition sensitive, thus it’s able to use a mind-numbingly gargantuan amount of loadings, which can instantly transform a home-defense tool into a duck-hunting weapon or medium-range, slug-slinging deer gun in less than a minute. That makes the pump-action shotgun a safe, utilitarian choice for shooters needing a workingman’s gun.

And it’s that reputation as a blue-collar firearm that, in my opinion, limits the development of the pump-action shotgun in the United States. Thankfully, an Italian arms-maker has stepped up to the plate. And it has designed a pump-action shotgun with the strength and utility of an American blue-collar gun and the aesthetics and design principles of Italian craftsmanship. Enter the Fabarm STF 12.

Produced in the small town of Travagliato, the Fabarm STF 12 is a pump-action 12 gauge that feeds from a fixed magazine tube. The standard model’s tube has a capacity of 5+1 shells, but because the design already incorporates an extended tube cap, it wouldn’t be inconceivable for Fabarm or other companies to produce three-round extensions.

Although the first two models to arrive stateside ship with 18-inch barrels, a quick glance at the Italian Fabarm website revealed almost a half-dozen barrel length options, including a door-breaching 11-inch barrel and a 22-inch extended-barrel setup sporting a 7+1 shell capacity.

Further, although the first two tactical Fabarm shotguns come with ultra-durable fixed stocks, the company also produces telescopic and folding options for the gun. Based on those accessories and the gun’s popularity in Europe, it’s safe to assume Fabarm intends to continue supporting the gun as a platform and not simply a one-off for the American market.

If the name Fabarm rings a bell, it should. The Italian gun-maker produces a variety of mid-level and high-end hunting and sport shooting shotguns. They range from fast-handling semi-automatic guns to ornate yet functional over/unders for trap and skeet shooting. But don’t let the company’s hunting heritage fool you. The STF 12 isn’t Fabarm’s first foray into the realm of tactical scatterguns. A few years ago, Fabarm produced high-end tactical shotguns for the king of tactical firearms, Heckler & Koch. Given that company’s dedication to selling only the most durable, reliable firearms (cost be damned), that should be a radiant endorsement for the quality of its shotguns.

Fabarm even claims the barrel is so overbuilt that a squib slug can be cleared with another slug and still render the STF 12 usable and safe. I won’t try to verify that any time soon. However, it’s comforting to know that during a worst-case scenario blockage, the STF 12 won’t quit.

Before we get into a more detailed review of the design, we need a broad understanding of it. Although the Fabarm STF 12 is similar in operation to other pump-action shotguns, it has several distinct characteristics shooters should be familiar with before buying.

Interestingly, the Fabarm STF 12 shares several characteristics with the two most popular shotguns in America, the Mossberg 500 and Remington 870. But it has its own unique style. For example, like the 870, the STF 12 uses a heavy steel bolt with a single extractor. Unlike the 870, however, the Italian shotgun’s bolt is far more substantial, and the locking block’s design is superior. The 870 uses one small nub protruding from the block to retain it and act as a pivoting point, but the STF 12 takes a different approach. On the STF, the locking block’s axis and retention loop are milled from the same piece of heat-treated steel. This extra material makes the design safer during a catastrophic failure if one occurs.

Like the Remington 870, the STF 12 also uses a push-button sliding safety ideal for use with pistol grips. But unlike the Remington, the STF 12’s safety is oversized for ease of use with gloved hands. Another brilliant aspect of the safety is how the “safe” and “fire” sides of the safety feel different. One side is a simple cylinder, but the other is an odd triangular shape. This lets the shooter feel whether the gun is set to “safe” or not without having to visually inspect it.

Also, one of the ways the STF 12’s design departs from any I’ve seen is by directly attaching the transfer bars to the bolt carrier. That is brilliant. It’s something I’m surprised hasn’t been used by the two biggest American shotgun designers. Although it might seem inconsequential, maneuvering those arms into place on other pump-action designs can be tricky. Further, because the carrier and the bars aren’t directly connected, there’s space for debris and fouling to accumulate and potentially induce a malfunction.

One characteristic the Fabarm STF 12 shares with the Mossberg 500 is its use of an aluminum receiver. This dramatically reduces weight, making the STF 12 a fast-handling shotgun. Typically, that sort of weight reduction would also translate into increased recoil, but the STF 12’s muzzle brake makes shooting even the stoutest 3-inch defensive loads surprisingly pleasant—so much so that even my go-to “shoulder-buster” slugs from DDupleks were manageable. If that seems insignificant, consider that Broadhead Hexolit 32 slugs weigh 495 grains. They also scream out the barrel at about 1,400 fps. Those slugs are normally too punishing to run even in a semi-automatic shotgun and are brutal out of manually operated shotguns that don’t absorb any of the recoil impulse.

What’s really interesting is how the brake attaches to the gun. It actually threads into a long choke that then threads into the gun. The design is such that the brake tightens itself with every shot because it diverts some of the gas in a counterclockwise direction, imparting clockwise torque on the muzzle device.

After 300 rounds of defensive shotshells, the brake never budged. Sadly, the same couldn’t also be said of the quick-detach Picatinny rail. Although the STF 12 ships with a set of fixed-steel, low-profile, aperture-type iron sights, a quick-detach rail is also included to replace them. This rail features a set of eye-catching fiber-optic sights and provides an easy way to mount optics.

The problem is that the rear of the rail attaches to the steel rear sight with a thumbscrew instead of one that can be tightened with tools. The camming section at the front, which allows the rail to pivot into place, is rock solid, so the rail will never come off the gun. However, the entire thing will eventually develop some play after firing a few dozen rounds.

Thankfully, the rail can be re-secured with a quarter-turn of the attachment screw’s knurled knob. Ideally, Fabarm should include an alternative knob that features a large cutout that would permit shooters to use a shotshell rim or large coin to tighten it further. My solution was to apply a drop of semi-permanent Loctite to the threads. After doing so, I didn’t encounter any further issues.

If it seems like I’m nitpicking small issues, it’s because I am. The gun is so devoid of real flaws that I’m forced to pick out what tiny issues I encountered. These were actually difficult to write about, given the positive features of the STF 12, such as the forearm’s three separate Picatinny rail segments for mounting accessories like my Streamlight ProTac Rail Mount H-LX. The bottom segment also includes a hand stop to prevent shooters from accidentally overreaching the pump and grabbing the magazine tube. 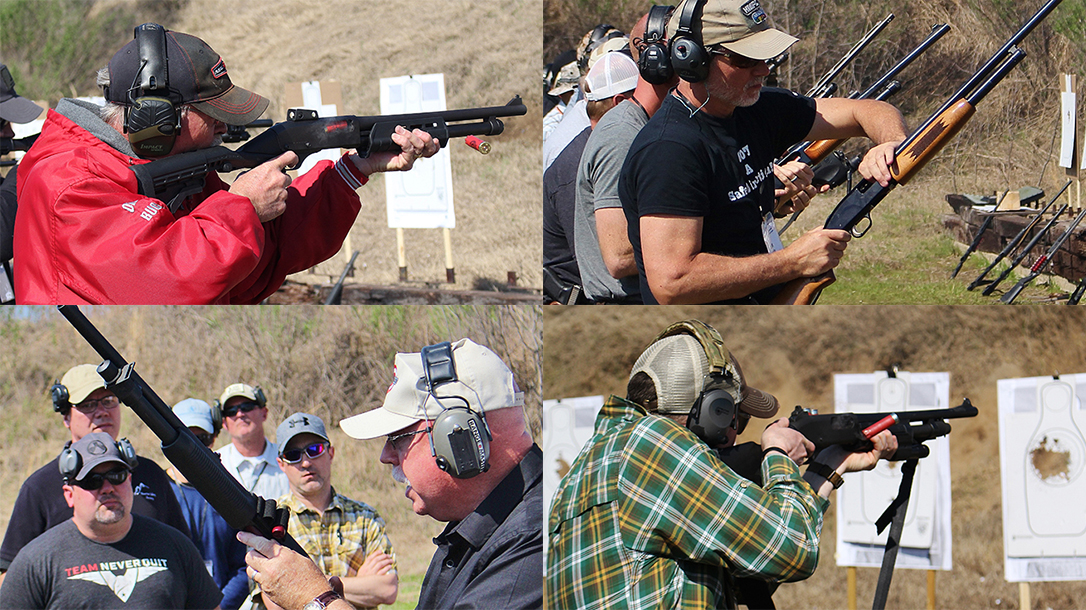 Another design aspect that goes a long way for ergonomics is the streamlined yet oversized action release. It strikes the perfect balance between being large enough to find easily in the dark while maintaining a sufficiently low profile to prevent snagging on gear or accidently disengaging itself.

The tube-fed pump-action shotgun isn’t a new invention. It’s been around in one form or another since Winchester introduced its Model 1897 in that year. Although the internals, ammunition and ergonomics have gone through multiple evolutions, the core concept behind them remains the same.

Because of that, most advances in pump-action shotguns have been incremental. This is doubly true because firearms are considered a mature technology—one that won’t see quantum leaps in performance like computers.

The Fabarm STF 12 isn’t revolutionary, but it doesn’t try or need to be. It takes the time-honored Italian tradition of honing a machine to perfection and applies it to a design most would never consider. So, although the Fabarm STF 12 is simply a pump-action shotgun, it’s the ultimate pump-action shotgun, much in the same way a Ferrari is simply a fast automobile. It’s not an untrue statement, but it leaves out the most important details of what it means to refine a design to perfection. 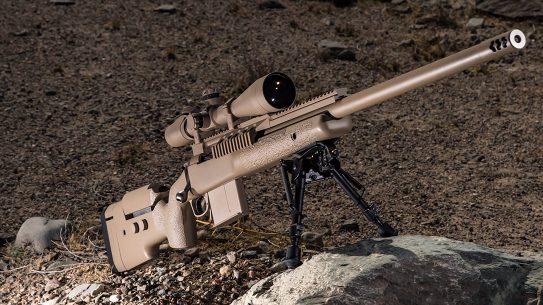