by Ashley Hlebinsky
in Guns, Shotguns
0

This weird piece of Winchester history is a lever-action repeating shotgun—no, not the Model 1887 or 1901 based off a John Moses Browning design—but one made in 1866.

If I’ve written it once, I have written it a thousand times: Oliver Winchester was not originally in the gun business. However, he quickly made a name for himself when he capitalized on Smith & Wesson’s lever action patent of 1854.

Winchester’s name is synonymous with firearms and the American West. While the Winchester collection is massive, there are not many guns that can be attributed to his personal use. 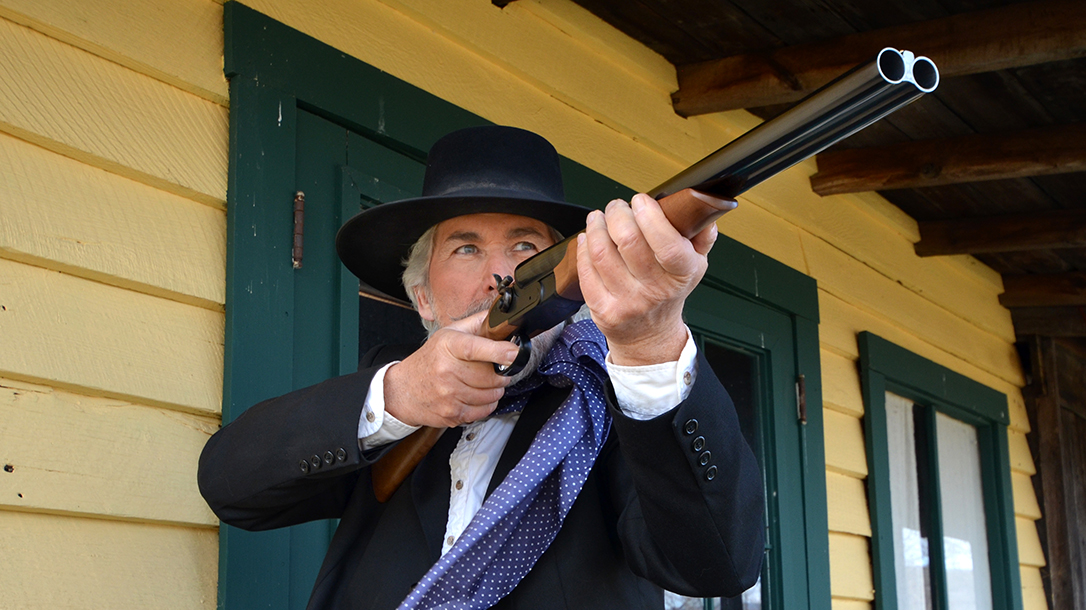 In the 1860s, Oliver Winchester started collecting firearms for the company. He initially collected direct ancestors to the Winchester rifle, such as the Hunt Volitional and Jennings rifles. It is said that he was inspired by Samuel Colt’s own gun room.

The Winchester collection continued to grow after his passing, totaling more than 4,000 firearms.

But the guns that personally belonged to Winchester himself are lacking—except for possibly this firearm.

This weird piece of Winchester history is a lever-action repeating shotgun—no, not the Model 1887 or 1901 based off a John Moses Browning design—but one made in 1866. Based on the Henry rifle, the firearm makes use of a magazine patent that Oliver Winchester received on Sept. 4, 1866.

The firearm’s build comes from an unknown French maker. However, the barrel bears the proof marks of Leopold Bernard, who was a well-known barrel maker in Europe at the time.

The records for this quirky shotgun are inconsistent and even conflicting.

One reference states that this shotgun’s origin was for Winchester’s personal use. The reference includes an unknown Parisian gun maker. Dates of the build range from 1866 to 1867 during Winchester’s tour of Europe.

Another part of the record only indicates that it is a French infringement copy of a Winchester firearm.

But which could it be?

Alas, much more research is necessary; that’s if there even is an answer. But, regardless, it stands as a weird product that came out of the “gun that won the West.”