AR-pattern rifles chambered in 7.62x51mm are not altogether uncommon. In fact, they have been growing in popularity over the years, with more manufacturers now offering them. It would be a mistake to think of AR-style rifles in this chambering as anomalies: Eugene Stoner’s original design for a military rifle to potentially replace the M14 was the AR-10 in 7.62mm NATO. 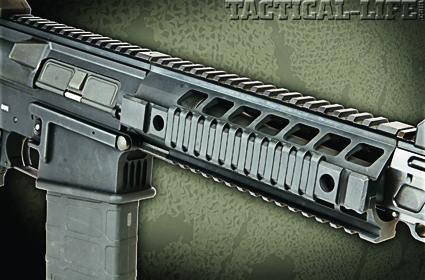 The 12.5-inch-barreled SIG716 CQB SBR is not an AR-10 nor a traditional AR. This semi-automatic rifle is actually piston-operated and includes many of the unique features that put Sig Sauer rifles far ahead of the pack. It is also one of only few AR-pattern piston-operated rifles available in the 7.62mm NATO caliber, selected by Sig Sauer for its improved reliability over standard gas impingement ARs. 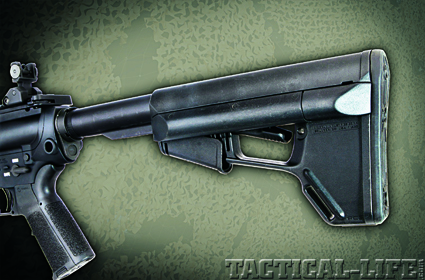 The SIG716 SBR features many upgrades, including the adjustable Magpul ACS stock and the MIAD grip, both with internal storage space.