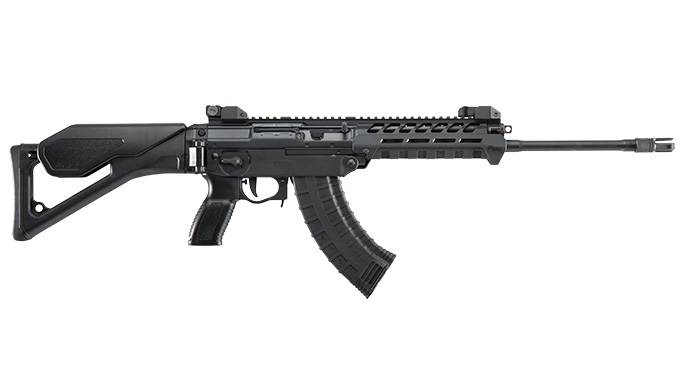 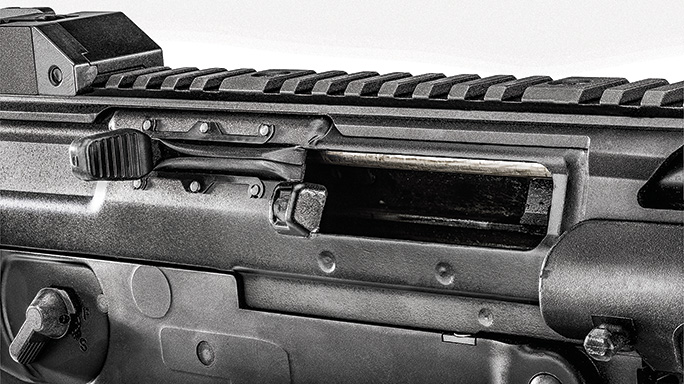 2 of 4
Photo by YAMIL SUED
SIG556xi Russian: Sig Sauer’s AK-ish AR Rifle
The long Picatinny top rail makes it easy to add optics, and the charging handle can be switched to either side of the receiver. 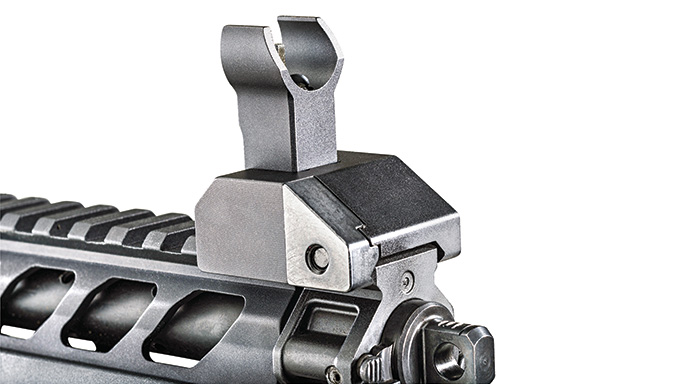 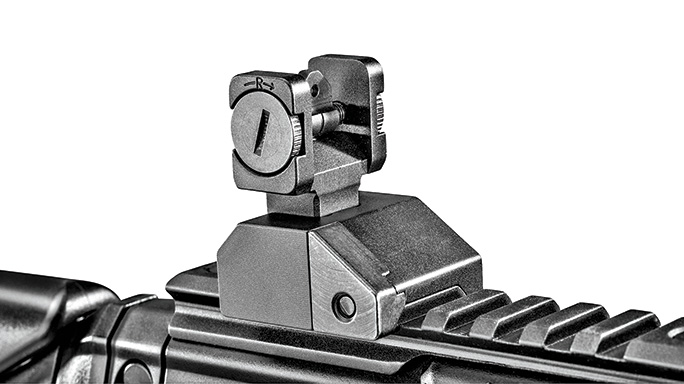 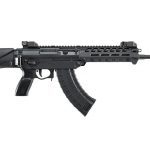 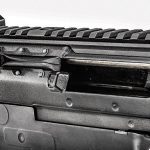 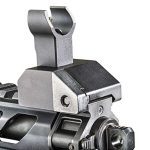 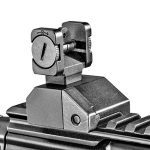 While others have argued about the benefits and downfalls of the AR and AK platforms, Sig Sauer has been selling a rifle that offers a different approach. As the company describes it, the SIG556xi offers a mix of both platforms with a heavy dose of the Swiss 550 series in the recipe. The result is a modular weapon system that can be set up to run in either 5.56mm NATO with AR magazines or in 7.62x39mm with AK-style magazines. Recently, I had the chance to spend some time with the SIG556xi Russian, which comes chambered in an iconic Cold War cartridge: the 7.62x39mm.

Let me start by saying that the rifle I received was well built and felt great in my hands. For me, the gun’s balance was superb, and using the rifle felt very natural. Its fit, finish and feel all received top marks.

Sig Sauer’s SIG556xi rifles are largely modular, meaning the shooter can easily mix and match parts. My SIG556xi Russian came with a Swiss-style folding stock, a 16-inch barrel chambered for the 7.62x39mm, a lower that accepts most AK-style magazines and a polymer handguard. However, with this design I can easily swap out the stock or barrel for others that better suit my needs. The lower receiver can also be changed to one that accepts AR magazines to match a 5.56mm NATO barrel, for example. I can also replace the handguard with an aluminum one.

Sig Sauer built this rifle so it’s easy for any shooter to operate. The controls are truly ambidextrous and brass does not hit you in the face no matter which shoulder you shoot from.

AK-type rifles have a nearly mythical reputation for reliability. While Sig Sauer did not design this rifle to compete with AK-47/AKM rifles, and the Swiss 550 series rifles are legends in their own right, the caliber and magazines will nevertheless cause shooters to make comparisons between this gun and the AK.

While on the range, I put roughly 500 rounds through the gun. The ammunition was a mix of premium U.S.-manufactured loads and a significant amount of steel-cased Wolf Performance ammunition. Throughout it all, I experienced only one problem. After about 200 rounds of shooting, I had a failure to feed with the Wolf load. I cycled the bolt and shot another 300 rounds without additional problems.

I enjoy shooting AK-style rifles, but I have to admit that the ergonomics of the SIG556xi were a significant improvement. Sig Sauer includes a removable cheek riser on the stock that was perfect for aligning my eye with the sights. Even with my increasingly unreliable eyesight, I managed sub-3-inch groups at 100 yards using an improvised front rest with all of the ammunition I ran. The best group of the bunch came with Hornady’s SST rounds, but even the inexpensive Wolf Military Classic load was suitably accurate for most purposes. With glass, a shooter could tighten the groups up even more.

The recoil was mild, and I could keep multiple rapid-fire strings on target with relative ease. I added a Trijicon MRO reflex sight to the gun to test its speed and accuracy at close range. The ergonomics of the gun combined well with the visibility of the sight to make easy work of close-in shooting. The MRO also worked well for shooting at longer distances.

Magazine compatibility is the only potential issue, and the problem can’t be entirely blamed on Sig. The AK-47/AKM platform has been in production for nearly 70 years in a seemingly unlimited number of models, factories and countries. With that much time and variation, tolerances fluctuate, and some parts simply don’t fit some guns. Making a receiver that can take “Magazine A” might mean it is too tight or too loose for “Magazine B.”

I found that the SIG556xi Russian leaned toward being tight rather than loose when it came to magazines. The included 30-round TAPCO magazine worked perfectly, as did the surplus metal magazines from Poland and Egypt that I had on hand. However, I tried a variety of 10- and 30-round TAPCO magazines from different manufacturing lots and discovered that none of them would fit. I determined that if I filed down the ledge on the back of the TAPCO magazine body where the latch hooks onto it, then the magazine would work. It was still tight, but it would feed and function properly.

The SIG556xi Russian is a high-end rifle that is suitable for virtually any mission where you might need to employ the medium-power 7.62x39mm cartridge. From a treestand to a perimeter position on a SWAT callout, I would happily carry this rifle. With any of the top loads in this caliber, the SIG556xi Russian is a credible defensive tool and worth your time and consideration. 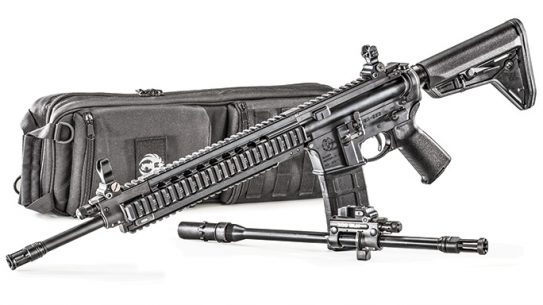 Ruger’s new takedown, quick-caliber-swap SR-556 is ready to roll wherever you roam.