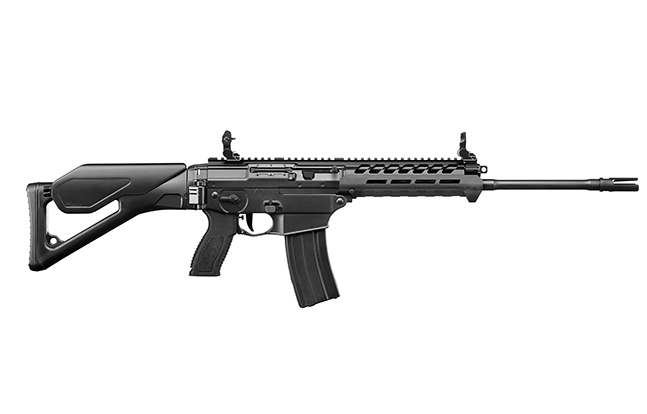 1 of 7
Sig Sauer’s 556xi Boasts the Best of AK and AR
The SIG 556xi is a truly versatile rifle that uses reliable gas piston operation, AR magazines and is fully ambidextrous. A changeable barrel and the non-serialized lower receiver make it caliber convertible. 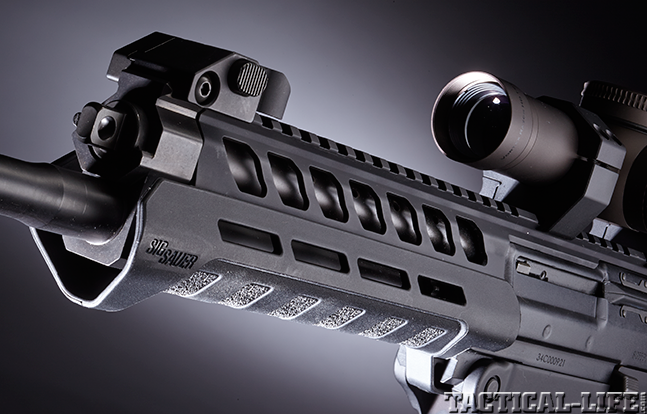 2 of 7
Sig Sauer’s 556xi Boasts the Best of AK and AR
The port on the left side of the receiver is for the reversible charging handle operation and is not an ejection port. 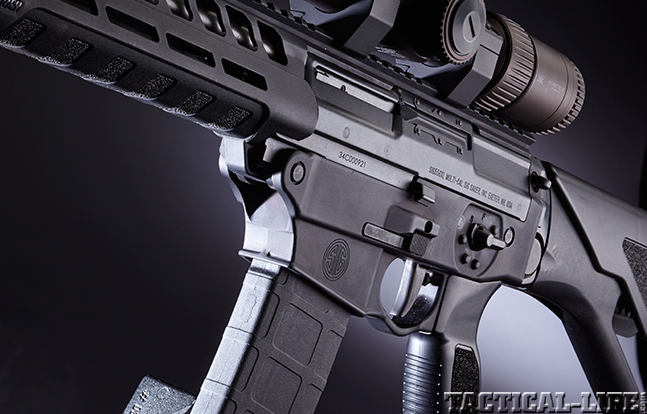 3 of 7
Sig Sauer’s 556xi Boasts the Best of AK and AR
The SIG 556xi is a truly versatile rifle that uses reliable gas piston operation, AR magazines and is fully ambidextrous. A changeable barrel and the non-serialized lower receiver make it caliber convertible. 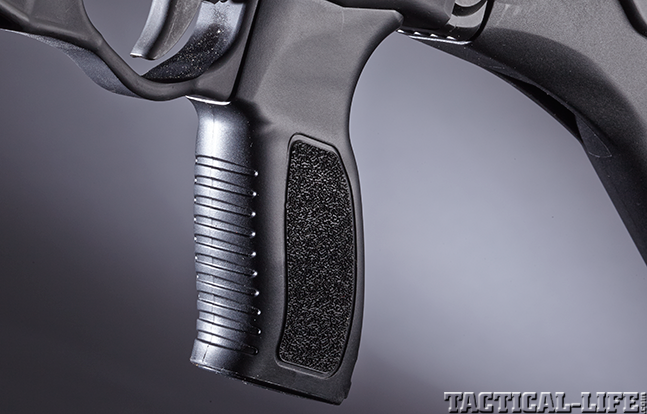 4 of 7
Sig Sauer’s 556xi Boasts the Best of AK and AR
The ergonomic pistol grip offers a rough surface for a firm hold as well as internal storage space for extras. 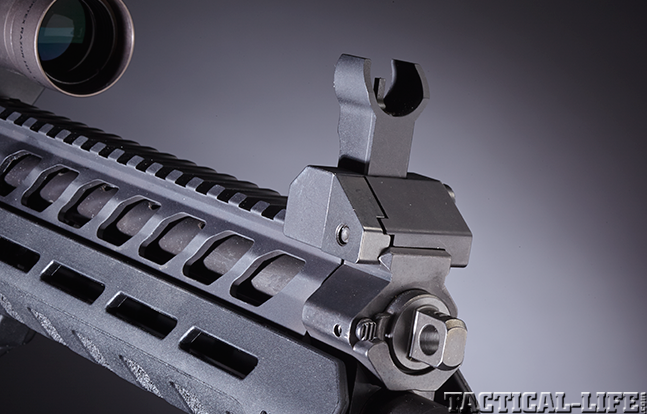 5 of 7
Sig Sauer’s 556xi Boasts the Best of AK and AR
The flip-up iron sights are adjustable as is the gas system to compensate for an extremely fouled rifle or suppressor use. 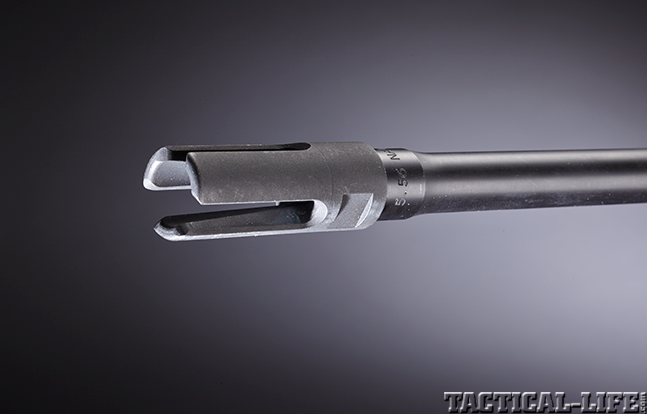 6 of 7
Sig Sauer’s 556xi Boasts the Best of AK and AR
The three-pronged flash suppessor effectively reduces muzzle flash and is removable for replacement or suppressor use. 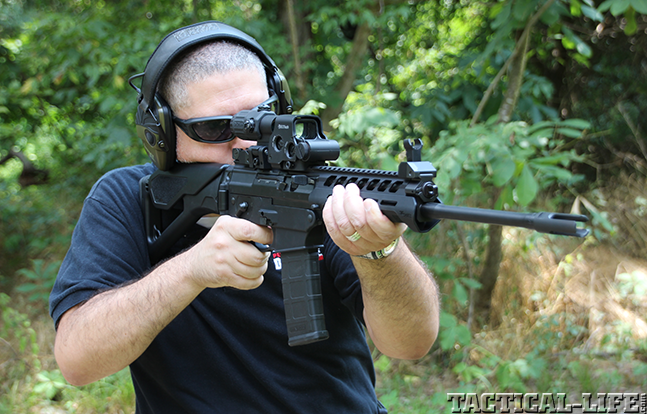 7 of 7
Sig Sauer’s 556xi Boasts the Best of AK and AR
The SIG 556xi is a truly versatile rifle that uses reliable gas piston operation, AR magazines and is fully ambidextrous. A changeable barrel and the non-serialized lower receiver make it caliber convertible. 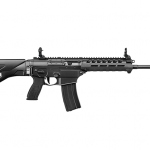 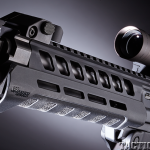 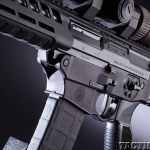 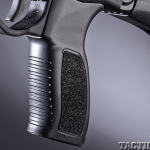 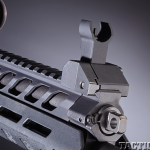 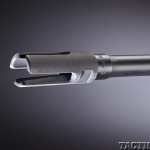 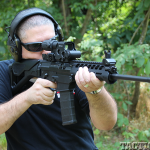 It’s a bit strange how a 150-year-old Swiss wagon manufacturer ended up being one of the world’s most prolific and highest quality arms makers. Sig Sauer actually started on this road with a military contract to manufacture muskets for the Swiss army. The Sauer component came later, when the company teamed up with German firearms firm Sauer & Sohn in the 1970s to manufacture pistols.

Of course, “Swiss made” is synonymous with quality, and when it comes to its national defense the country of the citizen soldier doesn’t cut corners. A nation of rifleman takes its guns seriously and Swiss military arms are renowned for accuracy and reliability. The SIG556xi is no exception and carries the tradition of the SG 550 rifle on which it is based.

The SG 550 is the standard issue rifle for the Swiss military, originally adopted in 1990 and replacing the rather ungainly Stgw 57. The change also came with a new cartridge. Instead of the pre-WWI 7.5x55mm Schmidt Rubin cartridge, the Swiss now use their own version of the 5.56mm NATO round. Making the rifle modular so that it could be used by different types of troops for different missions was a priority in adopting the SG 550.

The Sig Sauer 556xi model keeps the modular abilities of its predecessor but adds touches that will be more appreciated by an American audience. The new rifle uses standard AR magazines instead of the expensive and hard-to-find, proprietary, translucent SIG magazines.

The SIG556xi is a gas-piston-operated, semi-automatic rifle, although select-fire models are available for sale to government agencies. A rotating bolt ensures proper lock-up and very much resembles the bolt found on an AK.

The basic principle and accompanying reliability is the same. The gas system also features three settings to control the amount of gas that is fed into the gas tube and piston.

The rifle’s 16-inch steel barrel is not chrome lined; instead it is nitride treated. The result is an extremely corrosion-resistant barrel with improved wear resistance and lubricity. The nitride treatment dispenses with the need for a chrome-lined barrel and can actually improve accuracy, as chrome lining can be unevenly applied. One of the modular features of the SIG556xi is that the barrel can be removed with a barrel wrench in the field and replaced with different barrel lengths, which are available in 10 and 16 inches.

Switching calibers is also very easy. The SIG556xi also allows for the use of 7.62x39mm ammunition. This requires changing the barrel, the bolt and the lower receiver to accommodate AK magazines.  (Note: Lower only needs to be changed if the user wants to use standard AK mags, if a stanag 7.62×39 mag is used the lower doesnt need to be changed, just the barrel and bolt.) All of these changes can be easily accomplished by the operator in the field, and since only the upper receiver is serialized, you can have as many unrestricted lower receivers as you like.

The handguards are also removable and replaceable to fit mission needs. The sample rifle tested was equipped with smooth, lightweight polymer handguards. These will readily accept Magpul rail kits and accessories for adding additional equipment such as IR lasers or lights. The optional aluminum handguard is also readily adaptable to rails of different lengths.

“The SIG556xi Standard weighs and handles similar to an AR. It is light and handy, and the reliability over two days of testing was impeccable.”

The side-folding stock of the carbine makes transport easier and brings the size of the rifle down to very compact dimensions. A removable polymer cheekrest is attached in order to bring the user’s eye elevation up to optics more comfortably. However, I found that with the stock folded this cheekrest interfered with the operation of the charging handle. To avoid this, an operator could switch the ambidextrous charging handle to the left side of the rifle or remove the cheekrest.

The charging handle can be reversed from the standard right side to the left, however cases will continue to eject to the right regardless. At the rear of the charging handle port there are rubber gaskets on both sides of the receiver that allow of the operation of the handle while doing an excellent job of keeping out dust and debris from the action.

The lower receiver is made from aluminum and features an ambidextrous safety selector and magazine release. The safety selector has a short, 45-degree, downward rotation for the fire mode. The left-side-mounted bolt release is a lever that operates in the opposite fashion as found on pistols. To lock the bolt to the rear, the release tab must be pushed down. To release the bolt, the operator must push up on the bolt release or use the charging handle.

The SIG556xi Standard weighs and handles similar to an AR. It is light and handy, and the reliability over two days of testing was impeccable. The rifle features a two-stage trigger, which may seem odd at first to those used to the mil-spec, single-stage AR or AK trigger. According to Sig, the trigger pull should be a standard 7.5 pounds combined.

Reloading spent brass is not a concern for the average soldier, but anyone who does reload should be aware that the SIG556xi had a distinct tendency to leave ejected cases with dents to the case mouth. The shooter at the range next to me happened to have the identical rifle and experienced the same case damage.

For accuracy testing I used a 3-9 power Trijicon scope from a stable benchrest position at 100 yards firing five-shot groups. The results in the accompanying table were good, especially with the heavier HPR ammunition, which 1-in-7-inch twist barrels generally prefer; this 75-grain round produced sub-MOA results. Standard mil-spec 62-grain ammunition should also be capable of respectable accuracy from the SIG556xi.

With the 556xi, Sig Sauer has produced an excellent, completely modular and versatile rifle. The ability to quickly and easily adapt the rifle to meet various needs and conditions in the field, including the use of both 5.56mm NATO and 7.62x39mm ammunition and magazines, is impressive. 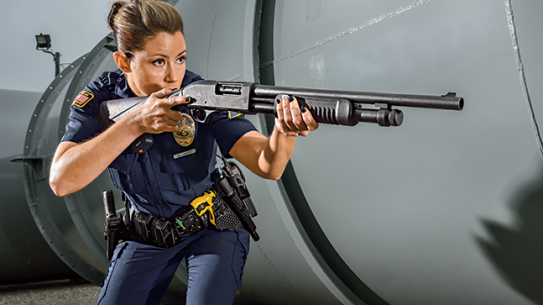 The TACPX2 from American Tactical is a lightweight pump action 12-gauge shotgun that packs...