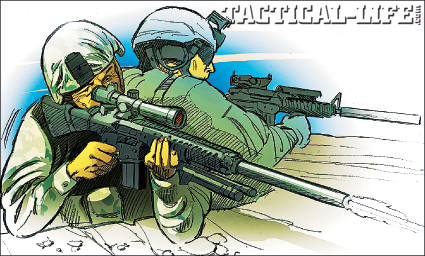 Wanted: Your Under Fire Stories! TW would like to hear from you! Email your submission and photo to [email protected] We pay $100 for any featured story!

ODAs (Operational Detachment Alphas) 372 and 391 made their way to the Taliban hideout in the pre-dawn darkness. Intel reports indicated that the Taliban in the region were using the area as a rest point as they transited the province. After surrounding the compounds, two Special Forces soldiers grabbed one of the Taliban for questioning as he left the compound for an early morning trip to the bathroom. The ensuing scuffle touched off a firefight between the two elements. The two SF teams were surprised to find somewhere between 40 and 60 Taliban resting in a place intel reports said would only contain 5 to 10. Both the Taliban and the Americans quickly became mixed with one another, making target identification difficult. The ensuing firefight lasted four hours with the Taliban making repeated efforts to break contact with U.S. forces. The battle ended with no American casualties and just under half the Taliban dead or requiring Medevac.

The two ODAs credited their suppressors with greatly enhancing the mission’s success. When the two elements became intermingled, suppressors made it easy to identify friendly fire from that of the Taliban. Unsuppressed fire was the enemy’s and drew all of the two team’s attention. Suppressors also trapped any muzzle flash from the ODA’s weapons, making it impossible for the Taliban to accurately return fire. The sound attenuations from the suppressors even made it easy for the team’s members to communicate with each other. Team members could speak to each other without screaming, making it more difficult for the Taliban to locate them. The element’s commander said, “Suppressors are why we took no casualties. Without them, the battle would have been much more chaotic and drawn-out.” 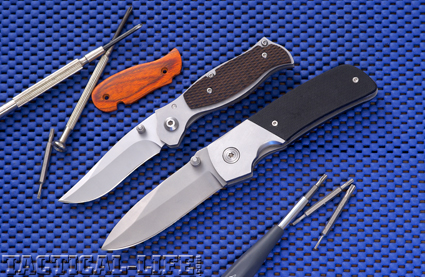 Roll Your Own! | Linville Knife and Tools’ 007 & Chinook Knife Kits

Wanted: Your Under Fire Stories! TW would like to hear from you! Email your…