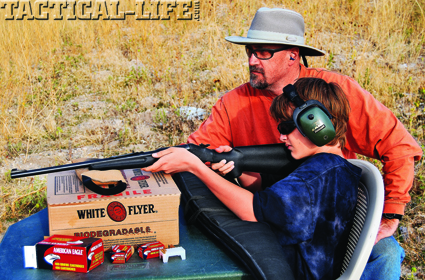 You probably have a “starter gun” memory. The very first gun you fired as a kid with Pop or Uncle Joe, with a friend if you got into the game later on in life, with a drill instructor in uniform or with a range officer at the academy. First guns are very important guns because they can make or break you as a shooter. If the first shot you ever fired was a .22 rimfire, you can probably still remember that long-ago grin without much effort. If it was a .44 Magnum, chances are the memory will be of a grimace, and you may have never fired another round since that day and probably aren’t even reading this right now.

There are many good reasons for starting out with a .22-caliber pistol or rifle, not the least of which is the caliber’s lack of intimidation. Recoil is minor, muzzle blast is negligible and the cost per round is much more affordable. These guns run lighter in weight and tend to be more affordable than centerfires, and if you look among various makers, you can find a gun sized right for a person at any age or stage of vertical development. You can also start out with a very basic gun, and if the .22 holds its attraction beyond the learning phase, there are more sophisticated .22s for competition, hunting or tin-can-bouncing up the hillside. There isn’t One True First Gun for everybody, but if your beginner is a child, it’s best to start as light and simple as you can. Fighting the weight of a heavy, adult-sized gun is a distraction a smaller shooter doesn’t need, and a gun with a complicated operating system just adds confusion. This is where I introduce Rielly and the H&R Sportster. 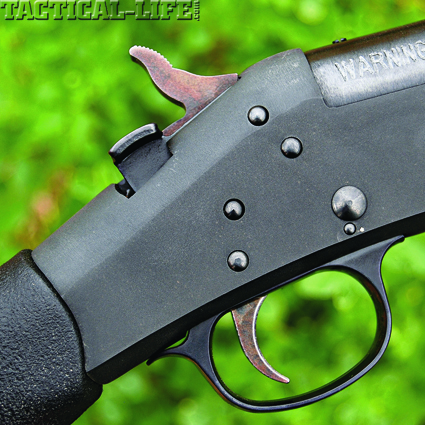 Rielly is an 11-year-old fifth-grader who comes from an upper-middle-class background. He is a B+ student, does chores around the house to earn money for his coin collecting hobby, is an avid fan of basket­ball, loves video games, skirmishes with his older brother and sister now and then (and then again), and is addicted to French fries and mashed potatoes. His dad is a retired cop and a competitive shooter, and while Rielly’s no stranger to firearms, he hasn’t had much in-depth experience with them. At just under 5-feet-tall and weighing 80 pounds, Rielly doesn’t have yet the upper body strength to steadily hold a rifle while firing freestanding, but he’s always game to try. As Rielly’s uncle, I proposed the idea to his father of combining a gun review with a basic shooting class. The answer was along the lines of “Sure, do whatever you want with him!” When consulted, Rielly wasn’t severely opposed to the idea, either. 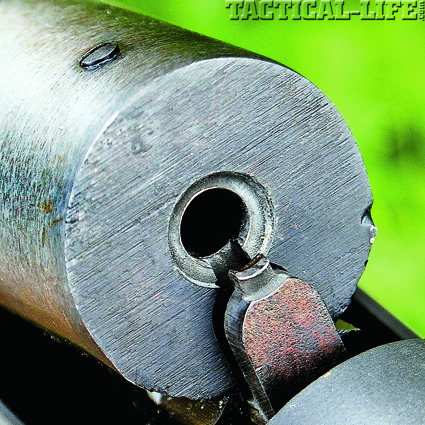 The automatic ejector kicks empties out positively upon opening the action. 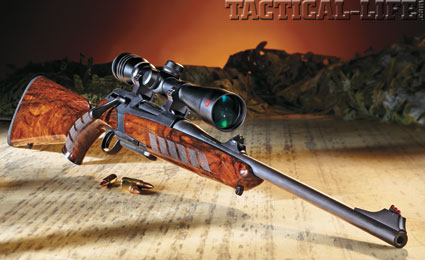