As a full time trainer, I now run scenario-based training for my students. Some of that training includes responding to domestics. In one of the scenarios, when the officers arrive, a wife is holding a bloody rag to her head tells the officers that her husband has assaulted her by hitting her in the head with a frying pan. She tells them that he is drunk, violent and asleep in the backroom. All too frequently one of the students will go back to the bedroom and wake the suspect in order to question him. This usually results in a fight breaking out. The moral of the story is, “Let sleeping giants, sleep.”

Obviously a better plan might be for both officers to go back and place the suspect in handcuffs and then wake him up.

I arrived at the bar that night in response to a complaint of several people fighting. I identified the parties involved and determined that it didn’t require an arrest. One suspect stood out. He was about 6’4”, big and drunk. He seemed nice enough at the time. He had gotten into the usual argument with a couple of locals. He was from out of town but used to spend his summers here when he was a kid. I released him and started to talk with the bartender.

The bartender told me that the suspect’s father was a military man, and that he and several of his friends had decided to do an experiment on their male children. He explained that each of the boys had been trained in their youth in martial arts, weapons and firearms in an attempt make soldiers out of them. He told me that a book was even written about the experiment. He went on to explain that the experiment had backfired and because of the severity of the training most of the boys had developed psychological and chemical abuse problems. I counted my blessings that the suspect had been in a good mood and I had not decided to demonstrate his talents on me.

My shift had started at 1800 and would end at 0600 the following morning. It was winter but temperatures had been mild since Spring was approaching. The rest of the shift went along without much happening in the little town.

At 0530 the radio silence was broken by dispatch requesting that I respond to a residence in regard to an unwanted person. The homeowners had awakened to find a man passed out on the floor of their kitchen. I arrived and spoke with the elderly male homeowner and his wife.

The suspect was lying on his side facing the kitchen cabinets. A deputy would come on at 0600 and I would have to pick up my partner at the same time for shift change so back up, as usual, would be slow in coming if I needed it. I thought about trying to wake him but decided to cuff him first. I grabbed the one hand that was in view and quickly secured it. I pulled his second hand out and cuffed that one just as he was starting to wake. Initially he struggled against the cuffs but as I explained to him where he was and what was going on, he seemed to calm down.

As I rolled him onto his backside and stood him up I noticed three things. The first was a kitchen knife lying on the floor where he had just been. The owner identified it as his and that the suspect must have taken it out of the drying rack that was on the kitchen counter. Apparently he had decided to curl up armed before taking a nap.

The second was the rifle leaning against the wall that had been hidden from my view when I came in. It had been behind the door as I focused on the suspect. A friend of the homeowner would explain later that the old man kept the .22 loaded in case dogs got into his garbage cans.

The third thing was that the suspect was the same suspect from the night before. I sighed a breath of relief imagining what could have happened if the old man had awakened the suspect before my arrival. I was also relieved that the burglar hadn’t had time to put the knife or rifle to use on me.

He would be charged with Burglary and Damage to Property. After he was transported to jail, phone calls started coming in about vandalisms to vehicles. Following his tracks in the snow it appeared that after he left the bar he staggered through the neighborhood entering several vehicles attempting to escape the cold and find a place to sleep. While in the cars he has apparently gotten restless and trashed the interiors. His steps also indicated he had tried to enter several other homes, but was unsuccessful because they were locked.

There are a few little sayings that I try and teach my students regarding officer safety; “Stop, listen, look, then approach”, “Control then cuff”, “Cuff then Search” and “Let sleeping giants, sleep”. 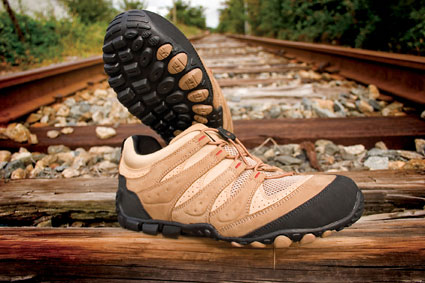 As a full time trainer, I now run scenario-based training for my students. Some…