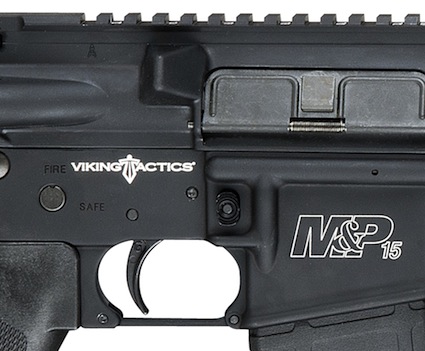 Each of the new M&P15 rifles help to diversify the Company’s current line of purpose driven centerfire rifles.

M&P15 MOE Mid
The new Magpul Spec Series of tactical rifles includes a co-branded lower receiver that is only available through Smith & Wesson. The first two rifles in the series consist of the M&P15 MOE Mid, available in black and flat dark earth configurations. Providing performance-minded shooters with a reliable option from a trusted manufacturer of modern sporting rifles, the M&P15 MOE Mid utilizes a unique mid-length system.

Based on the proven M&P15 platform, the M&P15 MOE Mid incorporates Magpul’s original equipment while delivering the accuracy and dependability that consumers have come to expect from Smith & Wesson. At the base of the rifle is a newly added mid-length operating system. Resulting in lower recoil with improved second shot probability, the M&P15 MOE Mid allows shooters the opportunity to make consecutive follow-up shots more accurately.

The new co-branded, Magpul designed forged lower receiver features a flared magazine well to help ease reloading. For improved handling, the lower is also standard with a forward serrated edge on the magazine well and an ambidextrous finger shelf that allows proper indexing of the trigger finger prior to the firing of the rifle. Shooters will also appreciate the solid one-piece integrated trigger guard design along with the rifle’s sharp design lines for improved aesthetics.

The M&P15 MOE Mid comes standard with a 16-inch 4150 CMV barrel with a 1 in 8-inch rate of twist and 5R rifling for improved accuracy. For extended durability, the rifle’s barrel has a Melonite® finish and both the bolt carrier and gas key are chrome-lined. At the end of the barrel, Smith & Wesson has added its patent-pending enhanced flash hider. Designed to significantly reduce the flash signature of the rifle, the new flash hider directs gases and sound forward away from the shooter while helping to
eliminate secondary flash.

The new M&P15 MOE Mid is standard with several Magpul innovative features, which include a MOE six-position, collapsible buttstock and a modular MOE mid-length handguard. For an improved grip both near the firing control and on the forend, the rifle is setup with a comfortable MOE pistol grip and a removable MOE vertical grip (MVG). The new tactical rifle is also standard with a folding Magpul MBUS rear sight along with a traditional A2-style front sight. Each rifle is sold complete with one 30-round PMAG® magazine.

“We’re very excited about the new Smith and Wesson Magpul Spec Series of rifles,” said Drake Clark, Senior Director of Sales and Business Development for Magpul. “The integration of both Brands in this line really showcases Smith & Wesson’s manufacturing abilities and quality, while highlighting Magpul’s design capabilities and input on configuration. Everything from the barrel specs to the sharp appearance of the lower was determined so that the rifle not only performs great, but offers a distinct look that only Smith & Wesson and Magpul can deliver.”

M&P15 VTAC II
Smith & Wesson worked closely with Kyle Lamb of Viking Tactics to design the specifications for the M&P15 VTAC II. The new tactical rifle offers reduced recoil and improved accuracy based on the mid-length system. The rifle’s 16-inch barrel is constructed of 4150 CMV steel and is standard with a 1 in 8-inch rate of twist and a Melonite® finish. The new tactical rifle features 5R rifling, which maintains accuracy and helps to reduce copper fouling and cleaning times.

“The new Smith & Wesson VTAC II is the next phase of the evolution of the combat carbine,” said Kyle Lamb. “Whether headed to the range or into harms way, the new rifle is mission ready with all the enhancements needed right out of the box. Made right here in the United States, this M&P15 is all you
could ever ask for, no upgrades required.”

The M&P15 VTAC II is available with a VTAC®/Troy™ Extreme TRX Handguard that allows for quick target transitions made possible by its lightweight, ergonomic design. The new handguard also helps to reduce heat transfer, while the multiple accessory slots provide a myriad of options for mounting accessories. Each M&P15 VTAC II is packaged with two, 2-inch adjustable Picatinny-style rails for convenient mounting on the forend.

At the end of the barrel, Smith & Wesson has added its patent-pending enhanced flash hider. The new flash hider helps direct gas and sound forward away from the shooter, while reducing the rifle’s flash signature. The VTAC II lower is standard with a VLTOR® IMod six-position, collapsible stock that extends the rifle to 36.75 inches and shortens it to 33.5 inches with the stock collapsed.

For improved accuracy, the M&P15 VTAC II is standard with a Geissele® Super V Trigger. The enhanced trigger provides shooters with a light pull and quick reset for precise shot placement. Additional VTAC branded features that are packaged with the rifle include a wide, padded two-point tactical sling along with a LPSM low profile sling mount. For illuminating targets, a VTAC light mount has been added to the setup. Each rifle is complete with a 30-round PMAG® magazine.

“The first versions of the M&P15 MOE and M&P15 VTAC were so well received by the industry and users that we quickly recognized the need for additional models,” said Danielle Sanville, Smith & Wesson’s Product Manager for Modern Sporting Rifles. “After deep discussions with both Magpul and Viking Tactics, new design specifications were created for each rifle based not only on customer feedback and research, but also on the new capabilities being offered by both companies. The end result is two new M&P15 tactical rifles that break away from the ordinary, both delivering superior quality and performance.” 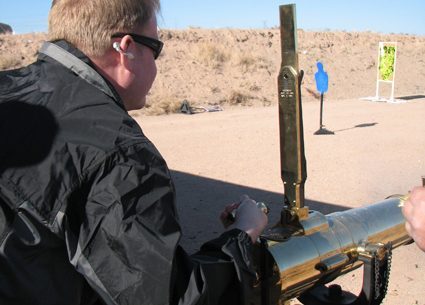