Every year we get excited about the new pistol offerings from Smith & Wesson and they never let us down. However, as exciting as a new semi-auto or revolver is, there is a certain level of predictability that comes with each year’s release. S&W must have realized that and has thrown a massive curveball at us with the M&P12. 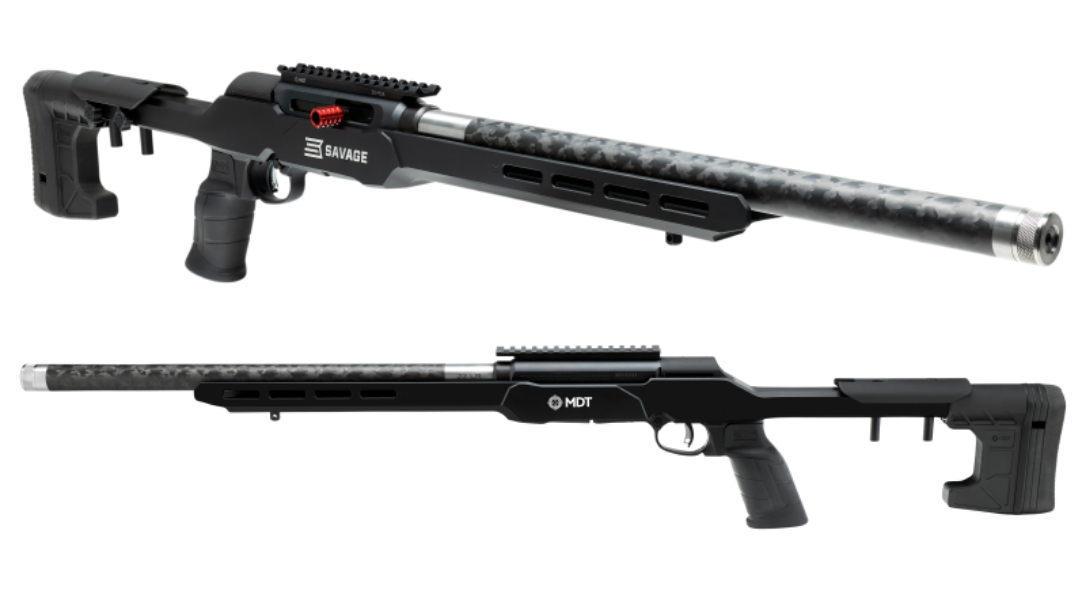 Savage A22 Precision Lite: For the Fun of Shooting

A Departure from Tradition

Instead of a new pistol or carbine, S&W has developed and delivered the home defender a 15-shot capacity dual-magazine pump-action 12-gauge shotgun. Those who wish to run mini-shells can pump that capacity north of 20 rounds without the need for an adapter too. I first encountered this gun at the 2021 Athlon Rendezvous and it was one of the guns that I was most excited to fire.

Similarities to the M&P Pistols

At first glance, you’ll likely notice the cues from the company’s top-selling M&P pistol line. The grip mimics that of the near-iconic pistol and provides a direct transfer of muscle memory for those that currently shoot M&Ps, like cops. Smith & Wesson even went out of their way to include the interchangeable palm-swell inserts, allowing it to fit nearly any hand just the same. When I first picked it up I noticed the heft that was a pound or two more than other shotguns of this nature. I also noticed the heft when I fired it, in the form of recoil reduction. After firing 15 rounds I turned to my colleague, Sean Utley, and described the experience as “you’ll know you fired something but you won’t regret that you did”. With that, I reloaded and dumped another two mags out into the field of DOA steel targets.

As you might guess, the operation of the M&P12 is a bit unique, so let’s start with loading. As it is a bullpup, the action is set quite a bit rearward. The easiest access to the magazines can be achieved by pointing the gun straight down. Then you face the ejection port towards you. A rear-mounted QD sling point makes resting the gun in a single-point sling work like a charm. If one isn’t installed a table does the trick quite nicely too. After getting each round down to the rim there is an assist that compresses the feed-lip, making it effortless to snap past for shell retention. After your tubes are filled, you will likely need to hit the action release to pump it.

This critical control is put in a very easy-to-reach location, right in front of the trigger guard. It’s even ambidextrous, as is the AR-style safety. This brings us to the trigger which was about what you would expect from a bullpup. For for a shotgun, it was relatively insignificant. After dumping your first seven shots, you simply hit the magazine selector that is located just above the trigger guard and you are back in business.

Stay Tuned for a Full Review

My time ended quickly with the M&P12. I requested a sample and politely asked them to ship it ASAP. I hope to run it through a variety of scenarios back home. The goal is to get a thorough feel of how it maneuvers and how well it digests other rounds. I would like to see what it would be like topping off the magazine from a sling. I’d also like to see if I can stay behind cover and cycle the action. In the meantime, for more info visit www.smith-wesson.com