0
SHARES
242
VIEWS
Share on FacebookShare on Twitter
Smith & Wesson’s latest version of the M&P15 is the TS model—short and light with a very businesslike look.

An SBR (Short Barreled Rifle) is a rifle with an overall barrel length of less than 16 inches. These types of carbines are popular with law enforcement—especially SWAT officers—because they are easier to transport in patrol cars and easier to wield in close quarters, like when conducting a tactical entry. The problem with SBRs is that they require a special application and a $200 transfer fee through the ATF. Police departments are exempt from this. However, later transfer of an SBR requires the same application and tax payment unless it’s going to another law enforcement agency. 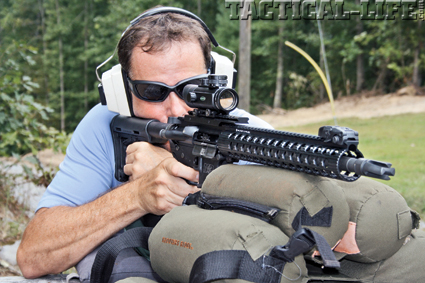 During off-hand tactical drills the short S&W M&P15 TS handled very well and was just as accurate as any AR with a 16-inch barrel. 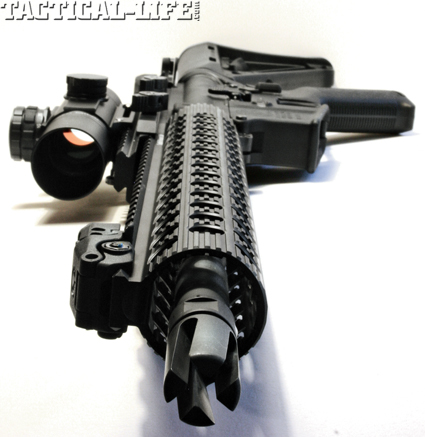 Despite the shorter barrel, Smith & Wesson remains compliant to ATF’s regulations by permanently attaching a Vortex flash hider to the M&P15 TS’s 14″ barrel.

Despite the shorter barrel, Smith & Wesson remains compliant to ATF’s regulations by permanently attaching the flash hider to the M&P15 TS’s 14-inch barrel. The downside to this is that the enduser cannot change the type flash hider on the rifle or covert it for use with a suppressor. You might be wondering why Smith & Wesson would do this, especially since police agencies are exempt from the ATF’s SBR restrictions. While I didn’t ask anyone at S&W for an explanation, it seemed pretty obvious to me.