7-shot revolvers such as the Smith & Wesson Performance Center Pro Series 686 Plus occupy a weird place in the niche world of competition revolvers. But does a gun have to be “for” something, or can it just be fun? 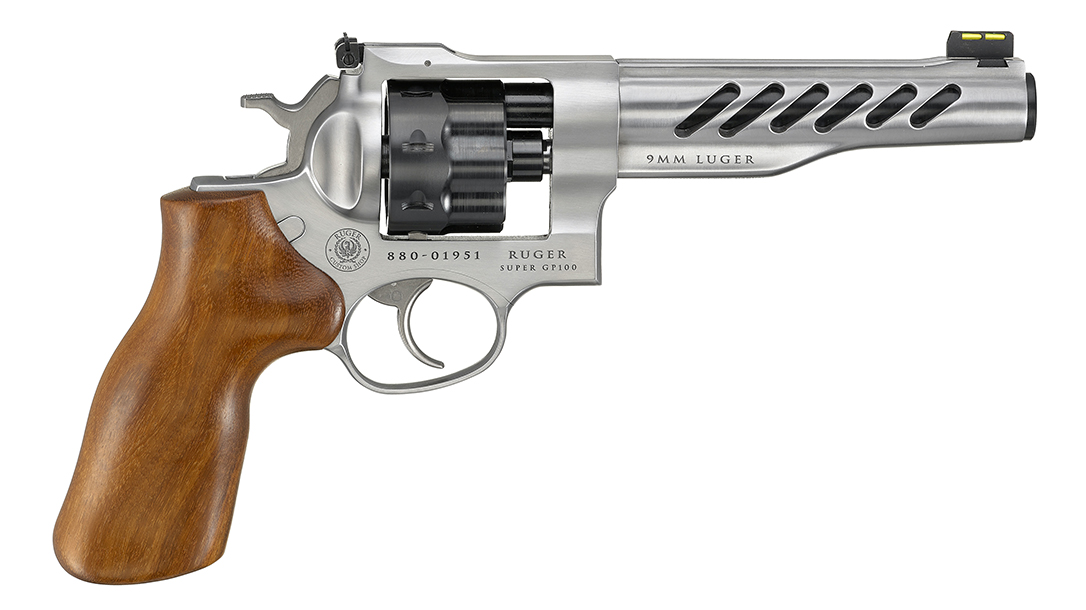 Why 7-Shot Revolvers are a Tough Sell for Competition

In the action shooting sports, the Big Three of IDPA, USPSA, and Steel Challenge all have revolver divisions. Furthermore, there’s ICORE, the International Confederation of Revolver Enthusiasts, which is all revolvers. There’s also NRA Action Pistol, whose big match each year is the Bianchi Cup.

Unfortunately however, only two of these sports really make sense if your revolver holds 7 shots. In IDPA, the rules effectively prohibit wheelguns that hold more than 6 rounds. USPSA allows revolvers to hold up to 8 rounds, and the nature of USPSA stages means that if you’re not using an 8-shot gun you’re getting junked. The same is largely true in ICORE’s limited division as well. In a world dominated by 8 shot revolvers like the Smith & Wesson 929, where does a 7-shooter fit?

Steel Challenge and NRA Action Pistol are the best fits for this gun. In NRA Action Pistol, each string of fire is limited to 6 shots. A seventh round on board is a nice bit of insurance if you get a light primer strike, for instance. However, the best fit for the 686 Plus Pro Series is in my current favorite shooting sport, Steel Challenge. In Steel Challenge, each string of fire is 5 rounds, but if you miss you need to make up the hit. The reason I like the S&W 686 Plus is because it’s lighter and points more naturally than the larger 8 shot revolvers. But it still has extra capacity, and gives me the opportunity for two make-up shots if I need them.

The difference is the 8 shot guns like the S&W 929 in 9mm are built on S&W’s large N-frame, which makes them heavy. With the same model of VZ grips, this 686 Plus Pro Series is a quarter of a pound lighter than my 8 shot S&W 627. That may not seem like a lot, but when you’re trying to transition between five targets on Smoke and Hope in under three seconds, it matters.

Testing the Performance Center 686 Plus

To test the Smith & Wesson Performance Center Pro Series 686 Plus, I decided for a three phrase evaluation. I’d zero the adjustable rear sight and then test it with a few different types of ammo as phase one. Phase 2 I’d shoot it in a Steel Challenge match. Phase three I’d shoot it in a simulated Bianchi Cup stage, since there aren’t any NRA Action Pistol matches near me.

First up, the 686 Plus Pro Series ate through a bunch of 130 grain FMJ from Federal Premium for zero phase. Gun zeroed, I also fired some Remington .357 Magnum rounds to see how it handles recoil. The 5 inch barrel adds enough weight that shooting full house magnums isn’t a chore. But, it’s also not fun for an extended period of time.

I did also have some fun whacking a plate rack with the 686, which if you don’t like shooting plates…I can’t help you.

The Performance Center Pro Series 686 Plus at Steel Challenge

Off I went to a local Steel Challenge match. My local club puts on a monthly match with 6 of the 8 official Steel Challenges, so it’s perfect for this. Mechanically, the gun was fine. I’d already tuned up the trigger to a nice 6 pound double action break. I used the Apex Tactical Evolution kit for that. However, I did notice some deficiencies in the 686 Plus that hurt it as a Steel Challenge gun. The black partridge front sight and black rear sight are excellent for precision shooting. Unfortunately, they present a less than optimal sight picture for the sort of speed shooting Steel Challenge requires. Other than that, it did everything I wanted, and with a change to a Dawson Precision fiber optic front sight, is now good to go as a Steel Challenge gun.

The final evaluation was to re-zero with Federal Gold Medal Match 148 grain full wadcutters. This is the go-to ammo for accurate shooting, and it didn’t let me down. First was a seven shot group at 10 yards at a B8 target. Then I did a simulated short Bianchi Cup (NRA Action Pistol) stage. 6 shots each at 10, 15, 20, and 25 yards. You can see the results of both tests in the image below.

Here’s a quick rundown of the upgrades I put on the 686 Plus Pro Series revolver:

Like I said, the 7 shooters don’t really fit into most competition shooting. So I understand if that makes people shy away from them, because it doesn’t necessarily make sense to have an extremely specialist gun that’s only good for Steel Challenge revolver division. That being said…it’s really good for that, so if you’re wanting to try it out, this might be a solid choice for you.

It is worth noting that S&W makes a different Performance Center version of the 686 Plus in addition to this one. That version has an extended cylinder latch and a much better front sight for speed shooting.