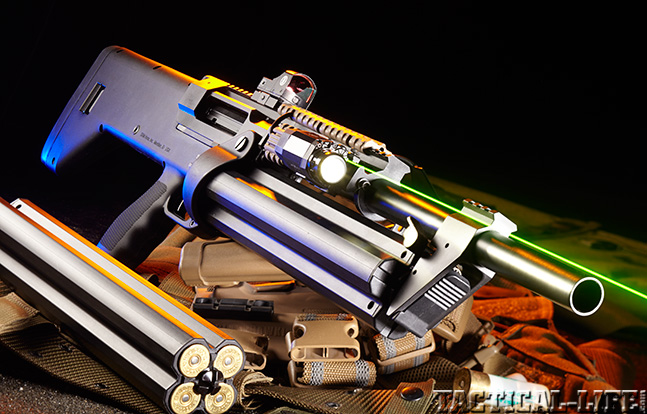 Ammunition capacity is typical one shortcoming of shotguns. In the upcoming September 2014 issue of TACTICAL WEAPONS, author D.K. Pridgen runs the SRM 1216 Gen 2, a unique high-capacity shotgun, through its paces.

Pridgen writes, “The SRM 1216 and its shorter brothers, the 1212 and 1208, correct the problems of most other smoothbores handily. As its name implies, the 1216 can hold 16 rounds of either 2¾- or 3-inch 12-gauge shotshells, which should make the capacities for the other two versions obvious. Yes, 16 rounds. For reference, the overall length of the 1216 is 32.5 to 34 inches depending on the buttplate choice. The overall length for most M4s with their stocks collapsed is about the same, putting the 1216 in the same desirable size range. Finally, the speed of reloading an SRM 1216 is infinitely faster than a traditional shotgun—you can add 16 rounds at a time!

“The rotary magazine is the secret to many of the 1216’s abilities. Made of reinforced Zytel polymer, the rotary magazine is approximately 13 inches long and consists of four tubes that hold four rounds each, eliminating the long tubular magazines (and equally long barrels) used in traditional shotguns. Four deep grooves between the magazine tubes provide traction for gripping and manipulation. Each chamber has a spring-loaded polymer follower that moves smoothly.

“The SRM 1216 features an 18-inch, hammer-forged, chrome-moly-vanadium steel barrel. About 4.5 inches back from the muzzle is SRM’s magazine hanger, which secures one end of the magazine and incorporates the magazine release and index levers. This component also features a sling mount on the left side as well as a 2-inch strip of Picatinny rail on top for adding a front sight. Move back another 4.5 inches and you’ll find a very slim hand- guard with a tri-rail design that leaves only the bottom of the barrel bare. The two side rails are 6 inches long, while the handguard’s top rail mates with the receiver’s for 12 inches of optics-mounting real estate.” 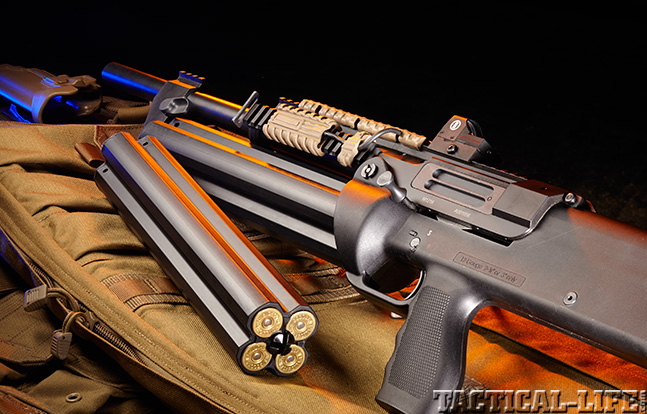 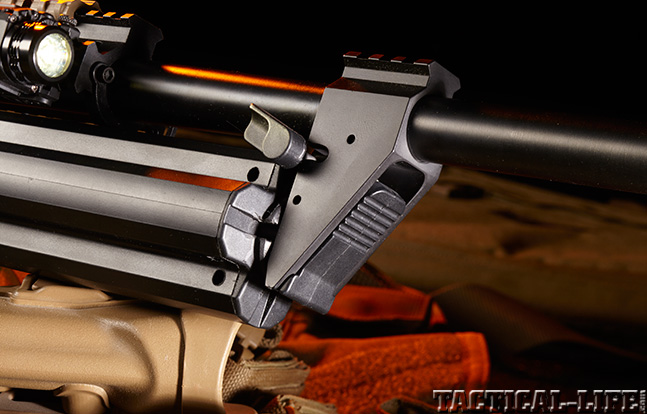 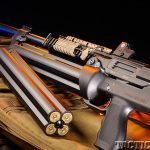 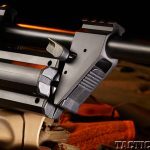 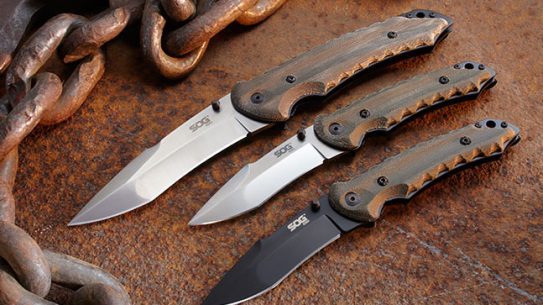 Affordable, custom-grade SOG Kiku knives are born for hard use and abuse!