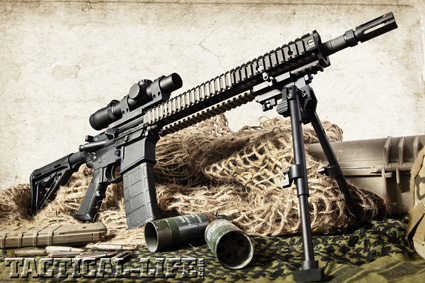 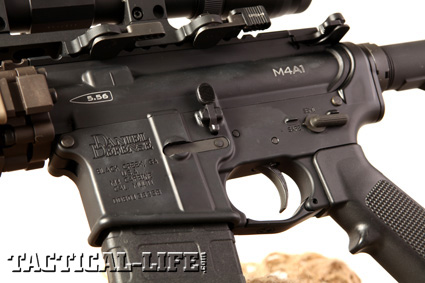 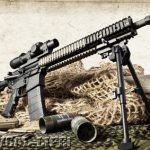 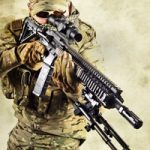 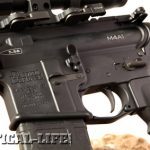 To give civilian shooters a chance to own and shoot an M4 Carbine as close as possible to those used by USSOCOM, Daniel Defense is now offering its 5.56mm M4A1 Carbine, which features the same free-floating Rail Interface System (RIS) II quad-rail handguard that it supplies to SOCOM for the SOPMOD (Special Operations Peculiar Modifications) program. The M4A1 also comes with a 14.5-inch barrel and a pinned Daniel Defense flash suppressor, which brings the barrel length to a non-NFA 16 inches.
In the upcoming November 2013 issue of Tactical Weapons, author Leroy Thompson gets behind a new M4A1 and runs it through its paces. According to Thompson, “The lower receiver is mil-spec with a flared magazine well. The upper receiver is also mil-spec, with indexing marks and M4 feed ramps. A Daniel Defense Low Profile Gas Block is used. The carbine’s buttstock is a Magpul MOE with a mil-spec receiver extension. One Magpul PMAG was supplied with the carbine. Three Daniel Defense rail ladders were also included.”
So how did it fare at the range? Is it close enough to military M4s? To learn more, check out the November 2013 issue of Tactical Weapons, available on newsstands and digitally September 24, 2013. To subscribe, go to https://www.tactical-life.com/subscribe/tactical-weapons/. 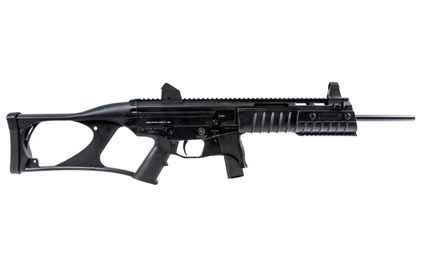