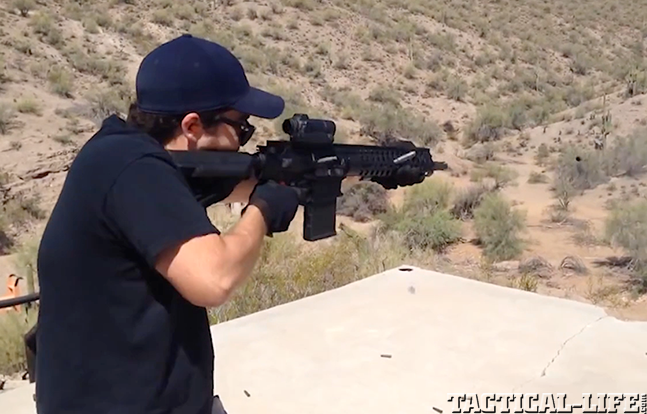 It was a solicitation by the San Bernardino County, Calif., Sheriff’s Department (SBCSD) for a short-barreled, select-fire, 7.62mm NATO carbine that led to my meeting with Frank DeSomma, the president and founder of Patriot Ordnance Factory (POF) at his Phoenix, Ariz., factory.

The SBCSD had requested a test sample of the P308FA, a 14.5-inch-barreled, select-fire, 7.62mm AR for its Special Enforcement Detail (SWAT), and in 17 months of testing, during which over 35,000 rounds were fired, meticulous notes were recorded.

When the SBCSD came looking for a 7.62mm AR the same length as its issued 5.56mm M4s, POF-USA had its P308FA ready. Other brands were tested and eventually discarded, and after accepting the P308FA, the SBCSD armory attempted to “determine the life cycles of the various components of the rifle and ultimately the service life of the rifle itself.” Used in training and demonstrations, the rifle received little maintenance other than occasionally lubricating the bolt carrier.

Run in both semi- and full-auto with brass- and steel-cased ammo, the gun ran flawlessly for 23,500 rounds when a two-round burst produced a double-feed malfunction. It was determined that the buffer spring had become compressed by over 1.5 inches and was replaced. The gun returned to normal function until around 28,600 rounds, when some chrome plating on the gas piston flaked off and caused enough drag for intermittent malfunctions. POF used this as a learning experience and stopped chroming its pistons. Now POF nitrate heat-treats the pistons to eliminate any chance of delamination. In the case of the SBCSD rifle, a new piston got this gun back to running 100 percent. The bolt’s ejector spring was responsible for some failures to eject at about 29,080 rounds, and replacing this part corrected the problem.

At around 34,280 rounds, empty cases were being extracted but sliding off the extractor before they could be ejected during full-auto. The extractor wasn’t broken, but its edges were burnished from use. Replacing the extractor cured this problem, and the testing continued to 35,480 rounds, at which point the after-action report was written.

The P308FA uses POF’s Modular Railed Receiver (MRR), an aluminum, free-floating handguard that dovetails the upper receiver’s backbone and attaches with screws into steel anchors. The top of the handguard is railed, and rail segments can be attached where needed along the sides. One of the neat things about the rifle’s design is that it uses an aluminum heat sink as a barrel nut. Combined with the piston operating system, this keeps the bolt carrier and barrel chamber cooler than any direct-impingement gun could ever be.

POF rifles are legendary for their accuracy, and the SBCSD evaluation surprised very few in this regard. Even after 35,000 rounds, the P308FA was still producing groups within 1.5 MOA at 500 yards. You can read the full SBCSD report on POF-USA’s website, www.pof-usa.com, and keep your eyes peeled for a full review of this weapon system in a future issue of SPECIAL WEAPONS FOR MILITARY & POLICE magazine. To subscribe, https://www.tactical-life.com/subscribe/

EDITOR’S NOTE: The sample rifle in the video discussed by the owner and Mr. Detty was a 12.5-inch-barreled variant. 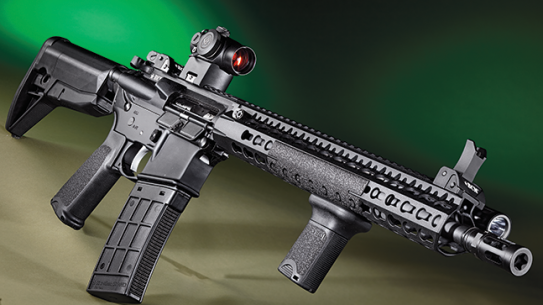