Last week, I traveled up to Remington’s research and development facility in Elizabethtown, Kentucky, to tour the facility and try out the new Versa Max tactical shotgun. I had heard reports about the Versa Max, but I had not handled one until a few days ago. When the daylong event was over, my assessment of their tactical version is that the gun has the potential to overtake the competitive tactical shotgun market. 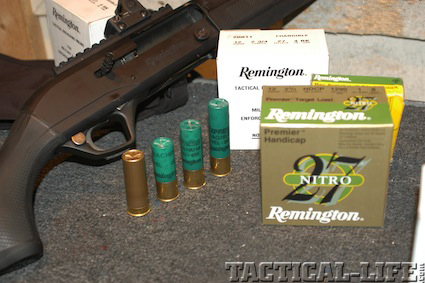 When they brought out the tactical version of the Versa Max and passed it around, and then showed us a disassembled Versa Max, they had the full attention of this hands-on guy. I was quick to ask Franz if any of their reverse engineering technology was employed in the development of the Versa Max.

“It’s pretty obvious,” Franz said with a grin. “From a technical standpoint, we look at what our competitors do and improve it. The innovation is the gas system, and it’s 100 percent American-made.” 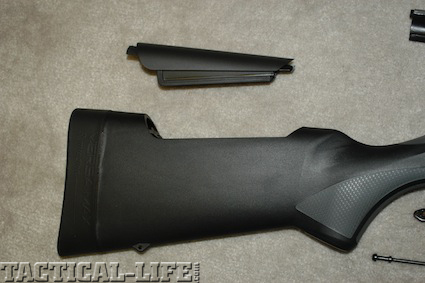 The disassembled shotgun in front of me bore a very clear resemblance to the Benelli M4—but on steroids. The biggest change that Remington brings to the table is a new, patented gas system that ensures the Versa Max Tactical will function with a wide array of loadings in the harshest of environments. 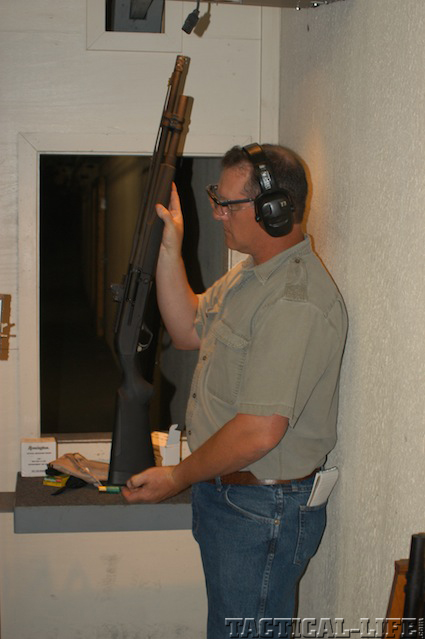 A few minutes later, we walked to their indoor range and fired everything from dove loads to breaching loads to 3-1/2-inch turkey loads. No problems there. After lunch, we headed to a local gun club to shoot a few cases of shells. Throwing all skeet and trap etiquette aside, I thumbed seven rounds into the extended magazine tube and put one in the pipe. It took me a few shots to get used to the 24-inch barrel, but then I ran a gun-full of rounds while standing at the No. 4 station and shooting the close birds coming from the high house. It was satisfying to watch the orange orbs turn to black dust until the gun went dry. 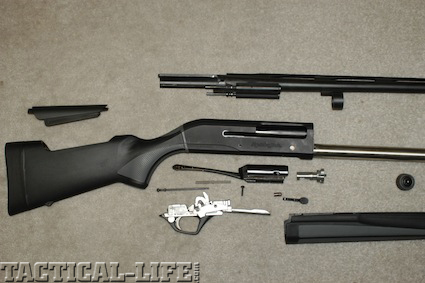 When somebody said “sporting clays,” everybody else grabbed the longer-barreled guns and started walking to the first station. I grabbed the Versa Max Tactical and thought it would be interesting to give it a whirl. My old friend Gordy Krahn, from North American Hunting Club, was in fine form, and only missed one target on the sporting clays range that I can recall. I, on the other hand, shot my normal 60 percent average with the Versa Max. It probably didn’t help my score that I even tried to shoot one of the stations from the hip. The real reason that I did this was to see if I could make the gun malfunction. Shooting inertia-driven guns without being supported by a shoulder is asking for problems, so I was curious if the gas-operated Versa Max would work in a similar situation. It did. 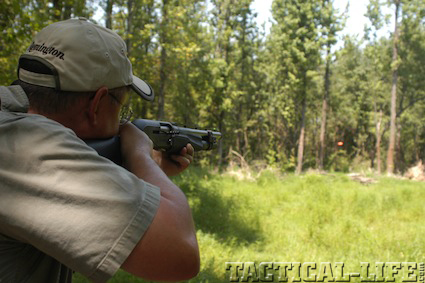 The Versa Max Tactical made it through the sporting clays without a hitch. The word from Remington is that they will start shipping their Versa Max Tactical in December. Stay tuned for more details in an upcoming issue of Guns & Weapons for Law Enforcement, where I’ll run this gun with a wide variety of tactical and sporting loads.