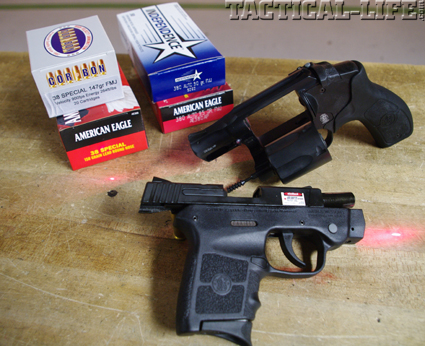 Smith & Wesson has built a hard-earned reputation for quality since its inception in the mid-19th century. As a side effect of its lengthy history, the brand is often associated in the minds of shooters with very traditional firearms like its beloved double-action revolvers. However, the company has also been developing cutting-edge designs such as the M&P series of rifles and pistols as well as its Scandium-based ultra-lightweight handguns.

Furthering this theme, the company has recently released what may be two of its most significant and modern offerings—the Bodyguards. I recently had an opportunity to visit the S&W headquarters in Springfield, Mass., for the unveiling of these two pocket powerhouses.

On paper, the uniformed may think that the two guns are not necessarily that earth-shattering; one being a five-shot .38 Spl. Revolver (the Bodyguard 38) and the other a subcompact .380 ACP (the Bodyguard 380). However, my recent close-up look at them as well as an opportunity to talk to the engineers that developed them revealed their true significance. 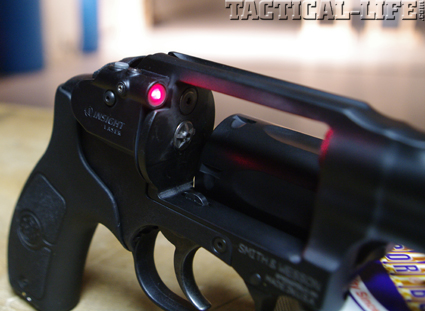 First and foremost, the two double-action-only guns employ modern materials and ultra-efficient manufacturing processes. The revolver extensively employs aluminum and polymer in its construction, and the semi-auto features an ultra-light polymer frame. In addition, and what helps set them apart from their competitors, is the fact that they both feature integrated (you read that right) laser units manufactured by Insight Technology. These characteristics, combined with their extremely competitive price points, should definitely help these two new pistols stand out on the consumer market. 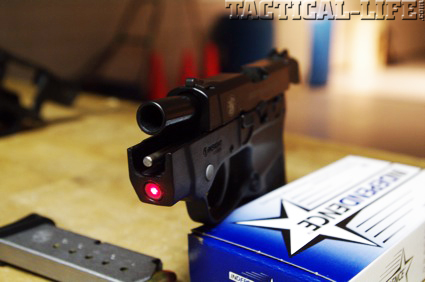 During the visit, we were given the opportunity to try the Bodyguards out on the range at the S&W Academy. I, along with writer Dave Bahde, put the guns through their paces in both basic range testing as well as through some low-light scenarios run by the Academy instructors with us using Insight HX-120 handheld tactical lights (which are built like tanks and feature programmable strobe modes, among many other options). During the testing, the guns performed extremely well. We had time to fiddle a good deal with the lasers themselves, discovering that they featured both standard “on” as well as a “pulse” mode for enhanced visibility and longer life. Take a look at the video to see Dave running the guns. After the range time, we were taken on a tour of the Smith & Wesson factory and were also given a chance to see Bodyguard 38 frames being hammer forged and quenched. It was quite impressive.

As an added bonus, the next day we were taken on a visit to the Insight facility in Londonderry, NH, to tour the manufacturing and testing portions of the plant. We also had a chance to go hands on with some of their fascinating IR weapon systems gear, as well as their consumer gear. It was quite a thrill getting to go hands on with some of the most cutting-edge warfighting gear that is in the hands of out troops today. 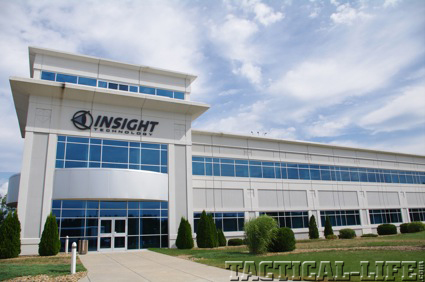 Keep an eye out in the pages of Combat Handguns, Guns & Weapons for Law Enforcement, Special Weapons for Military & Police and Tactical Weapons magazines for features and columns on all these exciting new offerings we recently had the chance to try out!