“War is hell.” General William Tecumseh Sherman’s quote about the reality of battle gives outsiders a taste of the horrors soldiers endure on the battlefield. Let there be no doubt, every warfighter is a survivalist and so is his weapon. Rifles that can perform well in hell should be at the top of your list, and I recently had the chance to test Springfield Armory’s M1A Scout Squad rifle, a civilianized version of the classic M14, to run it through its paces.

Springfield Armory created the M1A rifle in the early 1970s to cater to customers who wanted M14 performance. For the most part, sans being fully automatic, they got it. The Scout Squad version gives owners the M1A’s bulletproof durability and semi-automatic operation in a smaller, lighter and some might argue better tactical setup, and because it’s chambered in the stout 7.62mm NATO/.308 Winchester, it can do it farther and with more authority than 5.56mm weapons. In a survival situation, the power, accuracy and range of the 7.62mm NATO puts the M1A heads and shoulders above the competition as a survival rifle. Bigger is better, and the ability to end threats at 1,000 yards is miles better than letting them get 500 yards closer. Now, whether or not you have the marksmanship to engage targets to the end of the 7.62mm’s reach is another matter entirely.

While the hefty M1A Scout Squad rifle isn’t exactly Jeff Cooper’s vision for a scout rifle due to its robustness, it meets quite a few other objectives, which helps qualify it as an ideal survival weapon. First and foremost, it’s accurate. The M1A has its own match competitions, and while the shorter 18-inch barrel of the Scout Squad version means your bullets aren’t leaving the muzzle quite as fast as they would from other longer-barreled M1A versions, it’s still plenty accurate enough to hit what you aim at throughout the caliber’s effective range.

Check out the video to watch the rifle in action, and be sure to keep your eyes peeled for a full performance review in an upcoming issue of TACTICAL WEAPONS. To subscribe, visit Tactical-Life.com/subscribe. 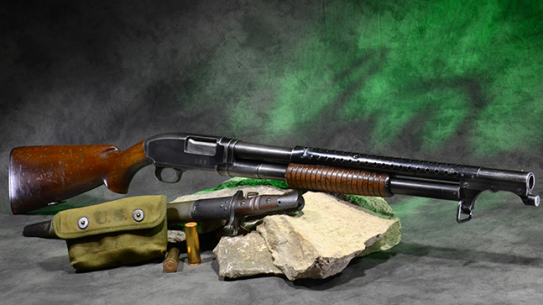