WASHINGTON, April 13, 2009 – The Navy’s ability to harness sonar technology has allowed submarines to navigate more safely in the dark depths of the ocean while also allowing other ships to locate and identify them, said a senior Navy submariner. “Sonar is our only window to the world,” Navy Capt. Jeffrey Currer, head of the Navy’s Undersea Surveillance Branch, said. He discussed the various uses of sonar during an April 8 “Armed with Science” webcast on Pentagon Web Radio.

The word “sonar” originated as an acronym for sound, navigation and ranging technology. Navy submarines most commonly use “passive sonar,” which Currer described as “listening devices” that detect sound released by objects in the ocean. Passive sonar is used to identify and classify these objects within the complex acoustic underwater environment, which consists of a mixture of sound waves produced by ships, electric cables, seismic activity and marine animals.

“Those classifications are a lot like fingerprints … in some cases, because everything makes a noise that’s all its own,” Currer said.

Active sonar technologies emit their own sound pulse, known as a “ping,” and detect reflections of the pulse off nearby objects. Operators measure the distance of an object based on how long it takes for sound pulses to return. Ships use active sonar to determine bottom depth for safe navigation, to locate the submarines of adversaries, and to identify ocean-bottom mines.

Currer said the Navy primarily uses passive sonar, because it doesn’t give away the position of the ship. Active sonar is used by vessels sparingly because it could give away their location to potential enemy submarines, he explained.

Sound movement through the ocean depends on the depth, pressure, salt content and temperature of the water, as well as impediments such as marine life and geological features. Navy operators spend several years in training to understand marine acoustics and learn how to use sonar technologies effectively.

“It takes about a year just to train a sonar man today to operate his gear,” Currer said. “It takes another year beyond that to make him what we would call proficient where he can operate it effectively. And it takes another four years above to what we’d call the master.”

Computer simulations and synthetic training play an important role in mastering sonar capabilities. However, Currer said, it is difficult to replicate the environment and the variability in the ocean.

“It’s still incredibly important that we practice in the environment, because it keeps throwing us curveballs that you may not predict,” Currer said. “Our ability to see the underwater environment is directly reflective of where we train.”

Currer, a graduate of the Naval Academy and a submariner for 25 years, described a unique bond that exists between sailors and the ocean.

“We spend a lot of time and money to make sure that our effect on the ocean is minimal,” he said. “We consider ourselves protectors of the world, and the world includes the environment.” 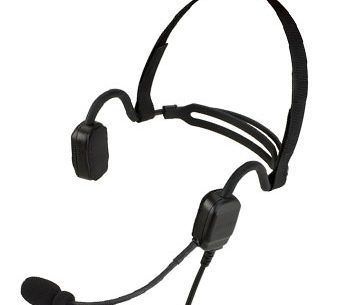