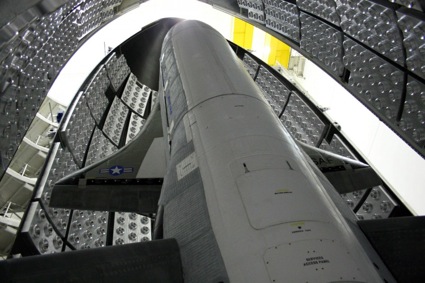 The Air Force has said the unmanned mission is intended to test out new spacecraft technologies. The launch of a second secret space mission in two years has given room for renewed space weaponry rumors though the Air force says the mission is only about testing out hardware for future space shuttles.

“Partly as a result of the secrecy, some concern has been raised — particularly by Russia and China — that the X-37B is a space weapon of some sort,” according to space.com.

The spacecraft, which was built by Boeing for the U.S. military, looks like a NASA space shuttle and has a “payload bay about the size of a pickup truck bed.”

The U.S. Air Force had launched the unmanned X-37B spacecraft in April last year. It was never fully explained if it was entirely a military project though Air Force officials did make a mention of the ‘warfighter needs’. “If these technologies on the vehicle prove to be as good as we estimate, it will make our access to space more responsive, perhaps cheaper, and push us in the vector toward being able to react to warfighter needs more quickly,” an Air Force statement said at that time.