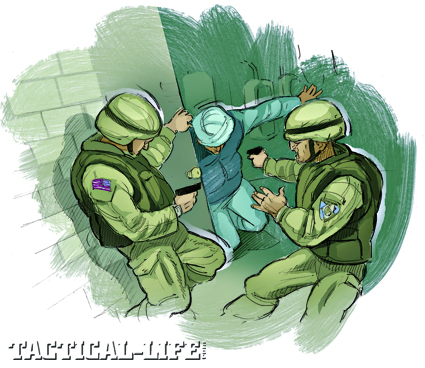 U.S. Army SF (Special Forces) and ICTF (Iraqi Counter Terrorist Forces) conducted an air assault into a rural area northeast of Baghdad in search of a high-value target they had been hunting for several weeks. The CH-53s and UH-60 landed immediately next to three target buildings as the assault forces piled off and ran into them. The second building searched contained the armed insurgent the team had been searching for. SF advisors shot and killed him, then moved to the third building in order to secure the objective.

The third building and final building contained all of the women and children. The SF/ICTF force moved them all into one room so that they could safely do a detailed search. As two SF advisors entered a 4’ by 4’ bathroom, they realized there was an insurgent hiding behind the door. The first advisor slammed his body into the door, pinning the insurgent there. As the second SF advisor moved to look behind the door, the insurgent managed to free one arm and lunged for his weapon. The second advisor fired in close proximity to the first advisor, successfully striking the insurgent without hitting the advisor holding the door. As one advisor fired at the insurgent, the other pulled back off the door and also engaged. Both advisor’s fire hit the insurgent, who then died at the scene. 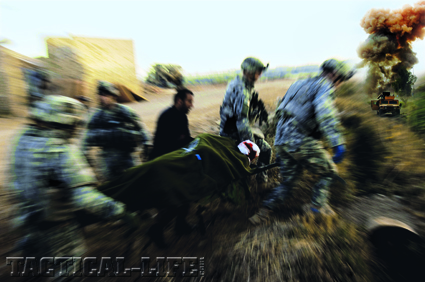