WASHINGTON – Army Special Operations aviation needs faster helicopters to meet the speed and range requirements needed to conduct operations in Iraq and Afghanistan, according to the 160th SOAR commander.

“I think the way ahead for us is we have go to break that 120-knot barrier,” he said. “For us, some of these targets that we are trying to range — strategic targets — basing is a big problem for us –trying to get close enough to that target. And we are looking to go farther, faster and carry more stuff.”

In Afghanistan and Iraq, speed and range are critical to conducting the special operations mission, Hutmacher said.

“If you look at the fight in Iraq and Afghanistan, it is a nonlinear battlefield,” he said. “I think speed, while maybe not realized by the operations at large — that speed and range are very important when you are dealing with non-state actors and fleeting targets. I think Army aviation would be well served by starting to look at that a little bit more.”

Hutmacher mentioned two aircraft, the Piasecki Speedhawk and Sikorsky X-2, as examples of the kind of capability he’s looking for.

While Hutmacher didn’t specifically say the two airframes were the ones the Army needed — he did say their kind of capability was what he thought the Army special operations community needed.

“Speed and range are essential for the SOF community,” he said.

The colonel also said special operations would need to partner with the larger Army aviation community to get those capabilities.

“What I am looking for is a capability,” he said. “We are very interested in partnering with the conventional force to try and find a common air frame — quite frankly we can’t do it without you.”

“We have a suite of radio-frequency countermeasures on the aircraft,” he said. “But what’s shooting us down — what’s killing us on the battlefield and what’s killing conventional aviation — are small arms and rocket-propelled grenades and we are aggressively pursuing a solution. We have a pretty aggressive plan to get after that threat.”

“During infil and exfil they had 42 … RPGs shot at the aircraft, multiple frag damage,” he said. “Our aircrews … they expended 18,000 rounds addressing that threat. It’s hard to find these guys when they are in the hedges and undercover — they are not stupid. So we are looking for that HFI system to get integrated onto our airframes.” 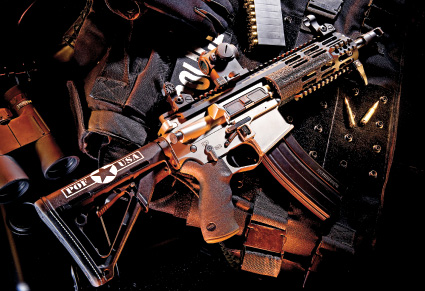