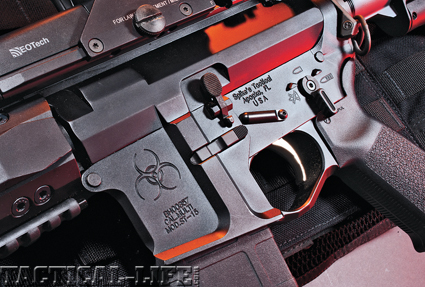 Only you know exactly what you want and how you want it, and in a world where the customer is king, Spike’s Tactical aims to please. The AR rifle platform has certainly come a long way from when I started shooting and using them more than 20 years ago, and the fully customized AR rifle that Tom Miller, CEO of Spike’s Tactical, based in Apopka, Florida, sent me for evaluation is a shining example of this.

Spike’s Tactical has released the new ST Vanguard AR, a semi-auto, direct gas impingement rifle in 5.56mm with a 16-inch, Lothar Walther fluted stainless steel barrel and mid-length full-quad rail handguard. Spike’s Tactical started with their Biohazard upper and lower receiver set, each machined from a solid aluminum 7075 billet with a Type III hardcoat anodized finish. The billet upper and lower receiver is certainly beefier than on a standard AR and gives the whole rifle a very solid and slightly more angular look than a Mil-Spec gun without looking or feeling oversized. 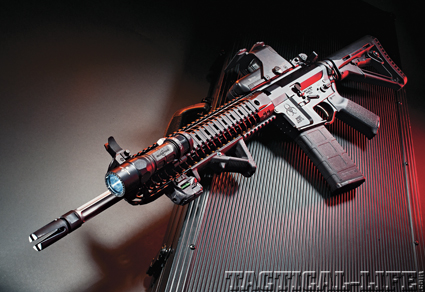 The lower receiver has a heavy-duty, oversized triggerguard with all the sharp edges beveled away. Unlike a Mil-Spec triggerguard, it does not fold down, as it is part of the lower receiver itself, but it is certainly large enough for use with gloved hands. The rifle is also fully ambidextrous, including safety, with well-designed pictograph bullet markings. The right side of the safety selector is also thoughtfully cut down so that it does not interfere with a right-handed shooter’s trigger finger. There is also a Norgon ambidextrous steel magazine release that is slightly extended and oversized. An uncommon but welcome feature is the ambidextrous bolt release, which can be easily activated with the trigger finger for a right-handed shooter. 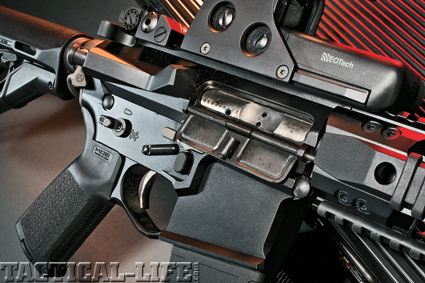 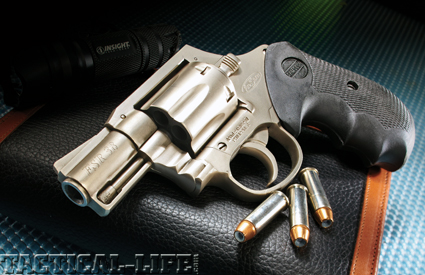