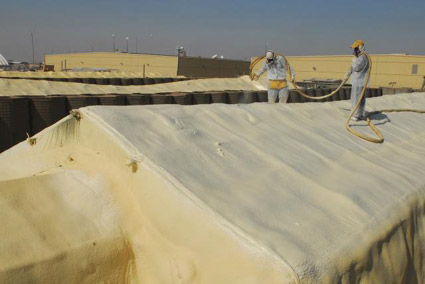 CONTINGENCY OPERATING BASE BASRA, Iraq — Many Soldiers know what it’s like to be in Iraq during the summer when it gets to be 130 degrees, and more, living in a tent or sleeping under the stars. That has been a thing of the past on most posts in Iraq.

Multi-National Corps-Iraq has contracted a group from Honeywell International to apply insulation spray foam, called Terra Strong, to buildings and tents in eight operating bases in Multi-National Division – South. The spray is designed to seal tents and buildings and provide an insulator between the raw surface and the sun.

The $12.5 million project will include approximately 900 tents during the time the group will be operating here.

“A contract officer will go out to an area and do a site survey and then the Terra Strong Application Team follows about two weeks later,” said Griffeth.

Tom Harris, program manager from Honeywell, explains the process can save up to 50 percent in energy consumption and fuel costs. It will have the added benefit of employing 50 local national workers from areas around Iraq.

“We have been working with these guys for a while now, so we’ve developed a good relationship with them, and made some good friends,” said Skip Kline, site manager with West Roofing Systems, who sub-contracts with Honeywell.

Harris said Honeywell has plans to open a location at Victory Base Complex in Baghdad to train the Iraqis on the equipment.

“We’ll be leaving the equipment behind,” he explained, “so it can be used to improve the local living conditions and the economy.” 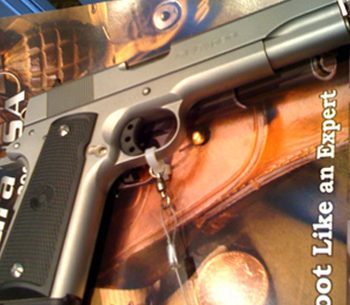 CONTINGENCY OPERATING BASE BASRA, Iraq -- Many Soldiers know what it's like to be…