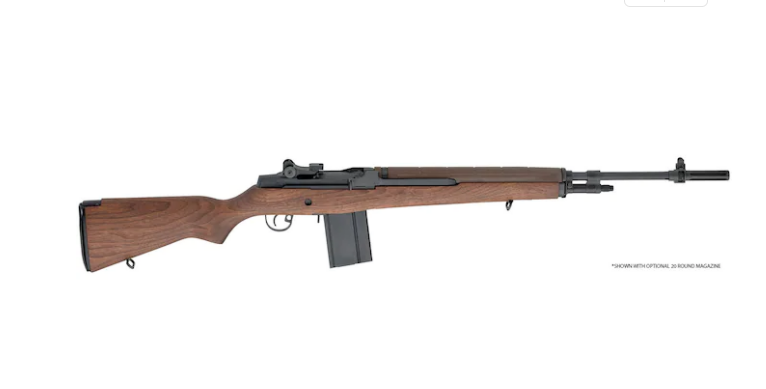 Brought out of retirement to serve on the battlefield once again, the M1A in 7.62x51mm is an effective weapon at longer ranges where the M16 loses much of its stopping power, while remaining equally proficient in close quarter battle.

Weapons systems evolve as improvements to the original design are developed over time. The M14, it can be argued, is an improved version of the M1 Garand, since warfighters during World War II tinkered with the latter in an attempt to make it more useful. A few of the modifications they made were incorporated into the T44, which was the prototype for the M14.

Some of these design modifications were select-fire capability and a detachable 20-round box magazine similar to that of the Browning Automatic Rifle. A shorter but almost ballistically equivalent round, the 7.62x51mm, was developed to replace the .30-06, while a short stroke piston replaced the M1’s piston-operating rod design. The rest of the gun was very similar to the M1 Garand, and after evaluation and testing that pitted the gun against the Fabrique Nationale FAL, in 1957 the U.S. military adopted it as the M14.

After the gun was fielded, it was realized that the M14 could be quite difficult to control in automatic fire due to the relatively light weight of the gun, so nearly all selector switches were replaced with a selector lock that did not permit full-auto fire.

Brought out of retirement to serve on the battlefield once again, the M1A in…