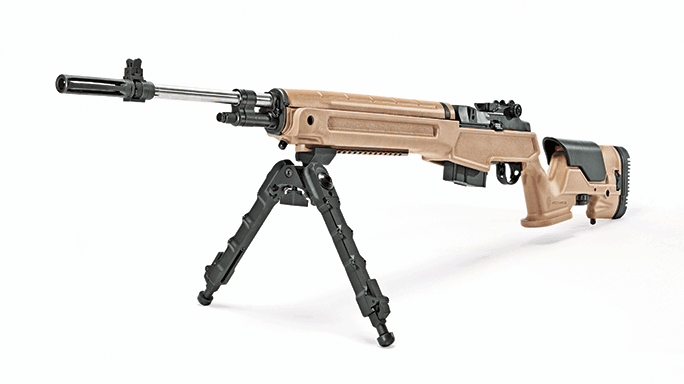 1 of 9
Photo by STRAIGHT 8
Locked & Loaded M1A: Springfield’s Custom-Grade Rifle
The aptly named Loaded M1A is packed with match-grade features, from a highly adjustable stock to a National Match barrel and crisp, two-stage trigger. Shown with an Accu-Tac bipod. 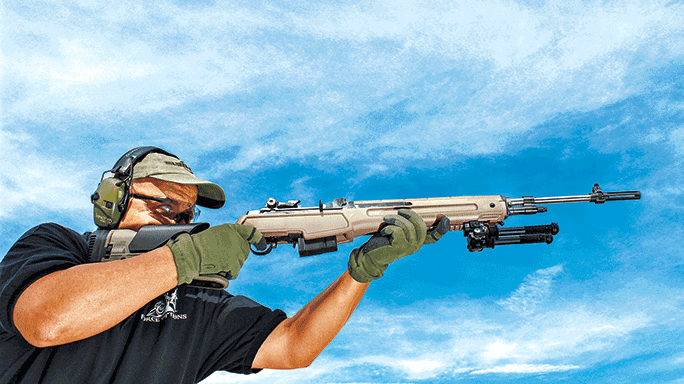 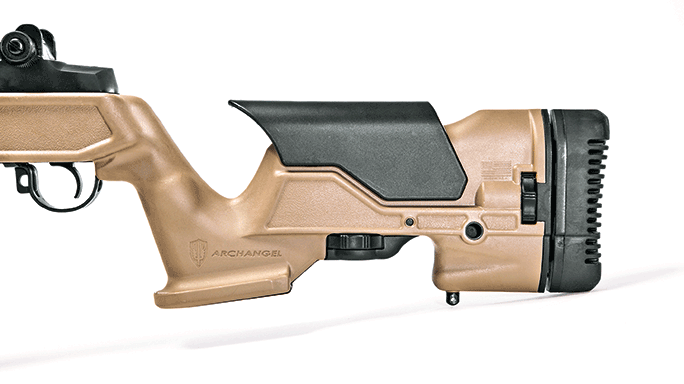 3 of 9
Photo by STRAIGHT 8
Locked & Loaded M1A: Springfield’s Custom-Grade Rifle
With a Precision Adjustable stock made by Archangel, the new Loaded M1A rifle can be tailored to fit a wide variety of shooters. 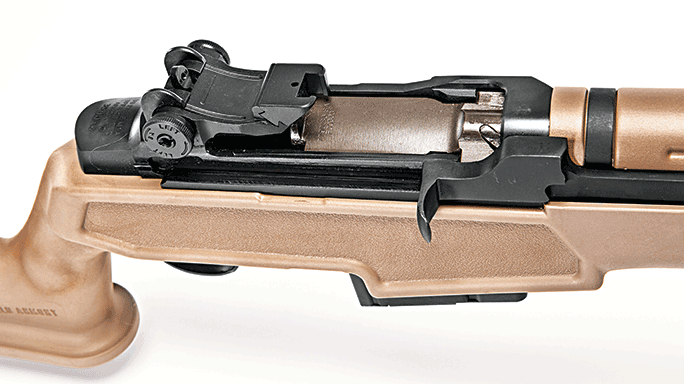 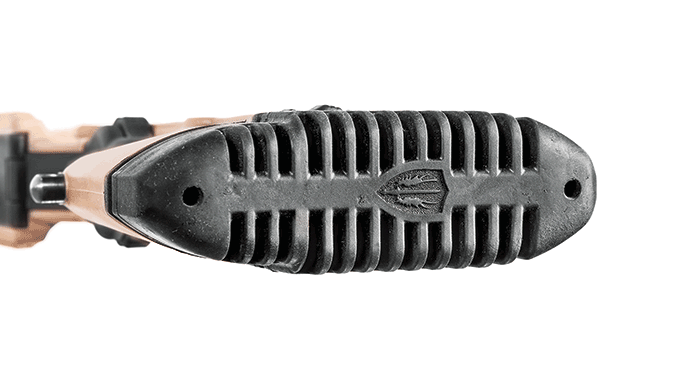 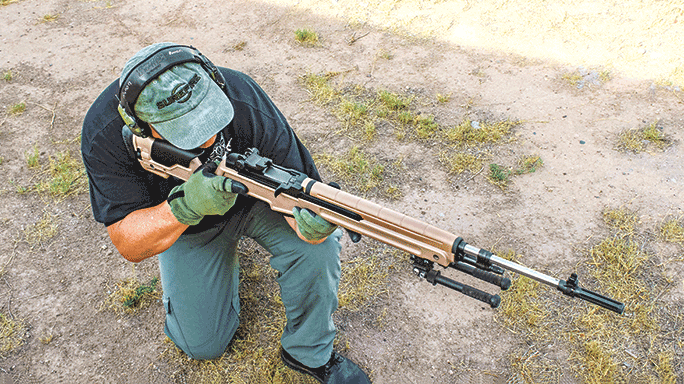 6 of 9
Photo by STRAIGHT 8
Locked & Loaded M1A: Springfield’s Custom-Grade Rifle
The Loaded M1A handled well during testing, and its match-grade sights offered plenty of precision for competition and tactical uses. 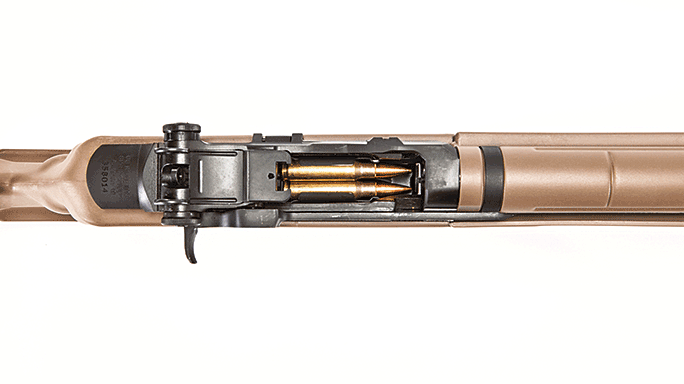 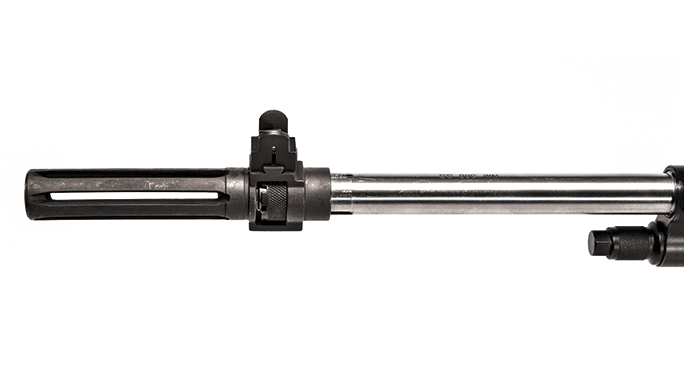 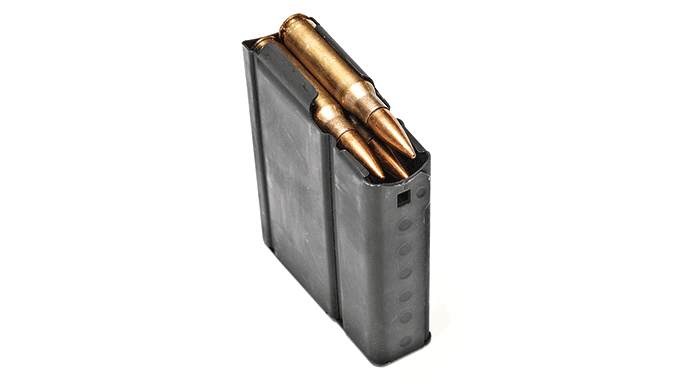 9 of 9
Photo by STRAIGHT 8
Locked & Loaded M1A: Springfield’s Custom-Grade Rifle
Like its battle-tested brethren, the Loaded M1A rifle uses all-metal, Parkerized, 10-round mags that are easy to load. 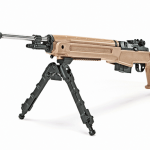 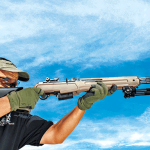 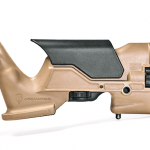 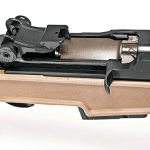 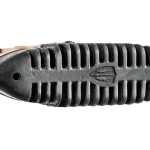 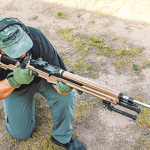 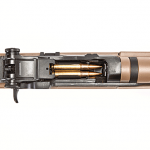 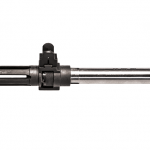 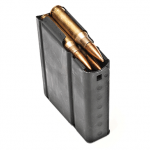 The images flash in front of us as old films show Marines and soldiers carrying their M14s into battle. The M14’s iconic look and legendary power ripple through our collective firearms conscience even today. In the late 1950s, the military was looking for an improvement on the M1 Garand that included a detachable magazine and full-auto capability. From that search, the M14 was born. The accuracy and reliability of the rifle soon found it being modified for specialized work.

In 1969, Rock Island Arsenal converted over 1,400 National Match M14s to be used as sniper rifles during the Vietnam War. The modifications included the addition of a Leatherwood 3-9X scope and providing match-grade ammunition to the shooters. This version was designated the M21, and it remained the U.S. Army’s primary sniper rifle until 1988.

Even after its retirement, the M21 kept finding its way back into battle. In small circles, it was reissued during the Gulf War and was seen being carried by several elite units throughout the military. Its .308 Winchester/7.62mm NATO round and semi-auto function made it a good tool for specific scenarios requiring multiple fast-paced engagements.

The challenge for most, however, is the select-fire nature of the M14. Unless you are willing to navigate the paperwork and spend a hefty amount of money, the M14 is unobtainable. For decades, Springfield Armory has had the distinction of allowing civilian shooters an opportunity to own their very own semi-automatic version of the M14. In 1974, the company began manufacturing what would be labeled the “M1A,” a civilian version of the M14 so close to the military’s that Springfield initially used surplus GI parts to build its guns.

Eventually, Springfield began to make all of the parts on its own and, in doing so, was able to improve the platform’s accuracy. In fact, until the very late 1990s, the rifle still had the cutout in the right rear of the stock for the selector switch.

Fast-forward to today and we find the M1A still a popular rifle in the shooting industry. Like many of its WWII cousins, it has seen its share of small improvements based on evolutions in manufacturing processes. Competitions around the country see enthusiastic shooters unpack their M1As and get ready to be serious competitors in matches.

Over the years, Springfield Armory has revisited the M1A several successful times. The masterminds at Springfield have once again turned to the M1A with a plan to improve an already exceptional gun. The company’s latest offering is the Springfield Loaded M1A, a mix of classic operation with modern enhancements.

The biggest improvement in this version of the M1A is the Precision Adjustable stock, which is available in matte black or Flat Dark Earth (FDE). The design of the original M1A made scoped shooting a challenge. While users could add scope mounts over the action, most had to use homemade cheekpieces and foam taped to the stock for a proper cheekweld. The Precision Adjustable stock, made by Archangel Manufacturing, solves this problem and brings much more to the table. The stock is adjustable for both cheek height and length of pull. All adjustments can be done without the use of tools and are small enough for some serious fine-tuning.

Another improvement in the stock is the inclusion of a Picatinny rail on the bottom of the handguard. This makes mounting a bipod or other kit a breeze. At the rear of the stock sits a specifically cut notch that serves as a support-hand rest, helping the shooter stabilize the rifle. For sights, the rifle features a National Match front blade that is 0.62 inches wide, and a match-grade rear sight that offers 0.5-MOA windage adjustments and 1-MOA elevation adjustments.

But what if you want to add a scope? As mentioned, the original M14 was not designed with optics in mind. However, the accuracy of the rifle soon began to call for the inclusion of glass, and attempts at mounts were made. Springfield’s modern answer is its 4th Generation Steel Scope Mount, an affordable add-on. This mount is rock solid and easy to install.

I recently got my hands on the new Springfield Loaded M1A with an FDE stock, which not only appeals to shooters because of its technical prowess, but also because of its looks. The gun’s almost futuristic lines mix with an old-school receiver and barrel, making it a rifle that looks as good as it shoots. As for the barrel, this model comes with a 22-inch, medium-weight, air-gauged, stainless steel National Match barrel with six-groove, 1-in-11-inch-twist rifling. While the barrel has a bright finish, the action, sights, controls—including the two-stage trigger, adjusted to 4.5 to 5 pounds—cheekpiece and buttpad are matte black to contrast nicely with the synthetic FDE stock.

The range test of the Springfield Loaded M1A was broken into two individual sections. First would be a bench test for accuracy, followed by off-hand shooting to evaluate the rifle in a more dynamic setting. To measure its accuracy, we shot the rifle from a bench with an Atlas bipod and a rear sand sock, obtaining five-round groups at 100 yards. As a tip of the hat to those who had no optics on the original M14 when they carried it, we used iron sights. For this session, our ammunition included Federal’s 168-grain Gold Medal Match boat-tail hollow points (BTHPs), Black Hills’ 168-grain Match BTHPs and Patriot Munitions’ 168-grain AccuFlight rounds, all rated for 2,650 fps.

The Loaded M1A’s trigger was consistent with a clean break right at 4.5 pounds. The recoil was minimal simply because the Loaded M1A is, for lack of a better term, a big gun. Weighing in at over 12 pounds fully kitted out, it is capable of soaking up some recoil. After zeroing the scope in, the serious shooting began. We quickly gained a great deal of respect for the men that carried the relative of this gun in battle. The iron sights were well made, clean and accurate. Even with our limited time on these sights, the results were very good. All of the groups were under 1.5 MOA, and I believe that, given more time, the groups would have been smaller.

Next up was a more dynamic and perhaps less scientific test of the gun. My father carried an M14, and I wanted to see what it was like to move and shoot with its semi-auto brother. I have always respected the men that carried old school “log and iron” rifles, but it was enlightening to run modern drills with this gun. Ignoring the weight and length of the rifle, it performed extremely well. From barricade drills to urban prone, the Loaded M1A stayed with me every step of the way. It is easy to see why the M14 was admired by so many of the people who carried it.

With its FDE Precision Adjustable stock, the Loaded M1A combines the old with the new in a seamless fashion. Springfield Armory has put together a rifle that has exceptional extra features without the custom shop price tag. It is an accurate and reliable rifle that will serve any shooter for years to come. From recreational shooting to competition, the Loaded M1A is a solid addition to the Springfield line. 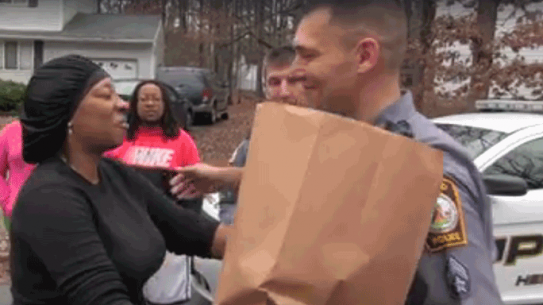 A local family struggling financially got a big surprise for Christmas when the Henrico...