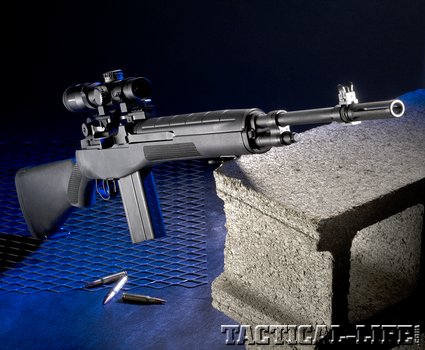 Springfield’s 7.62mm M1A, the semi-auto version of the M14 battlefield classic, should serve officers well on the streets. Shown with a Leupold 1.25-4×20 VX-R Patrol Scope

While I remain a “shotgun guy” for the majority of law enforcement confrontations due to its extreme on-target power, I readily admit the weapon has a limited range. In the era of the active shooter, having a gun with greater reach is essential. Currently, the AR-15 and its many clones are filling this need—the gun is accurate, reliable, proven in conflict, easy to shoot and easy to train with. The one downside to the 5.56mm AR, at least to some, is its lack “oomph” in terms of on-target power. But a .30-caliber rifle offers considerable power and long-distance accuracy and, with proper ammo selection, it can either penetrate deeply or expand at a shallow depth.

I have many knowledgeable colleagues who feel the M14 is the perfect military rifle and is an excellent candidate for an LE patrol rifle. The semi-auto version is known as the M1A, and it is very popular with civilian shooters. Springfield Armory began their civilian production of the M1A in 1974, and the term “M1A” is a proprietary title for their M14-pattern rifle. Before then, M1A rifles were built with surplus GI parts. 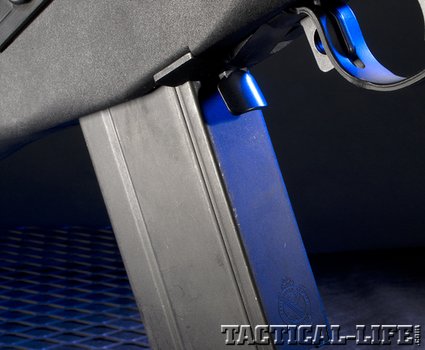 Springfield equips the M1A with a paddle-style magazine release. This allows the operator to remove the magazine with just the support hand
In the military arena, the M14 rifle was designed in response to the .30-caliber Soviet AK-47. First issued to American troops in Korea and Vietnam, the M14 replaced the standard-issue M1 Garand, which General George Patton felt was the best battle implement ever created. Like the M1, the M14 fired a 7.62mm round, more powerful than the AK’s and surpassing it in range. In a nutshell, the M14 was at heart an M1 Garand that utilized a high-capacity magazine for fast, easy magazine changes. Unfortunately, the M14 was viewed as too heavy and cumbersome for jungle warfare, the norm in Vietnam. 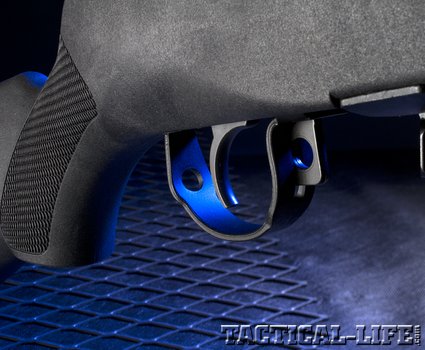 The manual safety, found on the forward edge of the triggerguard, is easy to reach with the trigger finger and locks solidly in place 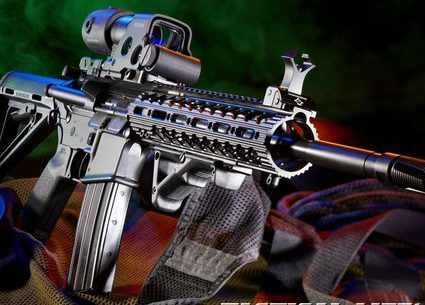