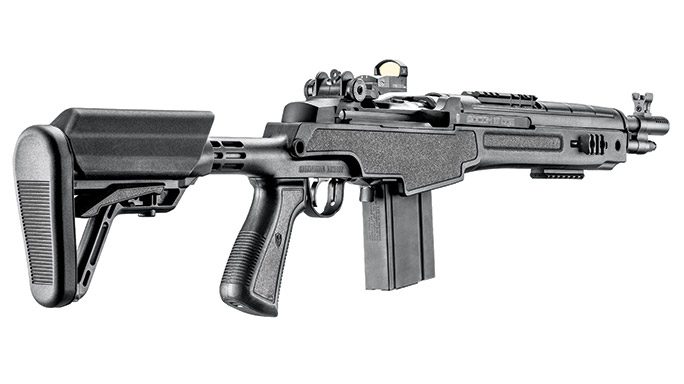 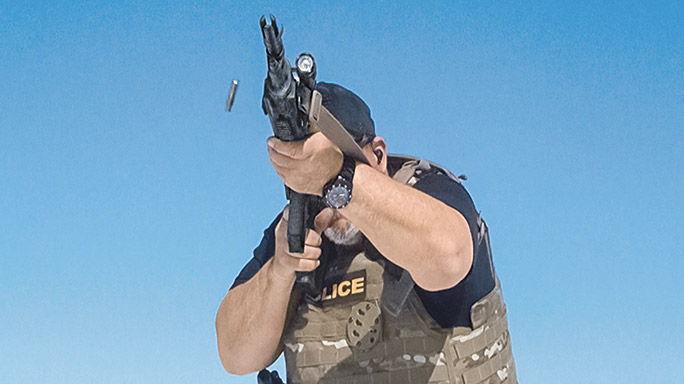 2 of 7
M1A SOCOM 16 CQB: Springfield’s Close-Quarters Brawler
The M1A SOCOM 16 CQB sports a forward rail for mounting sights and optics in a scout-type position, and the forend features M-LOK slots on the sides and bottom for mounting accessories or Picatinny rails (one 7-slot and two 3-slot rail sections are included). 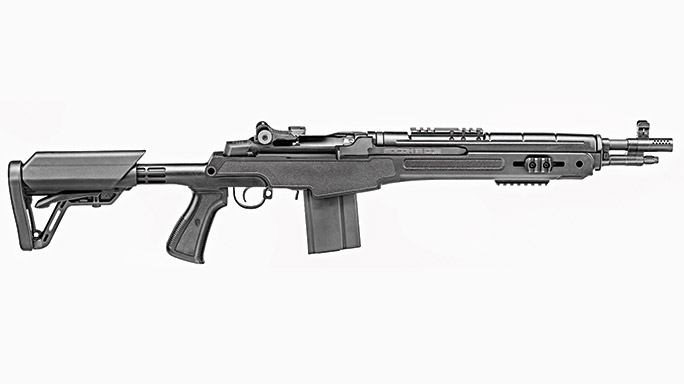 3 of 7
M1A SOCOM 16 CQB: Springfield’s Close-Quarters Brawler
For easier operation in close quarters, the M1A SOCOM 16 CQB comes with a more vertical pistol grip as well as a collapsible buttstock—adjustable for both length of pull and cheek height—that is installed on an AR-style commercial-sized receiver extension. 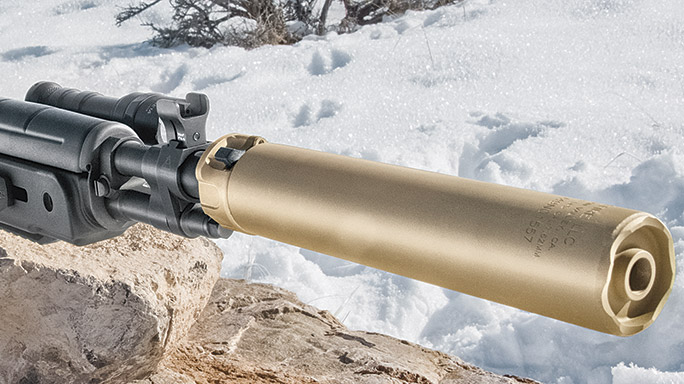 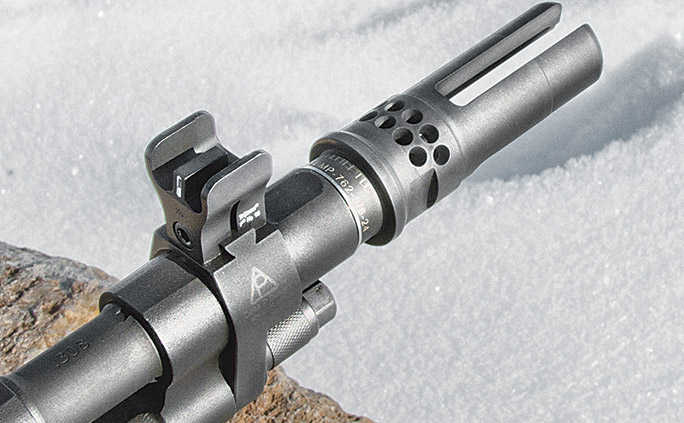 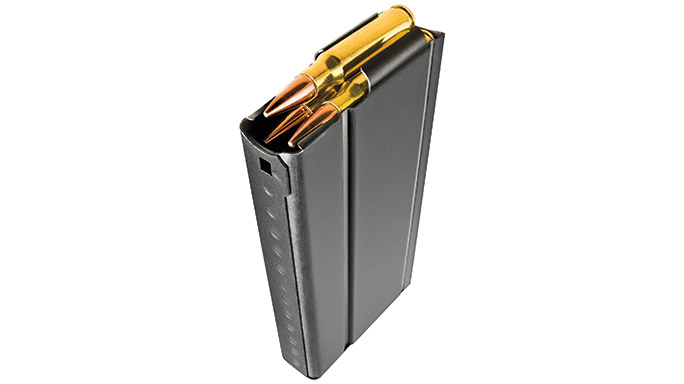 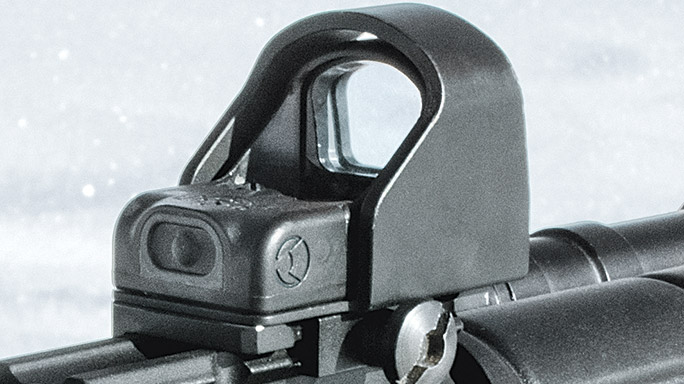 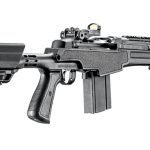 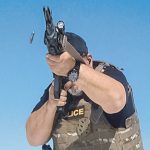 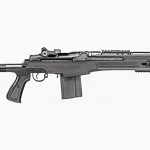 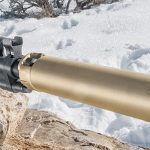 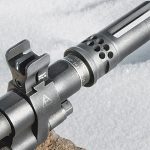 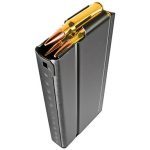 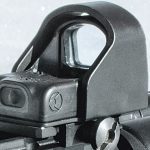 From the very beginning of my police career, I considered the 5.56mm NATO to be less than optimal. Sure, it gets the job done, and 20 years of improvement have only made it better. But for a number of applications, it’s still a bit wanting. This prompted my search for a duty-ready .308 Winchester/7.62mm NATO rifle two decades ago.

Of course, this isn’t a new search—others have done the same thing, including examining other calibers. Several rounds have emerged, but none yet provide the availability of bullet choices and loads coupled with long-range viability. The 7.62x51mm remains a common NATO round and is still a prolific hunting round in America. Most police agencies still use 7.62mm/.308 precision rifles, so obtaining more rifles in this chambering would only ease logistics. But reliable semi-autos could be hard to find in the past.

Every rifle design has its fans and detractors, but the M1A was reliable when its competition couldn’t get through a 20-round magazine when used in pristine conditions. Add mud, snow, muck or other adverse conditions and the difference was more striking. Testing just about every reasonably configured rifle at the time, the only one that worked consistently for me with decent accuracy was the M1A.

For a time, M1A rifles were costly and not always easy to equip. As a police marksman, the advantages of a semi-auto were clear to me two decades ago. A few precision versions of M1As were fielded, but the platform’s real sweet spot was as a patrol rifle. It could even work well in close quarters with Hornady’s excellent 110-, 125- or even 155-grain TAP ammo. Then Springfield unveiled the SOCOM 16 variant, which offered greater portability without losing any firepower. There were only two drawbacks: the stock and the muzzle blast.

Aftermarket precision stocks were available, but well-built stocks designed for close quarters were costly and downright heavy. Previous stocks cost as much as the rifle and added a couple pounds to what was a light and handy machine. Other muzzle attachments were available for the Scout and standard models, but you were limited to the brake on the SOCOM 16. Finally, it looks like Springfield Armory has a solution with the new M1A SOCOM 16 CQB, which I recently got my hands on for testing.

The M1A SOCOM 16 CQB starts with a 16.25-inch, carbon-steel barrel with six-groove, 1-in-11-inch-twist rifling and a Parkerized finish. The barrel also comes from the Springfield factory with a muzzle brake that controls muzzle rise effectively by sending most of the gas and blast upwards. There is no porting on the bottom to create a dust signature when firing from prone. Attached to the gas block and muzzle device is an XS tritium front sight that works in conjunction with a rear ghost ring aperture. The rear sight is adjustable for windage and elevation. The rifle is also available with Springfield’s clip guide red-dot mount and a Vortex Venom red-dot sight, which enables fast target acquisitions indoors or out.

The barrel, gas system and Garand-style action are mounted in a solid synthetic stock designed for use in close quarters. Starting from the front of the chassis and moving rearward, the forend features quick-detach (QD) sling attachment points on both sides. Next are M-LOK slots on the sides and bottom for accessories, and Springfield ships the rifle with one 7-slot and two 3-slot rail sections for these areas. On top of the handguard, the rifle comes with a forward rail for mounting a long-eye-relief scope or reflex sight in a scout-type position.

The chassis also has a generous magazine well for fast and positive magazine exchanges, and the rifle comes with a 10-round, Parkerized magazine. A more vertical pistol grip sits behind the triggerguard, and the trigger itself is a two-stage unit with a pull weight between 5 and 6 pounds. Two more QD sling slots are present on both sides above the pistol grip.

Finally, we come to the adjustable buttstock, which offers five length-of-pull positions and comes with a two-position-adjustable cheekpiece. The composite stock is mounted on a standard AR-style commercial buffer tube, so you can switch it out for any AR-compatible stock if needed.

Along with testing the rifle right out of the box, I also replaced the gas cylinder lock to accommodate flash suppressors. As muzzle brakes go, the factory device works well, but the flash is substantial, which can be problematic in close- quarters situations with team members. So, I added the Delta P Design SOCOM Muzzle Thread Adapter Kit, which allows you to use any flash suppressor, muzzle brake or even direct-thread suppressors. It replaces the standard cylinder lock with one that has 5/8×24 threads. It uses the factory front sight and installs easily without any special tools.

Sound suppressor use generally requires an adjustable gas system, so another addition was my Schuster M1A adjustable gas plug. Also easy to install, this allows you to tune the system to slow the bolt down and maintain that legendary M1A reliability.

You can certainly mount a long-eye-relief optic on the scout rail, but that wouldn’t be very optimal for my purposes. For simplicity’s sake, I attached an EOTech MRDS red-dot sight on the scout rail. One of my favorites, this sight has withstood thousands of rounds and years of use.

Out of the box, the M1A SOCOM 16 CQB proved accurate and reliable with the standard muzzle brake. In fact, the brake made the rifle very controllable. If you don’t plan on shooting in close proximity to others, this brake is just fine. But for duty use in close proximity to team members or other officers, it can be a hazard, so a flash suppressor is a good option. And, contrary to some who believe flash suppressors will not work on SOCOM rifles, that has never been the case for me. I’ve used just about every type of flash suppressor on the market with M1A SOCOM rifles, and I’ve never noticed a difference in operation. Any pronged or birdcage-style flash suppressor designed for use with the .308/7.62mm should work.

Most of the testing was completed using the SureFire Warcomp. It seemed a perfect match for the rifle, as it did a superb job mitigating flash and softening the recoil. Another option would be the Smith Enterprise Vortex if pure flash suppression is the goal.

This rifle’s accuracy was pretty impressive given the lack of a magnified scope. Every group measured less than 2 inches at 100 yards, and my best five-shot group was 1.5 inches using Nexus Ammunition’s 175-grain match load. Next, I moved to a more practical distance of 50 yards for a CQB rifle, where the M1A shined. Using my WieBad Pump Pillow as a rest, I was able to shoot 10 rounds into a nice cluster using the MRDS and the Nexus ammunition. Changing to Hornady’s 155-grain TAP load and iron sights, it was possible to shoot similar groups at the same range. While not the most accurate during testing, the 125- and 155-grain TAP rounds are my first choice for this type of system because they expand well with less over-penetration, yet remain effective to 300-plus yards. In fact, it was easy to ring steel at 300 yards with the SOCOM 16 CQB as well, making it usable at any practical urban range.

I tested the rifle with several suppressors, including the latest SureFire SOCOM300 SPS, which was quiet but sent a bit of gas back my way. I also used the EliteIron Battledog and SureFire’s SOCOM762-MINI. These two were a bit louder but provided for less backpressure, thus less gas in my face. Bottom line: The rifle ran flawlessly with or without a suppressor, and the SOCOM 16 CQB is one of the easiest M1As to suppress.

Working in close quarters, around my truck and in a shoothouse, the SOCOM 16 CQB was very intuitive, especially for those accustomed to an AR. It was plenty handy and would not slow me down a bit during a real entry. The CQB stock worked well using my body armor with a front plate. It was possible to shoot square to the target with the stock completely collapsed. Nothing came loose, and the stock is very ergonomic. Having sling swivels on both sides also made it possible to perform transition drills more easily.

Coupled with the M1A’s inherent and proven reliability, the new stock results in a practical .308/7.62mm rifle that’s ready for use in more urban environments without adding a ton of weight. After a solid day of shooting, what I noticed the most was the lack of weight compared to similarly barreled ARs these days.

As to cost, well, the days of SOCOM M1As being the more expensive kid on the block are long over. With an MSRP of $1,750, the SOCOM 16 CQB is comparable to many big-bore ARs and is a grand less than top-tier builds. Much like the storied 1911, the battle-proven M1A remains an excellent weapon, and this new CQB variant is another excellent choice. 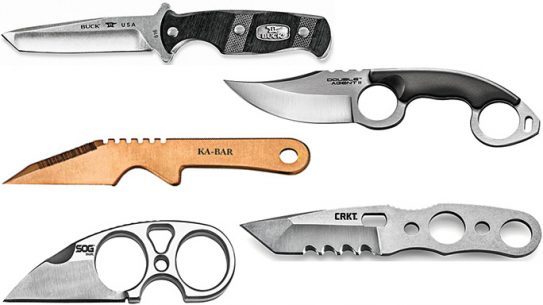 A roundup of handy last-ditch defense and everyday-carry utility knives.