by Tactical-Life.com
in Guns, Shotguns
0

SRM Arms today announced the launch of its new 16-round, 12-gauge semi-automatic shotgun, the SRM 1216. A prototype of the 1216 was first previewed at the 2008 SHOT Show, where it was named Best New Product by Outdoor Channel. SRM is a nationally-known manufacturer of high-performance shotgun components and accessories.

“The 1216 is the first of its kind in the tactical shotgun arena,” said Jeff Hajjar, President of SRM Arms. “It incorporates many design recommendations from the law enforcement and military communities,” said Hajjar, “and, from the response we have already received from both individuals and dealers interested in buying the shotgun, I am confident the civilian market will be strong for us as well.” 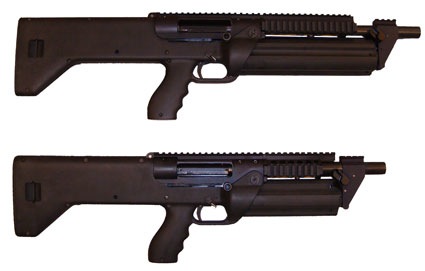 SRM Arms also announced today its partnership with GSA Direct, LLC, an Idaho-based supplier of products and services to government agencies and the private sector. GSA Direct will be the wholesale distributor for all SRM Arms products, and will also handle the sales, marketing, and customer service functions for SRM.

“We are excited to help build the SRM Arms brand and to be a part of delivering the most advanced tactical shotgun available in the world,” said David Lehman, a partner at GSA Direct. “The 1216 has generated so much interest that we have already started taking orders for the gun, and we have yet to do any marketing,” said Lehman. “Our biggest concern right now is being able to keep up with the demand for this highly sought-after shotgun.”

In addition to the 1216, SRM has developed two NFA versions of the shotgun, the 1212 and the 1208. The 1212 and the 1208 hold 12 rounds and 8 rounds, respectively. The 12 and 8-round versions are expected to be favorites for law enforcement and the military because of their high capacity and compact profile.