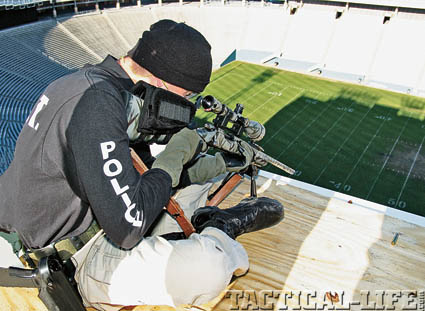 In 1966, Charles Whitman took a position about 300 feet above the city of Austin, Texas, with a 6mm bolt-action rifle topped with a telescopic sight and proceeded to target innocent civilians going about their daily routines. Responding officers and citizens successfully returned fire, some with similar weapons, but were unable to hit Whitman, who continued his accurate fire out to 500 yards. Either by prior knowledge or trial and error, Whitman was able to hit dozens of people, killing 10 from his high-angle perch while the defensive fire was found to have impacted high, mostly on the tower’s clock face.

Only when two brave individuals stormed the parapet and engaged Whitman in a short-range firefight was the situation resolved. What did Charles Whitman know about high-angle marksmanship that all the other suppressive-fire shooters failed to understand? What about that tragic and horrible event can serve as a lesson for law enforcement precision rifle shooters that could ensure success in similar situations? Those questions formed the basis for the Texas Tactical Police Officer Association (TTPOA) “Sniper Response in a Public Venue” course, which teaches professional snipers how to make highly accurate, high-angle long-distance shots.

Americans enjoy gathering by hundreds or thousands—sometimes tens of thousands—to watch our kids’ high school football games, athletes play sports, musicians perform or even monster trucks roar and jump. These are presented at arenas and stadiums that can be found in every county and city all over this country. Something terrorists call “soft targets.” The Police Sniper Response to a Public Venue course sponsored by the TTPOA provides the country’s best police precision rifle shooters, the cream of the S.W.A.T. sniper crop, the training and practice to plan and provide protection if someone in the crowd decides to go berserk, fulfill a violent plan or enact a terrorist plot. This course ensures that trained law enforcement and special-operation shooters can be deployed, without any fanfare and generally unseen, with the ability to observe and, if necessary, intervene with surgical precision to stop the threat. 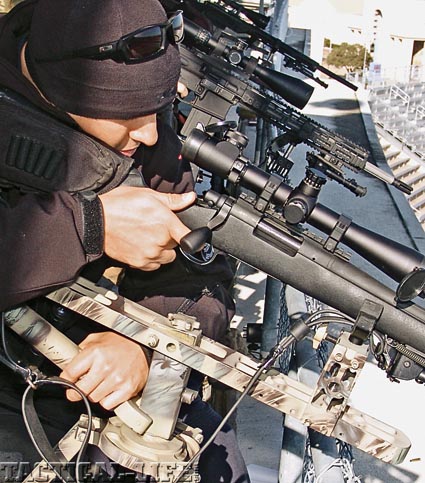 High-Angle Science
The four-day course began by ensuring both the weapons and shooters were capable of delivering precision shots at any range. The students also visited local venues to learn that, although each place is different with every event unique, certain problems remain constant: Where are good over-watch locations and final firing positions (FFPs), and how do you get there? Who is the manager and how do you contact them? Where is a good place to have a team meet and deploy?

However, before any rounds were fired within the stadium chosen for the course—the famous Cotton Bowl—plenty of classroom time was provided to teach about the theory and equipment needed to deliver accurate, high-angle fire. Shooting a bullet to hit a specific target at a distance over flat ground or even at shallow angles is a function of well-known ballistics that matches the flight path of the bullet with the range to the target to impact at a predetermined spot. However, shooting up (or down) at an angle effectively changes the amount of gravity that a bullet experiences during flight.

A bullet flight of 400 yards over flat ground sees 400 yards of gravity. However, at an angle of 45 degrees, the bullet may still travel 400 yards (the slope range) to the target, but only over 280 yards of ground (the horizontal range). This means gravity does not affect the bullet as much, so the bullet will not drop as much! For high-angle shots (angles greater than 45 degrees with a slope range greater than 150 yards), the direct path of the bullet is always longer than the distance across the ground, so the net result is that if uncorrected, the bullet will always impact high (greater than 1 MOA.) Essentially, this means that shooting low is the only way to achieve accurate hits. But how low do you go?

Rock-Solid Holds
Also discussed during the course were the different methods and equipment to keep the precision rifle on-target and stable. Snipers usually practice and expect to use their rifles from a prone position or shooting from an improvised rest like a backpack. However, public venue scenarios usually require high-angle shooting solutions from either standing or sitting positions. That makes rifle-mounted bipods not very practical and rather obvious when used. For the most part, LE command and control (and venue management) determines if the sniper’s designated FFP will be either overt (visible to the public) or covert (hidden from view.) Once that has been established, the needed support equipment is easier to figure out.

Looking more like a photography tripod, the Lone Star Field Products Spec-Rest was especially useful for standing or kneeling shots, common for public venue missions. The Spec-Rest can be deployed, preregistered and left setup with the rifle out of sight. When needed, the firearm is simply dropped in the yoke in the exact position needed and targets can be engaged. To an observer (or bad guy), the sniper team looks like any fan or journalist with binoculars or a spotting scope next to a camera-less tripod. 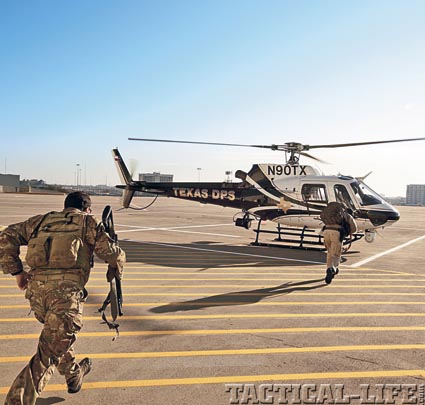 Stadium Live Fire
The shooters then exercised the high-angle shooting fundamentals, learned techniques and specialized equipment during live-fire exercises and drills within the Cotton Bowl. To start with, the students were required to demonstrate their ability to accurately engage threats (MGM bullet traps set at various places within the stadium) using their own rifles and duty ammo at a known distance over level ground from an armored car.

The students then practiced sectorization as a pre-positioned team identified and engaged targets called out by a spotter. Once again, this showed the importance of substantial pre-work (like familiarization of the stadium’s seating plan) because learning just where “man with gun in Section 140” is while shots are being fired is an unacceptable delay. The students then acted the part of a sniper team responding to a simulated hostile event at various positions within the stadium.

The drills included deployment from an armored vehicle and from Texas DPS Aviation’s helicopter piloted by Sgt. Jim Rohrman. Students also practiced moving from the ground floor to different levels of the stadium to make immediate and accurate shots while receiving intel from communications during the run. It wasn’t easy, but it was purposefully realistic and exhaustive as any real callout the snipers could face. These drills also emphasized the need to ensure that the designated S.W.A.T. sniper is the most physically fit member of the team. 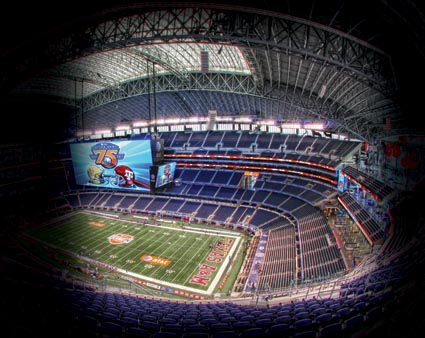 Real Deterrence
The information presented by the highly qualified sniper instructors and operators like Mark Spicer, Mark Lang, Jim Smith and K.J. Canterbury, as well as the volunteer cadre, was all focused on making sure the fellow S.W.A.T. sniper students could and would take back useful knowledge to make their own public venues safer. Each officer now knows enough to use their experience to contact their local arenas, ask the right questions and prepare their teams to support sniper response to a public venue. The result is that their local citizens—sitting in the stands watching their son sack the QB, or their favorite baseball team’s playoff game—they will be safer from opportunistic or preplanned acts of violence. 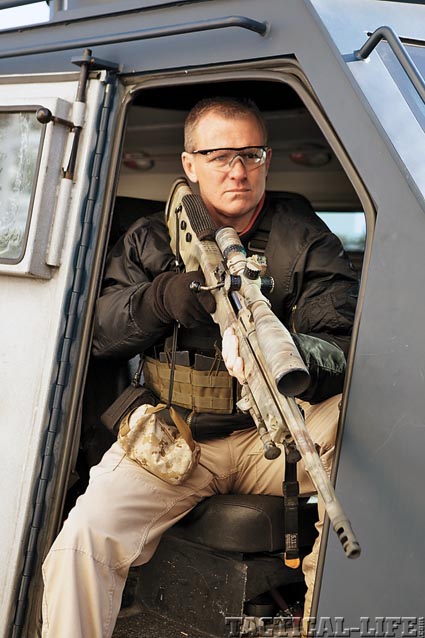 Students practiced deploying from inside the stadium, a helicopter and from this armored personnel vehicle.

The real deterrence: Now the bad guys know that some of the best shooters in the country could be behind the lights, quietly being the first in and last out, keeping watch over other Americans as they laugh, cheer and applaud in complete safety. For more information, visit ttpoa.org. 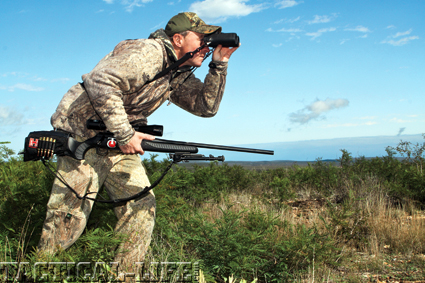 In 1966, Charles Whitman took a position about 300 feet above the city of…