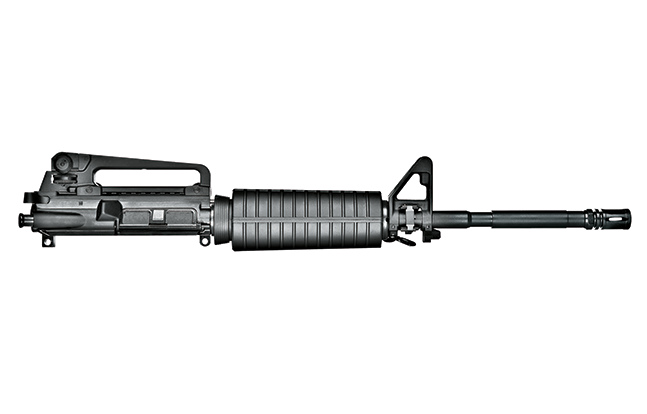 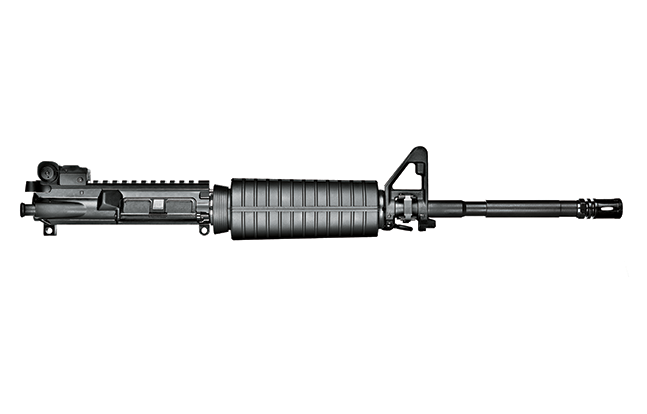 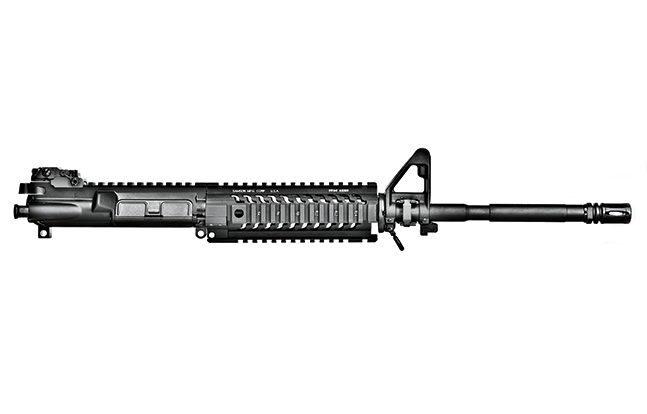 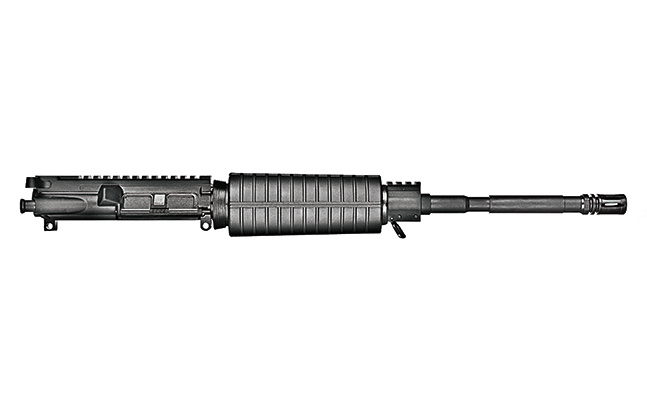 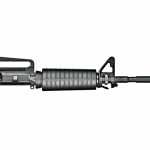 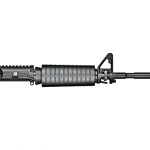 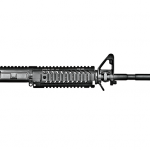 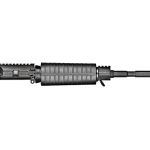 I’m a 6.8 SPC type of AR hunter—I’ve used the round in a Stag Arms Model 7 for many deer seasons. I’ve collected quite a few racks with the cartridge. Recently I heard that Stag Arms was starting to manufacture upper receivers in 300 AAC Blackout, or 300 BLK. The 300 BLK is the latest shiny round to be offered by many manufacturers, and it has enamored many and scorned a few. Wise hunters know that there is no perfect do-it-all cartridge. Perhaps those scorned by the 300 BLK tried to push the envelope? Push the envelope too much on any round and you’ll get burned with a miss or a wounded animal.

I had to try the 300 BLK for myself, so I ordered a Stag Arms upper in this new caliber, and all I can say is that it pushed out an unsuppressed, .30-caliber, 110-grain bullet at a muzzle velocity of 2,355 fps and shot 1-MOA, three-round groups. While it might be new and shiny, the Stag Arms upper and its 300 BLK chambering certainly had my undivided attention.

The 300 BLK’s ancestors are wildcat cartridges like the .300-221, the .300 Fireball and the .300 Whisper. The .300 Whisper was a wildcat round designed by J.D. Jones of SSK Industries in the early 1990s as multi-purpose cartridge capable of delivering bullets at supersonic and subsonic velocities. The .300 Whisper was never sanctioned by SAAMI, however. Advance Armament Corporation (AAC) picked up where the .300 Whisper left off, designing a better cartridge for certain situations encountered by special operations personnel. In a partnership with Remington Defense, ACC developed the 300 BLK, which is technically a 7.62x35mm round. It’s essentially a .223 Remington bottleneck cartridge case stuffed with a .30-caliber bullet. Its combined overall length is 2.26 inches.

Engineers and ballisticians have juiced up calibers for the AR-15/M4 platform for years, but the brain trust at ACC and Remington wanted to build a .30-caliber cartridge that fit in the AR-15/M4 platform, could perform at supersonic and subsonic speeds in the same weapon, and would have supersonic ballistics similar to the Soviet 7.62x39mm. They also wanted to be able to use existing magazines at full capacity; utilizing a different magazine would mean other changes to gear, and a major transition like this can have a domino effect on final costs.

It’s important to note that the .300 Whisper round as designed by SSK Industries is not SAAMI approved. Hornady’s .300 Whisper ammo is built to SAAMI 300 BLK specs and is compatible with 300 BLK weapons. PNW, Nosler, HPR, DoubleTap, Gorilla Ammunition, Remington and Barnes are just some of the manufacturers making factory 300 BLK ammo in supersonic and subsonic loadings. Finding ammunition is not an issue.

As I looked at factory load data it occurred to me that the U.S. military had gone down a similar road in 1938 with another cartridge when the M1 Carbine chambered in .30 Carbine was adopted. I’ve fired the .30 Carbine in my younger and more vulnerable years and know an old-time deer hunter who swears by the round. Of course, he has the patience and skill to wait until deer are less than 50 yards away. I’ve also used the 7.62x39mm in a Ruger Mini-Thirty, which I have to say is a nice round for taking deer up close. Both of these older cartridges are in the same velocity/energy class—more or less—with the 300 AAC Blackout.

I compared some factory data—muzzle velocity, muzzle energy, and energy at 100 and 200 yards—for these three rounds. Hornady, Remington and Barnes factory data showed that the supersonic 300 BLK loads were the fastest out of the barrel, but the 7.62x39mm had slightly more energy downrange.

Part of what makes the 300 BLK a popular round is that is uses the same bolt carrier and magazines as the 5.56mm NATO/.223 Remington. Only the barrel, crush washer and muzzle device on a 300 BLK upper, such as the model I tested from Stag Arms, are different.

Stag Arms offers its Model 1, 2, 2T and 3 series uppers in 300 BLK. I opted for a Model 3 series upper for testing because it comes ready for optics. The heart of the upper is a 16-inch, chrome-lined, government-profile barrel made from 4140 steel. The barrel has a 1-in-7-inch twist rate, which is good for use with all bullet weights. The muzzle sports 5/8×24 threading for muzzle devices, and the upper comes equipped with an A2-style flash suppressor. The low-profile gas block has a Picatinny rail for adding a front backup iron sight.

The flattop upper receiver is made of forged aluminum that has been Type III hardcoat anodized. The charging handle is mil-spec. The upper features M4-style, thermoplastic handguards with double heat shields. For testing, I installed the Model 3 upper on the lower of my Model 7. The receivers fit perfectly—exactly what I expected from Stag Arms. There was no wiggle or play.

I mounted a Nikon M-300 BLK 1.5-6x42mm BDC scope on the Stag Arms upper. The M-300 BLK is built with a 30mm tube and has an illuminated reticle calibrated for the 300 BLK. Numerous aiming points—tic marks and open circles—allow the shooter to fine-tune the scope to the ammunition. The center dot is illuminated, and users can adjust between 32 levels of brightness. The windage and elevation turrets are easy to adjust; each click equals 0.25 inches at 100 yards. The knobs are spring-loaded, so once the scope is dialed, lift the knob up and rotate it to zero and release. Parallax is set at 100 yards. I used the Nikon M-223 one-piece mount, which placed the scope at the perfect height with my cheek resting against the Model 7’s A2-style stock. The Nikon mount is made from a lightweight alloy. It slides onto the upper receiver’s Picatinny rail and locks in place with screws in the Picatinny slots.

I used two 300 BLK rounds from Hornady to test the upper: a subsonic, 208-grain A-MAX load and a supersonic, 110-grain V-MAX load. Both cartridges were light-recoiling and accurate. Beforehand, I didn’t know if the subsonic load would have enough backpressure to cycle the rifle, but it did. With the rifle locked into a rest at the range, the 110-grain Hornady ammo clocked an average of 2,355 fps, which translates to 1355 foot-pounds of energy (fpe). At 100 yards, three 110-grainers produced a 1-MOA group. The 208-grain Hornady rounds had a muzzle velocity of 1,045 fps and 504 fpe. These rounds created a three-shot, 0.65-inch group. According to a Stag Arms spokesperson, the 300 BLK generally creates groups measuring “1.5 to 2 inches at 100 yards, but customers generally get much better accuracy than that.” I definitely got better results than that.

These aren’t long-range cartridges; they should be used at short range, out to about 100 yards on small- to medium-sized game. Think coyotes and whitetail deer (maybe wild hogs at closer range and getting a direct hit to the vitals). If you hunt from a blind overlooking a food source within 100 yards, the 300 BLK will get the job done. Hunting with subsonic ammo is a different story. Subsonic ammo has a reduced speed, so its muzzle velocity and energy are reduced. Bullet makers like Lehigh Defense make subsonic bullets for the 300 BLK that provide maximum expansion. I’ve heard the company’s Maximum Expansion .308 bullets, loaded to a muzzle velocity of 750 to 1,200 fps, were used with suppressed rifles to cull deer. The bullets show good terminal performance, especially where pass-through is an issue.

I have not used the round to kill beasts, but from my initial accuracy testing and chronographing, the 300 BLK looks like a viable round, and the Stag Arms 300 BLK upper is a good investment for a hunter who wants to fire a .30-caliber bullet from an AR-15. 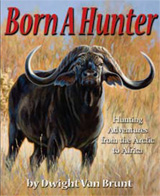