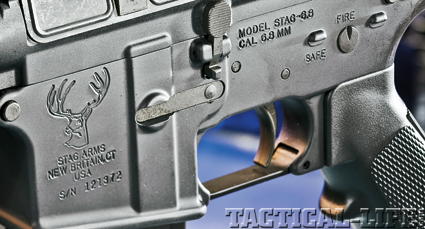 Historically, the left side, and subsequently left-handedness, was considered negative in many cultures. The Latin word sinistra originally meant “left,” but took on meanings of “evil” or “unlucky” during the Classical Latin era. This double meaning survives in European derivatives of Latin, and in the English word “sinister.” On the other hand (pun intended), when Stag Arms introduced a left-handed AR-platform rifle, southpaw shooters got a lucky break. 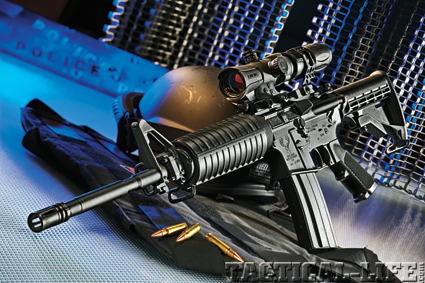 Some estimates put the number of left-handed people at about 15% of the population. The benefits of left-handed controls and ejection on an AR-15 is even more evident with the large number of military and law enforcement who have been forced to shoot a standard right-handed AR. The position of the standard AR’s safety and bolt release, and their manipulation by the right thumb and index finger, respectively, allow quick-handling characteristics. Swapping the controls and ejection port just makes sense for a left-handed shooter. Coupling the southpaw-friendly AR with the 6.8 SPC cartridge makes a handy rig for a left-handed operator or law enforcement officer. 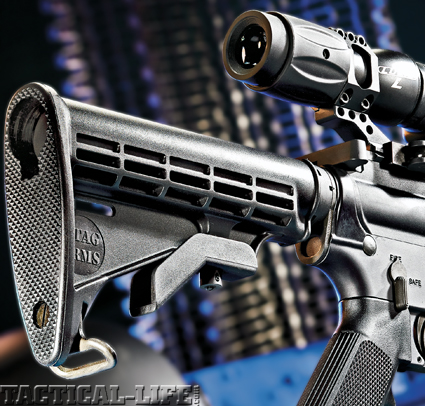 Gun Details
The 6.8 SPC was developed with collaboration from individual members of USSOCOM. Based upon the .30 Remington cartridge, it is midway between the 5.56x45mm NATO and 7.62x51mm NATO in bore diameter and velocity. It is particularly adaptable to current 5.56mm NATO firearms, the cartridge overall length being comparable. The 6.8 mm SPC was designed to perform better in short-barreled CQB rifles after diminished performance from the 5.56mm NATO when the AR-15 was changed from the rifle configuration to the current M4 carbine. The 6.8 SPC delivers 44% greater energy than the 5.56 mm NATO (M4 configuration) at 100 to 300 meters. The law enforcement application of Stag Arms’ left-handed 6.8 SPC carbine for southpaw officers should provide added firepower, as well as a more convenient AR platform. 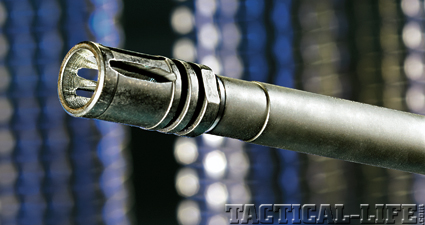 The 6.8 SPC barrel is tipped with an A2 flash suppressor, and is threaded 1/2×36 TPI. This makes it easy to attach standard-threaded accessories, such as a .30 caliber suppressor. 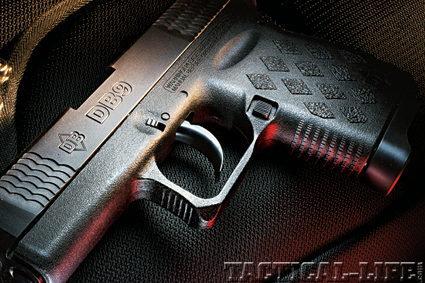