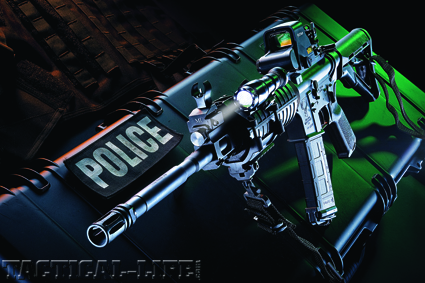 You have probably heard it all to the point of nausea; the Stoner system runs too dirty, the 5.56mm is an anemic cartridge, all would be better served with a (take your pick) 6.5mm, 6.8mm, 7.62x39mm or 7.62x51mm, gas piston guns run cleaner, gas piston guns break down under use, on and on and on…okay I get it. Gun people like debate and everyone has opinions. There is nothing wrong with debate, provided those involved are trying to solve a problem. In regards to individual security, whether it is military, police or responsible citizens protecting loved ones, finding answers is critical. Where this breaks down is the person who forms an opinion and then defends it regardless. While our ability to voice opinions is a corner stone can be poured inside to “soften” the build up. I have been told that everything from motor oil to suntan lotion has been used for this purpose.

While this is certainly a concern for members of our military that are serving in combat outposts far from what we call “civilization,” is it a problem for American law enforcement officers? After all, most street cops have ready access to maintenance gear to keep their guns working like new. Also, cops are not bound by the Rules of Warfare that restrict certain types of ammunition. US police agencies can make use of the best ammunition available, so should cops be concerned about the current AR system? Provided they receive quality training on how to shoot and maintain their AR I would tend to think not. At the same time, I hate to clean my AR-15, so I, like many law enforcement officers, are interested in any system that is reliable and offers reduced maintenance. Lazy, you say? Maybe, but I think most of us would rather be doing other things besides weapon maintenance. Thus, I do have an interest in the gas piston-driven guns that are being manufactured. The truth is, some are better than others and those that have failed seem to be a direct result of components that are too small and feeble to stand up to the needed task.

Gun Details
Like many of you, I have watched new guns arrive on the market with interest…but I did not partake, not wanting to be the “guinea pig” for any new product. The lone exception to this was the Ruger SR-556 with its large, robust piston system which some feel is “over-built.” Beyond this I just watched and waited until Stag Arms announced the introduction of its new gas piston gun. I have never hid the fact that I am a Stag Arms fan. I have used a number of their guns over the years and continue to be impressed with the fit, finish and reliability. Sure, I’ve seen a few Stag guns choke, but not many. In addition, Stag Arms was in the business of building quality AR parts for other manufacturers long before they began building guns of their own. The folks at Stag truly understand what is needed in a quality AR-15 and when they introduced their version of a gas piston system, I knew that they had done their homework before they built the first part.

Upon initial inspection, the Model 8 looks like any other AR carbine. It has a 16-inch M4 style barrel that is chrome lined with a 1-in-9-inch rate of twist. The 5.56mm military spec chamber will accept both 5.56mm NATO as well as .223 ammunition. As most readers know the two ammo types are not identical with minor differences in internal pressure and case dimensions. Simply, it is okay to shoot .223 in a 5.56mm chamber, but not vice versa. 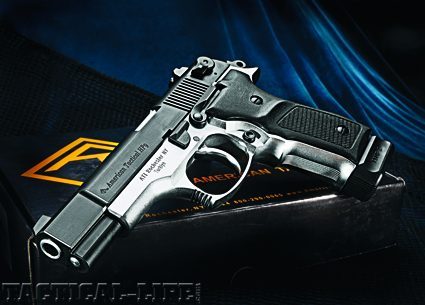 You have probably heard it all to the point of nausea; the Stoner system…