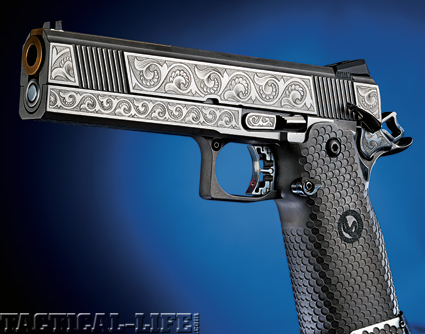 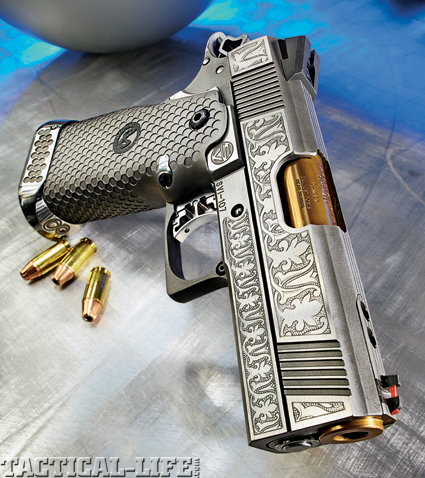 A working man’s gun is a sometimes worn, plain-from-the-factory tool that does its job. But any working man or woman who is a true enthusiast can appreciate the art of a finely crafted firearm. Engraving, an ancient technique used on weapons since early man, demonstrates ownership and power. Elaborate engravings inspire, decorate and awe. Gun engraving ranges from simple lettering of names, simple decoration or initials, to elaborate scenes that rival the museum-quality murals. The artistry of a finely engraved firearm should pique the interest of any shooting aficionado, and the craftsmanship of Steve Dunn on a 1911 is a work of art. 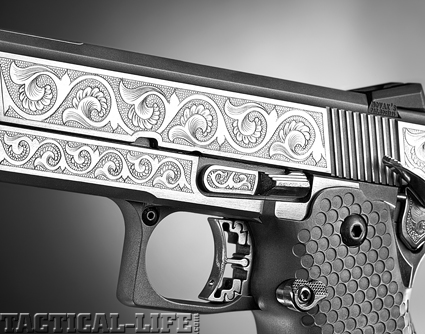 The exquisite artistry of a finely engraved firearm speaks to the true shooting aficionado.

Dividing his time nearly equally between engraving guns and knives, the Smith Grove, Kentucky artisan has been crafting weapons since 1988. Starting as a hobbyist, in 1990 Dunn enrolled in the basic forging class at the ABS school in Washington, Arkansas, where he started forging his own Damascus steel. He progressed quickly through the apprentice, journeyman, and in 1994, he reached the level of Master Bladesmith in the American Bladesmith Society. Shortly thereafter, he began teaching at the ABS knife-making school as a Master Smith. In April 2002, he took my first class at GRS under Chris DeCamillus. Finally, in 2003, he was elected to serve on the American Bladesmith Society Board of Directors. “I was asked to teach in 2005, and have been teaching at the GRS school ever since,” Dunn said. “I also attend several gun and knife shows each year demonstrating engraving for GRS.” 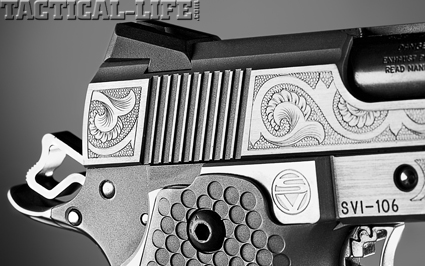 This pistol has almost 80 hours of machining and hand finishing, then received 35 to 50 hours of hand engraving.

Eye For Quality
“All of my knives have forged blades, since I believe a properly forged blade has no equal when it comes to performance,” Dunn said. “Superior quality can be imparted in the steels that cannot be accomplished any other way. Along with forging, I believe the degree in which a knife is heat-treated will determine how well it will perform. Each knife is tested for strength and durability before it leaves the shop. Each knife is made one at a time and special attention is given to every detail.” His attention to detail in both firearms and knife work is his signature of success. 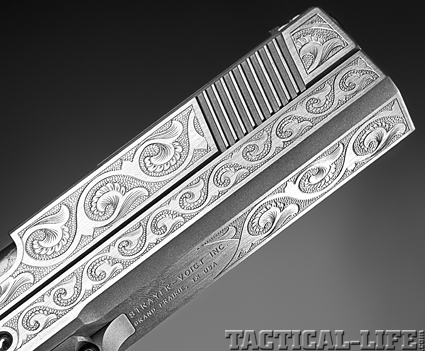 Attention to detail being an understatement, the high degree of Dunn’s craftsmanship is self-evident.

Dunn is an advocate of and favors Bulino-style engraving, and now serves as an instructor at the GRS Engraving School. “I thoroughly enjoy teaching, and hope it shows in my work,” Dunn said. “I engrave the knives that I make and also engrave guns. Most of my gun work is American-style scroll, though.” 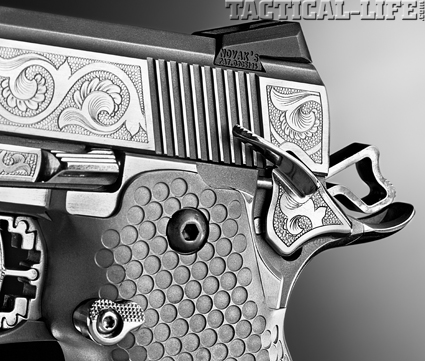 Dunn is well versed in American, English, Arabesque and Germanic-style scroll engraving methods. Truly highlighting his talents, his Bulino engraving, previously mentioned, is an Italian-style engraving that depicts hunting field scenes, animals, people and the like. “I just finished a Dakota Arms Model 76 rifle for Raymon Hunt, a rancher from Texas who was planning an African buffalo hunt,” Dunn recalled. “I engraved a warthog and buffalo on the rifle, and plated the work with gold. I worked on that rifle about a month, engraving the floorplate, grip cap, sight bases, and the sides of the receiver and on the barrel.”

Another example of Dunn’s work is a 9mm Infinity. Highly engraved in Arabesque style, the one featured in the accompanying photographs is one of 10 that Dunn produced, all showcasing different patterns.

After consulting with a customer, Dunn draws a design on paper. “It’s kind of like building a house,” Dunn said. “You’ve got to sketch a blueprint of what’s to be engraved and get that perfected before picking up an engraver’s tool.” When asked about the time it takes to engrave a handgun, such as a Model 1911, “it usually takes two and a half to three weeks for a full-coverage gun,” he said. 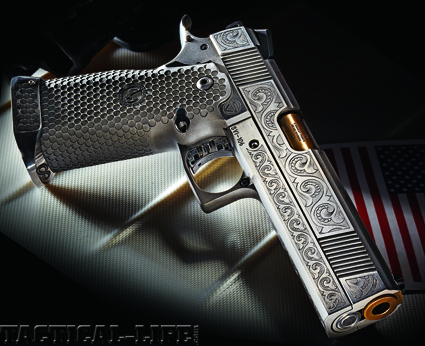 Several of Dunn’s customers order matching sets of engraved guns and knives. “I prefer 52100, 1084, or L-6 for my carbon steel knife blades,” Dunn continued, “Depending on the application, I use a variety of carbon steels in the Damascus I make. My basic knife styles include hunters, fighters, Bowie, swords, battle axes, liner-lock, lock-back, slip-joint folders and one-of-a-kind pieces. All of these knives can be made in carbon steel or Damascus steel patterns.”

Custom orders are welcomed. Feel free to contact Dunn concerning any knife or gun engraving needs you may have by visiting stevedunnknives.com or calling 270-563-9830 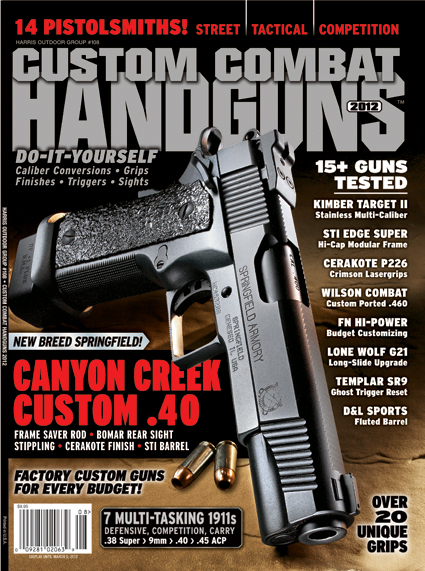 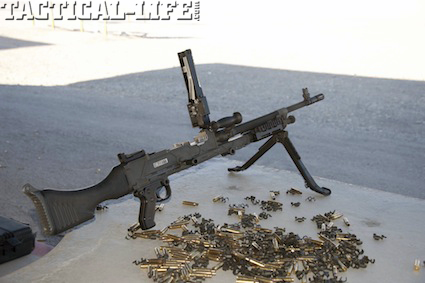 A working man’s gun is a sometimes worn, plain-from-the-factory tool that does its job.…