WASHINGTON, May 4, 2009 – U.S. military strategic focus is shifting from Iraq to Afghanistan, the chairman of the Joint Chiefs of Staff said at a news conference today. Navy Adm. Mike Mullen also said he is very concerned about Taliban advances in Pakistan, and that officials in Pakistan and the rest of the region must be patient and persistent.

“We stand ready, and we have stood ready, to assist the Pakistanis in their fight against this common enemy of ours,” Mullen said.

The chairman, who returned from a trip to the region last week, said the U.S. strategic focus must shift to Afghanistan. “I say that with the full knowledge that we still have about 136,000 American troops in Iraq, and that the fighting there isn’t over,” he said. America remains committed to operations in Iraq, and will remain in the country long enough to ensure the Iraqis can provide for their own security, he added.

“But Afghanistan has been an ‘economy-of-force’ operation for far too long,” Mullen said. “The Taliban, aided by al-Qaida and other extremists and safe havens across the border, are recruiting through intimidation, controlling through fear and advancing an unwelcome ideology through thuggery.”

The Taliban also are making advances in Pakistan. “I am gravely concerned about the progress they have made in the south and inside Pakistan,” the chairman said. “The consequences of their success directly threaten our national interests in the region and our safety here at home. This isn’t about ‘can-do’ any more; this is about ‘must-do.’”

“The Pakistani military and the Frontier Corps have achieved some successes in recent days,” he said, and he added a rhetorical question: “Can that be sustained?”

Mullen said he remains concerned about the reactions of the Pakistani government and military to the Taliban. If the Swat deal unravels as it has so far, he said, the political support is not consistent with what needs to be done from a security standpoint.

But that’s for Pakistan’s military and civilian leaders and the Pakistani people to work out, Mullen said.

“We all recognize, obviously, the worst downside of those nuclear weapons [coming] under the control of terrorists,” he said. “I don’t think that’s going to happen. I don’t see that in any way imminent whatsoever at this particular point in time. But it is a strategic concern that we all share.” 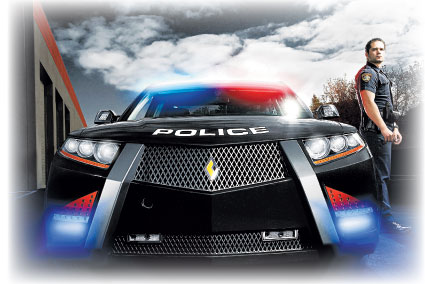 WASHINGTON, May 4, 2009 – U.S. military strategic focus is shifting from Iraq to…